I have a satellite image that has a few bands in it. But I don't know what colors they are supposed to represent, nor do I know where to look for this information--the file's metadata say nothing about this. Is there a way to determine what color each band represents? How can I find out which band is red, blue, NIR, etc.?

As others have mentioned, the best practical way to determine which bands are which is to look at the source metadata, which is widely available for common products like ASTER and Rapideye.

You can also derive much information about the bands doing a little legwork in Erdas. This is a useful skill to have if you are given, for example, a Rapideye image with only 3 or 4 bands. Investigating spectral reflectance properties of water yields particularly useful information. To illustrate, the attached image shows a Rapideye scene with 5 spectral bands. I used the Spectral Profile tool located under Raster > Utilities > Spectral Profile. Four samples were taken: water, forest, farmland, and developed (Figure 1).

We know that water is very good at absorbing longer wavelengths (e.g. RE, NIR) and very good at reflecting shorter wavelengths (Figure 2). If you take a look at the spectral reflectance curve of the Rapideye imagery (Figure 3) that correspond to the sample points in Figure 1, it quickly becomes clear which bands are which. Based on the comparison of theoretical Figure 2 and empirical Figure 3: Blue is band 1, green is band 2, red is band 3, Red edge is band 4 and NIR is band 5. 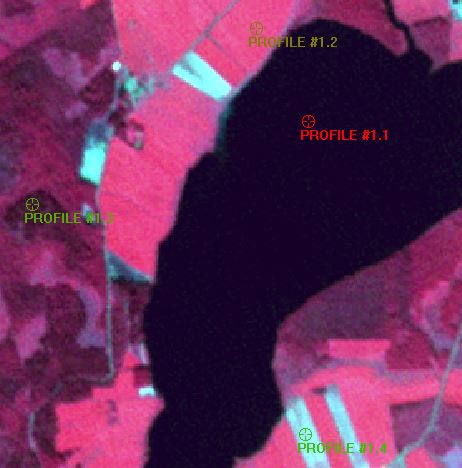 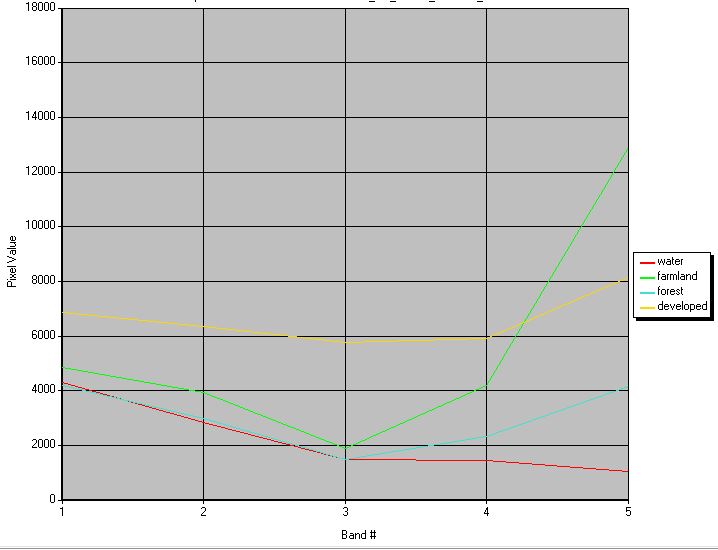 In order to know the wavelengths or colors that bands in a raster represent, you typically need to know what instrument they were created with. Some software can make automatic assignments based on the file format, but the labels might not always be clear. I recall doing some work in ENVI where it would give you the wavelengths but not the band numbers. I had to track down the specs on a chart that gave band number, width, and color.

Based on your comment, you have Aster and RapidEye data. An Aster band list can be found on the Wiki for that instrument and will tell you Band 1 = visible green/yellow, Band 2 = Visible Red, and Band 3N = Nadir NIR. I'll leave the RapidEye band determination to you, but give you that hint.

So your second image is Near Infra-Red/RedEdge/Green

Rapid eye comes in GeoTiff format comprised of 5 bands (listed here). The images that you have are probably composites.

RGB is Red, Green, Blue that represent RGB, NIRREG (possibly NIR and near edge), and color infrared (CIR). In CIR, NIR is seen as red, green as blue, and red as green.

Not the answer you're looking for? Browse other questions tagged remote-sensing image erdas-imagine band or ask your own question.

2
How to read the wavelength of each channel in a UAV .tif image