I am putting this data on geoserver and probably thought to store it in the web mercator projection 3587.

You can see in the image the black square near Australia is where the features land but should be where the blue swingley circle is. I brought in OpenStreetMap from OpenLayers plugin in QGIS and then brought in the borked layer. The geometry scale doesn't seem to be off...or said differently...it's features seem to measure a reasonable distance.

If I had to guess I would say that I projected it correctly but may have defined it incorrectly in postgresql. I could run through the steps again with new data (I did this a few months ago and subsequently got my laptop stolen so no trace of anything I did but my virtual servers humming along).

I would like to solve this problem as well as become well versed with QGIS. Any ideas?

I was thinking of changing projection in Postgresql but I don't know what I'm doing. Thanks! 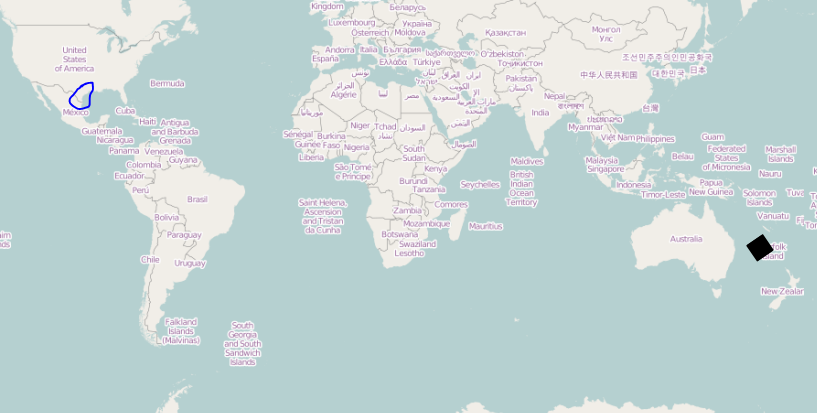 I defined the srid wrong. Transposed the 8 in 3857 for the 5. I used the statement below to fix!!!! Forest for the trees!

Not the answer you're looking for? Browse other questions tagged qgis postgis coordinate-system qgis-2 or ask your own question.

62
Layers with same coordinate system should align/overlap in ArcMap but do not?