What's the correct way to reproject a population raster?

According to the metadata, the grid cells are "30 arcseconds (1 km)" in size (on a side presumably) and their values represent the population count in that 1 km^2 area.

When I use Project Raster, the tool automatically fills the "Cell Size" parameter with a value around 830 meters. When I compare equivalent 3-by-3 windows of data cells between the WGS84 and the Albers versions, I'm finding that values have been changed.

Here's WGS84 (ignore the 4th column of cells for now): 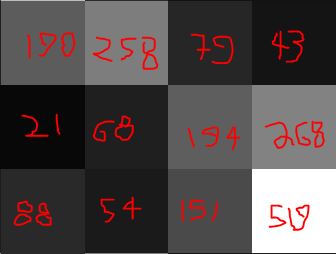 Here's the Albers equivalent of the 3-by-3 window above: 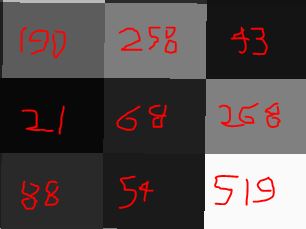 Note that, when the WGS84 one is projected to Albers, the values in WGS84's 3rd column are "displaced" by the values in the 4th column. I'm assuming it's doing some kind of nearest-neighbor resampling because of the altered cell size? The ranges on the 2 rasters also differ by ~2,000 on the top end.

What is the correct way to do this reprojection while remaining loyal to the original population counts? Why are my values clearly being altered so there is no one-to-one correspondence and what's the best practice for accounting for this?

Given your examples above, you must be using "Nearest Neighbour" option to do the resampling in the Project Raster tool. That's why some values "disappear". What else can it do, it takes the nearest value (measured by cell center position) and assigns it to the new cell in the new coord sys. A histogram of the cell values between the old & new can never be the same when projecting. Try using bilinear or cubic options to get an "average" of the inputs for the new cell value. If you still want these to be whole numbers then afterwards you can do an "int" on the output. As regards cellsize, the default is calculated as mentioned above. You can set the cell size and the origin point in the tool or using the environment settings.

Not the answer you're looking for? Browse other questions tagged arcgis-desktop arcgis-10.1 raster coordinate-system or ask your own question.

1
Multiplying Raster Value with Pixel size using QGIS?
2
Dealing with raster: creating it in projected CRS and exporting it in geographic CRS
1
After turning census block data into a raster, how do I redistribute the density to reflect land cover types
0
Pixel depth and raster output won't align with the original
2
How to calculate the area of each WRB soil class with the 2017 TAXNWRB_250m raster?
2
Raster Cell Size differences between ArcMap and R