I have data from the Census Bureau's LEHD files that record number of jobs within blocks groups. I want to convert the number of data in the LEHD into a feature that I can use to calculate block density of the density of jobs in the block groups. How do I do that? I have read something about using the Float to Raster tool but I am not sure how to use it. 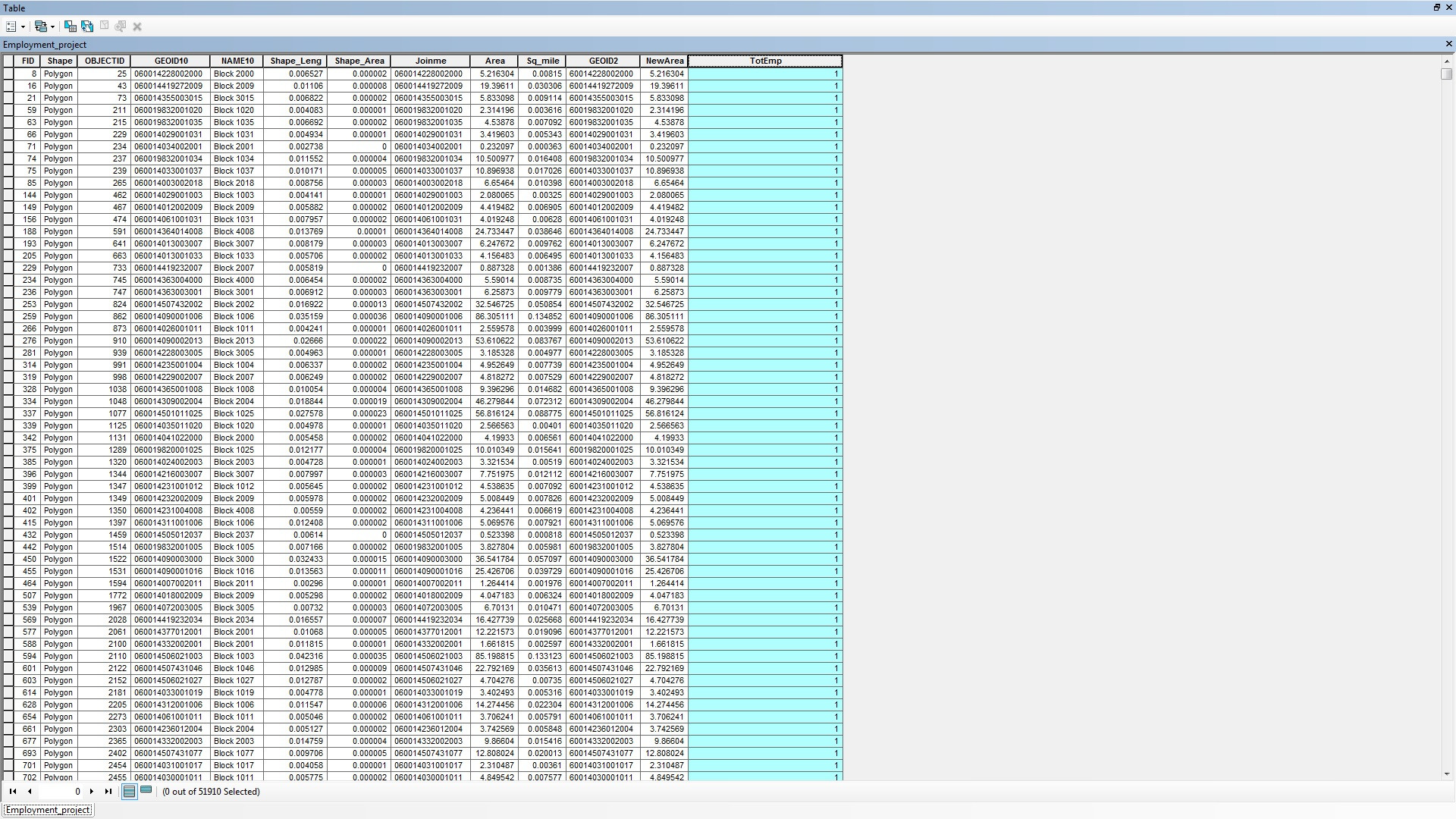 I've worked with LEHD data before, including in a GIS context so I can probably clear up some of the confusion. First off, S000 does not represent a point, it represents an attribute. Secondly, I can tell that user26056 is working with Origin-Destination data because the GEOID's in the w_geocode are repeating and the S000 usually shows a bunch of 1's for almost all records. Third, S000 in the context of the Origin-Destination dataset represents the number of jobs held by people who live in the 2010 Census Block defined by h_geocode and also work in the 2010 Census Block defined by w_geocode. Sometimes S000 equals more than just 1, although this probably happens in densely populated areas.

If you are interested, I made a tutorial back in Grad School along with accompanying example data that shows how to create heat maps using Kernel Density in ArcGIS. I hope it helps your situation.

You do not explain what kind of data you have, but if it is point data you should be able to use QGIS to do point on polygon analysis. Here is a link to a article about this: http://maps.cga.harvard.edu/qgis/wkshop/pt_in_pgn.php

BTW - Census block data are stored as vector polygons, so you should not need to transform your data to raster

A shapefile consists of 3 (ish) parts: The .shp, which contains the geometry, the .dbf, which contains the datatable, and the .shx, which relates them to each other. To get density, you will need a shapefile with density, which is a polygon. LEHD data is provided in points. However, there is a field on the LEHD data has a field that can be used as a unique identifier to match it to census polygon shapefiles for 2010. It may be called FIPS or GEOID or something else (I forget). Download the polygon shapefiles from Census TIGER or NHGIS. Join the DBF from the LEHD data to that file. Add a field to the resulting file, calculate the area of each polygon. Divide the number of jobs by area to get density.

Not the answer you're looking for? Browse other questions tagged arcgis-desktop convert kernel-density or ask your own question.

2
Looking for Employment Density Data: Employees per unit of area by industry by county (USA)