How to extract a new linestring vector from a existing multipolygon in QGIS?

What I want to do: create a new line (named linestring in Postgis?) from existing multipolygon layer in Postgis.

Purpose: once these lines are created, I'll run some distance calcs from specific points.

What I'm doing: Like in the image below, I select the layer in QGIS, click on the button "Toggle Editing", click on "Node Tool", select the neighborhood to show its points with the Node Tool, select the points based unpon a rectangle I draw, the poinst become highlighted in blue, and then I don't know how to save them as a new line. 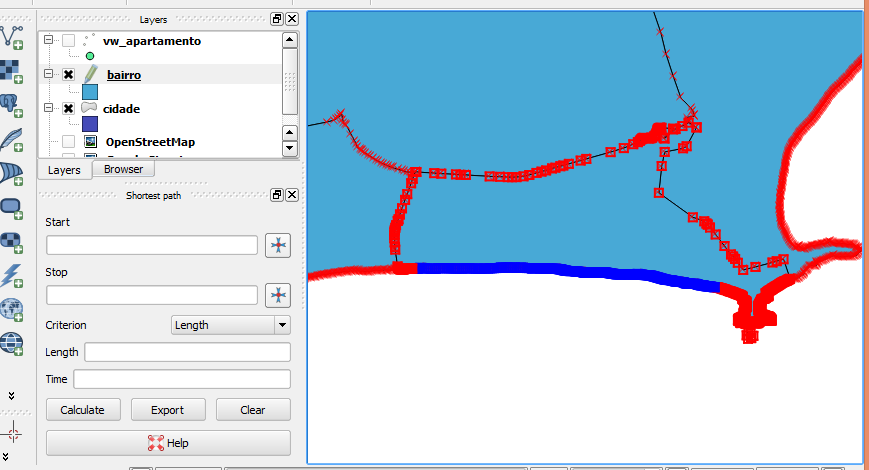 UPDATE: I've found this tutorial to manually create a new feature. It will be my backup technique if there is no other.

Use the polygon to lines tool and then remove those parts of the line layer which you don't want to keep.

Given the nature of the lines you're trying to create versus the geometry you have, I think it will probably be fastest/simpler to just create new features as in the tutorial you have linked to. Any method that actually converts the polygons to lines will involve splitting the lines at certain points and/or deleting a lot of extra nodes/lines/etc.

There is a plugin that might help speed things up a bit more called AutoTrace, which helps trace existing features rather than snapping to and clicking on each vertex you want to follow individually.

Not the answer you're looking for? Browse other questions tagged qgis postgis polygon linestring geometry-conversion or ask your own question.