Cartogram plugin for leaflet or OSM

Does anyone know if there is a plugin to make cartograms for leaflet? I have sets of geotagged Twitter datas and I'd like to distord the map according to the density of tweets of every area of the world.

As cartograms are mostly changing the tiles I'm not sure if Leaflet is the most interesting plugin to do so (as it's mostly done to display datas on a static map layer like an OSM one), but as I begun to use it a lot for other purposes it would be easier to implement in my code.

Another approach would be to find a plugin to transform directly the OSM layer without using Leaflet, but I don't know if that exists too. 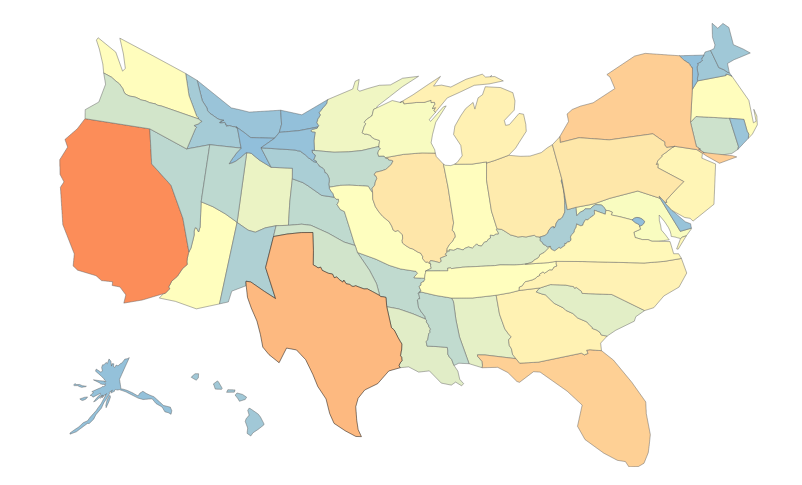 cartogram.js is a JavaScript implementation of an algoritm to construct continuous area cartograms.

AFAIK non of the current JS webmap toolkit support cartograms. The heavy load of vector transformation etc. might be a reason.

If you need it live/interactive you might choose an heatmap instead.

Otherwise you might want to give QGIS/R/... or other renderers a try to calculate/render an WMS layer and embedd it to Leaflet/OpenLayers.

Not the answer you're looking for? Browse other questions tagged openstreetmap leaflet twitter cartogram or ask your own question.