Projecting INEGI shapefiles from Mexico - not lining up [duplicate]

I have two INEGI shapefiles from Mexico (2000 and 2010) that I want to line up with one another. The 2010 file projects in the right location and I would like the 2000 file to match/line up with the 2010 one. The shapefiles contain various cities in Mexico - some line up almost identically (see example of Minatitlan) while others are dramatically different (see example below of Tetepango).

I originally posted a question about getting data from 2000 to project in the correct location in Mexico, which made the cities are least be in the generally correction location! See the response here: Projecting INEGI shapefiles from Mexico 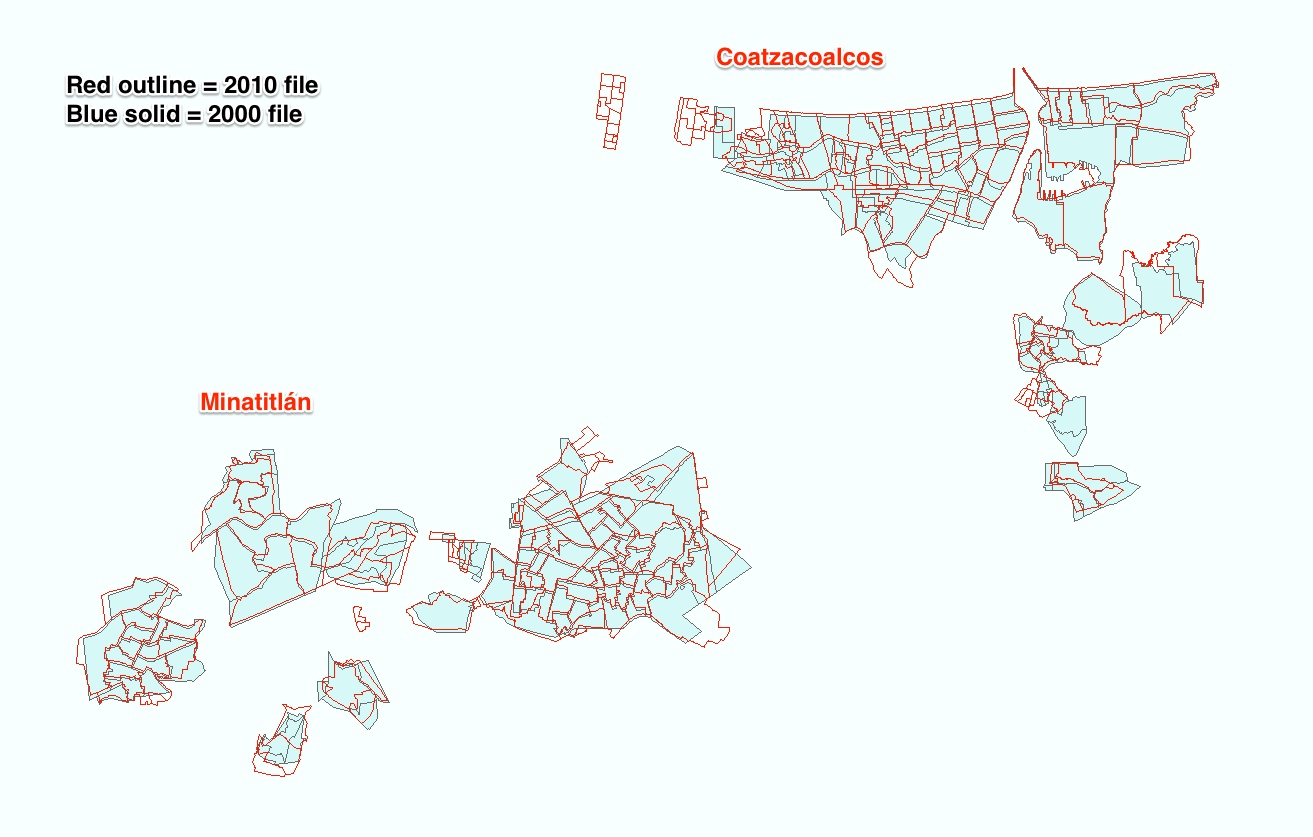 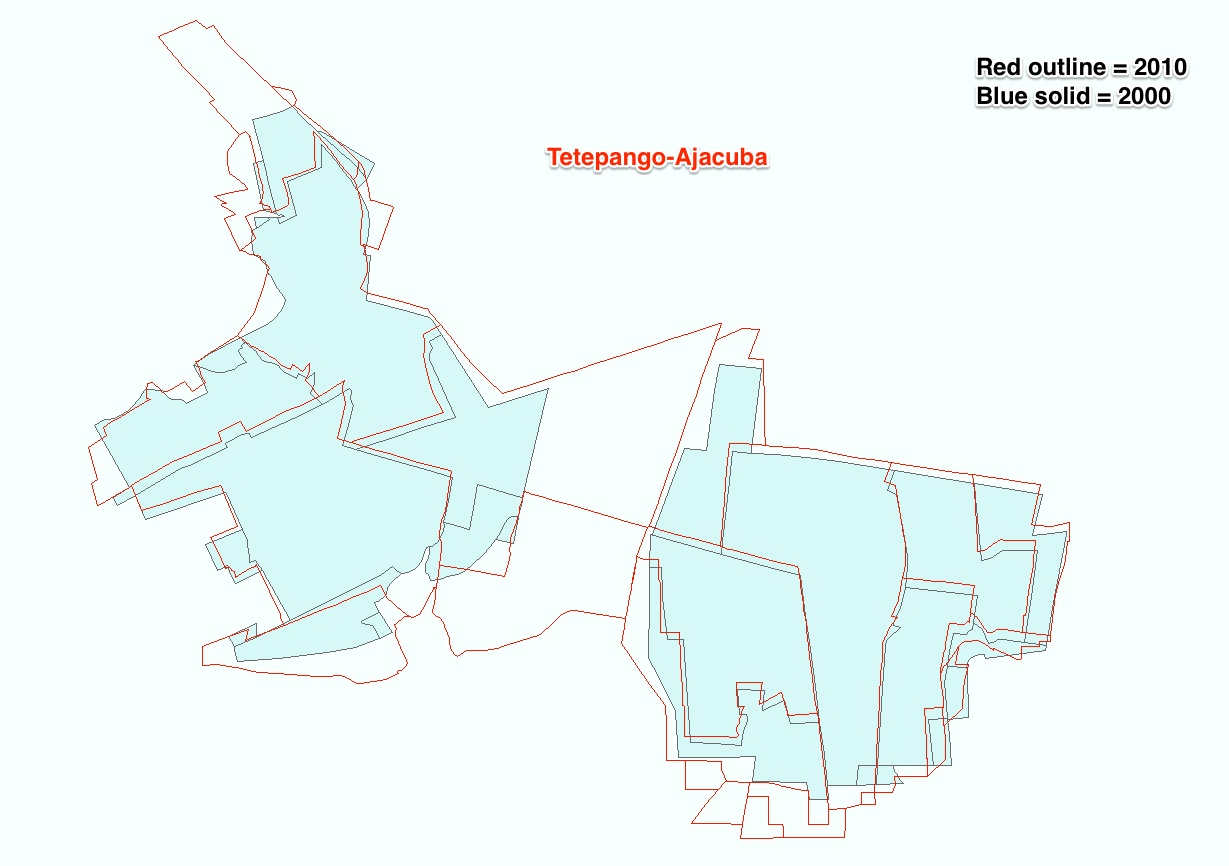 If your efforts defining projections and/or projecting your datasets have not produced a satisfactory result then I think that you should investigate spatial adjustment rubbersheeting:

Geometric distortions commonly occur in source maps. They may be introduced by imperfect registration in map compilation, lack of geodetic control in source data, or a variety of other causes. Rubbersheeting is used to make small geometric adjustments in your data—usually to align features with more accurate information.

Not the answer you're looking for? Browse other questions tagged arcgis-desktop coordinate-system spatial-adjustment mexico or ask your own question.