Dynamically drawing a polygon around another shapefile, ArcGIS 10.2

Let's say I have a vegetation raster that indicates the density of forest all over the world. I also have a shapefile that contains the admin boundaries of each country in the world. The easy part is to make sure the grid cells are within the country boundary, but what I want to do afterwards is to create a separate polygon boundary that will surround the region in question. It is best to do it dynamically based on a certain density threshold, that could vary from country to country. I haven't exactly figured out how to handle that yet, but once I do, how would I go about encasing that data within a polygon that can be saved as another shapefile. I have attached an image of what I want the result to look like. 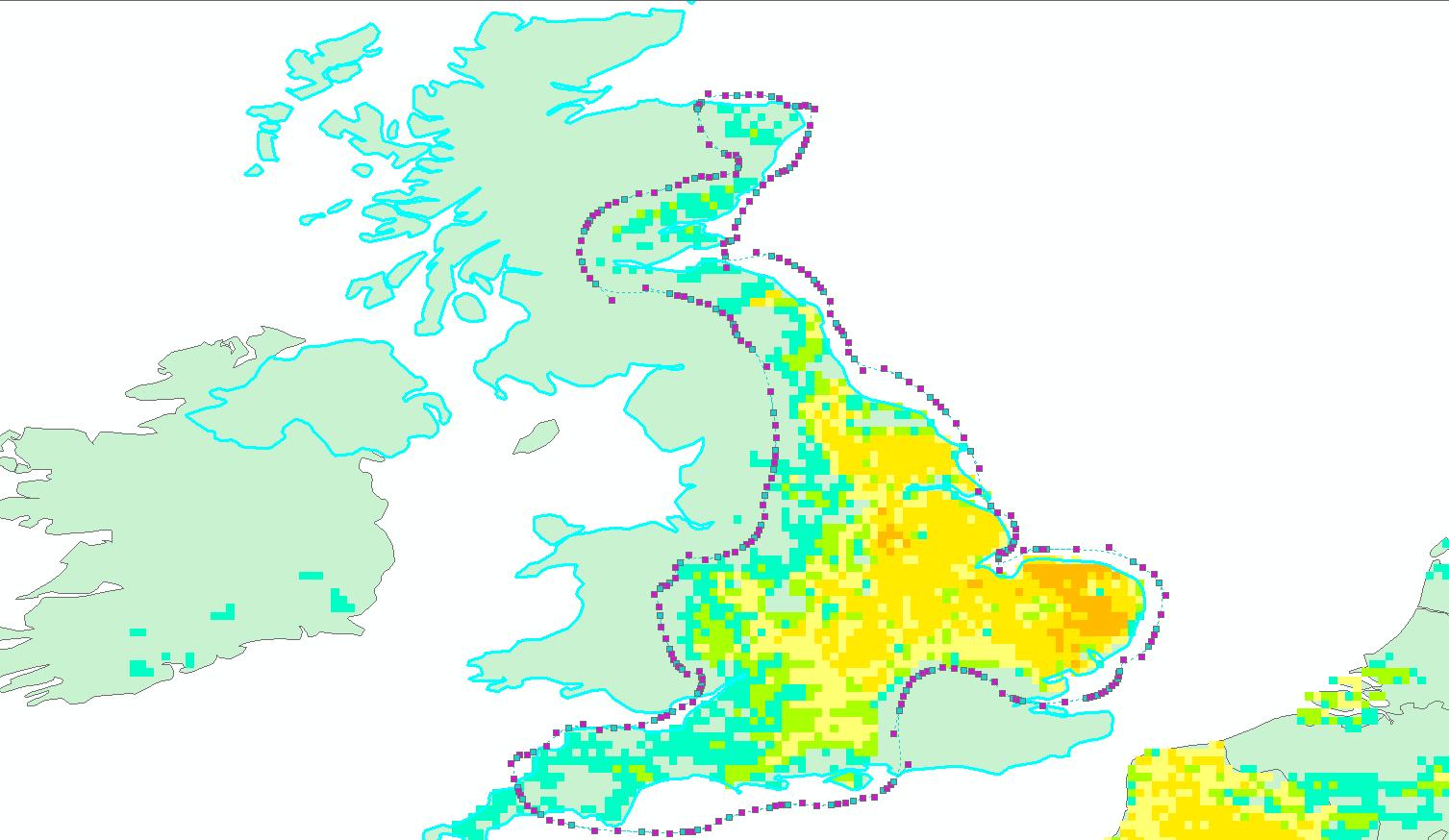 So after a threshold is determined, a polygon will be drawn around the area as tight to the boundary as possible, excuse the freehand above, and then output it as a new shapefile. Is this possible and any ideas on how it can be done? Would using Model Builder be feasible to create a tool that would take the density shapefile, boundary shapefile, and threshold value as inputs to produce a polygon?

Is it possible to Convert Raster to Polygon, then use the polygons in one of the tools referenced by Branco's comment?

Not the answer you're looking for? Browse other questions tagged arcgis-desktop polygon arcgis-10.2 modelbuilder polygon-creation or ask your own question.

16
Creating convex hull in ArcGIS Desktop?
5
How to group individual groups of pixels into a single class

28
Dividing polygon into specific sizes using ArcGIS Desktop?
1
Identify the fraction of raster cells and listing all the cell values in every polygon
9
Intersect (analysis) of polygons generating empty output
0
Analysis of positioning polygon on polygon using ArcGIS
1
How to Count point in polygon + on boundary?
4
Retaining all fishnet grid squares within boundary of polygon from another feature class?
3
Create largest circle (maximum radius) inside a polygon in ArcGIS for Desktop?
0
Using ArcGIS ModelBuilder to Spatially Join using subset of point shapefile?
1
Splitting census areas based on another polygon shapefile