How can units be defined in QGIS for the Rasterize tool?

I am using QGIS 2.4 (Chugiak) via the kyngchaos build for OS-X. My question is--when using the Rasterize tool to convert a point vector layer to a raster and using the "Raster resolution in map units per pixel" option, how are "map units" defined?

So far as I can tell thus far, "map units" are decimal degrees regardless of other settings. The "Canvas units" setting under Project Properties --> General does not change this. Changing the coordinate system under Project Properties --> CRS does not change this. "Map units" are not dependent on the CRS of the input layer, nor on the CRS of the first layer added to the project. Is decimal degrees the only option and not modifiable in any way, or is there some other setting I have yet to find that defines "map units" in this context?

The reason I am curious is that if you have a point shapefile you wish to rasterize, and that shapefile uses a regular grid that defined in a projected coordinate system (e.g., a grid with points at 1000 m in NAD83 Z13) rather than a geographic coordinate system, there is no "Raster resolution in map units per pixel" that will be appropriate except over rather small areas if decimal degrees are the only map units that can be used. What you want to tell QGIS in this context is "rasterize this vector layer with a pixel size of 1000 m by 1000 m in NAD83 Z13" not "rasterize this vector layer with some pixel size of X by Y degrees". It seems there must be a way to get QGIS to do this, but I have yet to find it.

Map units are defined by the source layer's projection. You should check your original source file, confirm that it is actually in UTM (and showing projected coordinates in metres, as in the example below) and not simply set as UTM (which can be done falsely). 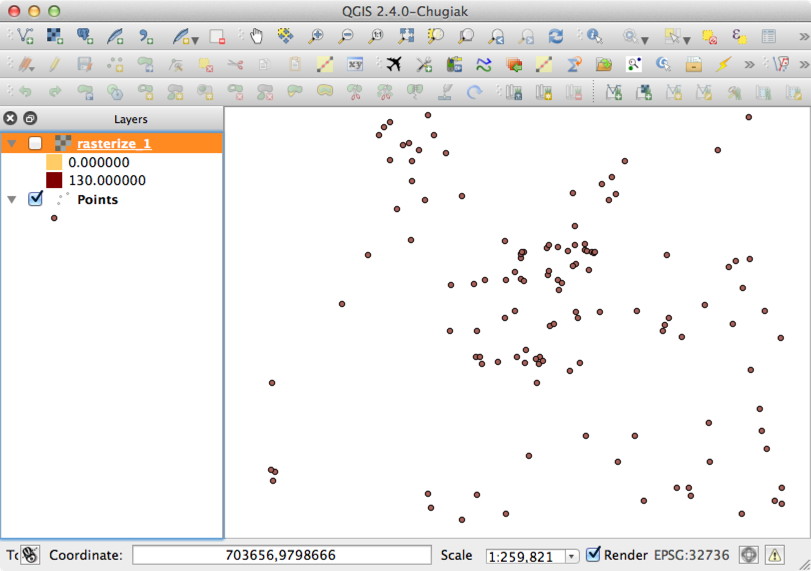 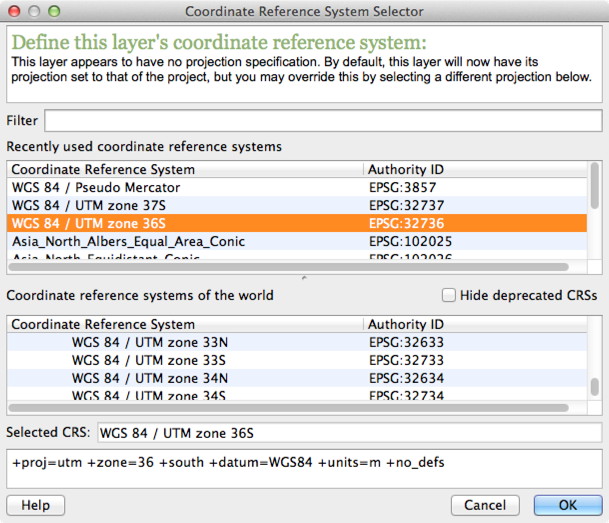 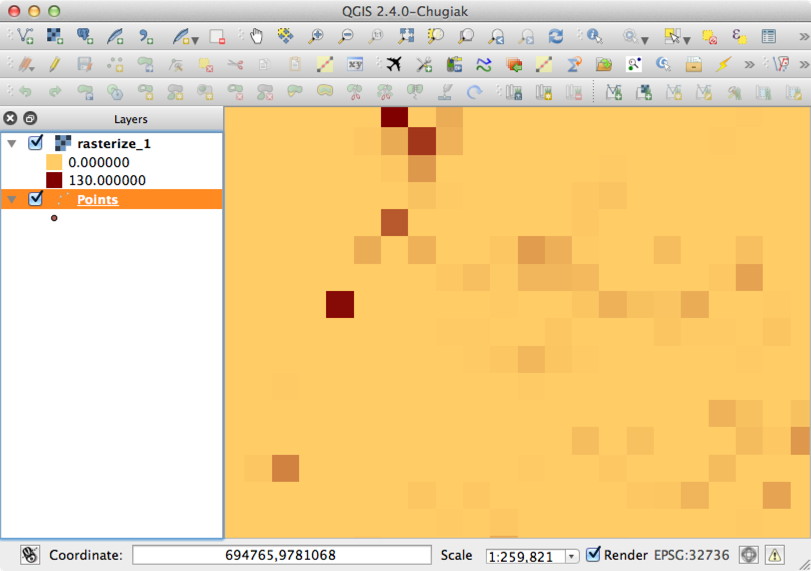 Not the answer you're looking for? Browse other questions tagged qgis raster cartography units or ask your own question.

24
Understanding QGIS buffer tool units
4
Specifying coordinate reference system (CRS) for scalebar that is different to project CRS?
1
Receiving NULL values from Point Sampling Tool in QGIS
2
Rasterization of point vector in QGis: how to align the resulting raster to an existing one?
5
How to Change the buffer distance from degrees to meters in QGIS 2.14 Essen?
4
How can I set the project CRS to an existing User Defined Coordinate System with python in QGIS?
4
Raster DEM vertical units are defined in meters, yet Arcmap displays them in feet
3
What are the X Units for an elevation profile and how can I change them to meters?