When should I be calling a 'rectangular grid of pixels' a raster or an image?

Reading through GIS literature, it sometimes feels that authors use the two terms with a specific meaning in mind. I always treat the terms interchangeably. Am I wrong?

Read the first line in the link. See how it says an image service provides access to raster (and image), hinting at different meanings for the two terms.

With what understanding I have:

Image is an artifact and used in a generic sense, referring to a representation of any real world object.

Images may be two-dimensional, such as a photograph, screen display, and as well as a three-dimensional, such as a statue or hologram. They may be captured by optical devices—such as cameras, mirrors, lenses, telescopes, microscopes, etc. and natural objects and phenomena, such as the human eye or water surfaces.
The word image is also used in the broader sense of any two-dimensional figure such as a map, a graph, a pie chart, or an abstract painting. In this wider sense, images can also be rendered manually, such as by drawing, painting, carving, rendered automatically by printing or computer graphics technology, or developed by a combination of methods

Raster, on the other hand, is a data structure used by computers to create/manipulate images in digital form. They have a rectangular grid of pixels, representing different values.

So what we call a picture or image in real world, comes to be known as raster in digital parlance.

That's the reason they are used interchangeably...!

You can refer the Wikipedia pages for image and raster to get more insight.

Let's stop being so square. Why is rectangularity a requirement? It seems like hexagonal grids could also be thought of as a form of raster, as well as an image format if your sensor array is hexagonal. Hexagons have some interesting properties ... why aren't people studying hep-trees like they used to? 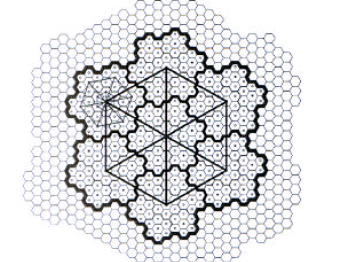 We're falling behind - extra-terrestrials have begun tessellating Saturn with hexagons, as show in this image taken by NASA's Cassini space probe.

It appears that the raster data collected by a weather radar is not rectangular either. Is there a word for a sector shaped pixel? It seems like a tool that combines a series of doppler weather images into a single rainfall accumulation image would be useful. Converting to rectangles would result in loss of precision.

Here's the precip ... I don't think they calibrate it against raingauge data.

I always saw imagery as a subset of raster, i.e. all imagery is a raster but not all rasters are images. For example think of rasters that represent elevation or travel time to a hospital.

I think a combination of the two previous answers is really correct.

A raster dataset is a rectangular grid of cells. Each cell represents a value in a continuous surface.

The confusion is probably that some raster formats (eg MrSID I believe) are only designed to store imagery (only has color bands), whereas a format like TIFF has color band and numeric band support and can do much more.

Of course one question is: is a raster depiction of a map classed as an image? eg I scan a map; what do I have? Technically it might be stored as an image, but would you call it a "raster map" or a "raster image"?

Not the answer you're looking for? Browse other questions tagged raster imagery terminology or ask your own question.

1
Display Rectangular Data Grid
3
Gdal: How iterate through all pixels of a raster image?
0
How to convert a bil image into grid in ArcGIS?
11
Raster vs Grid vs Lattice terminology?
0
Converting satellite image into raster
5
The term for determining the pixels of a raster image
1
Is Esri high resolution (0.3m) imagery service still available?
1
REST Queries for ESRI Map Service Raster Layers