I'm trying to use a map of Austrias districts from the GADM project. The Shapefile can be found here: AUT_adm.zip (All other formats provided by the project appear exectly equal.)

The coordinate reference system is latitude/longitude and the WGS84 datum.

Comparing this map with the official (but not as detailed) NUTS3 shapefiles from "Statistics Austria" and with Google Maps (all done within QGis) shows differences between the borders of the administrative areas.

Google Maps (and OpenStreetMap, ...) are nearly equivalent with the files from Statistics Austria. Unfortunately, the maps from GADM are not congruent with the other sources. Additionally the distortion grows from West to East. 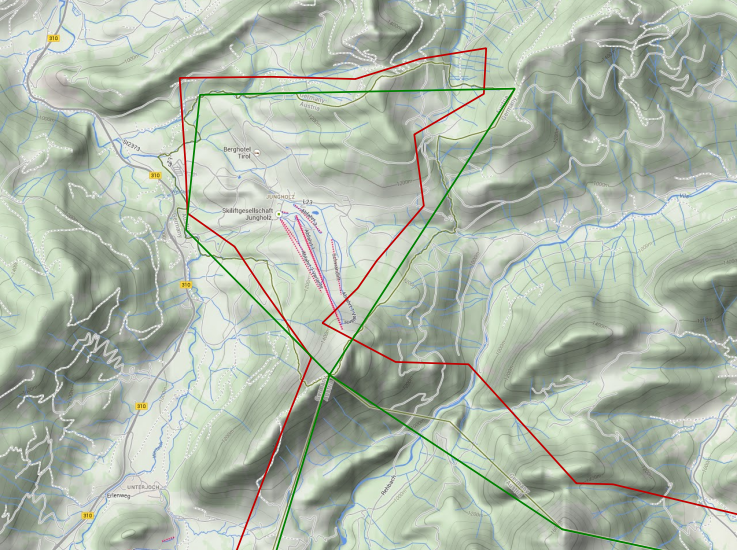 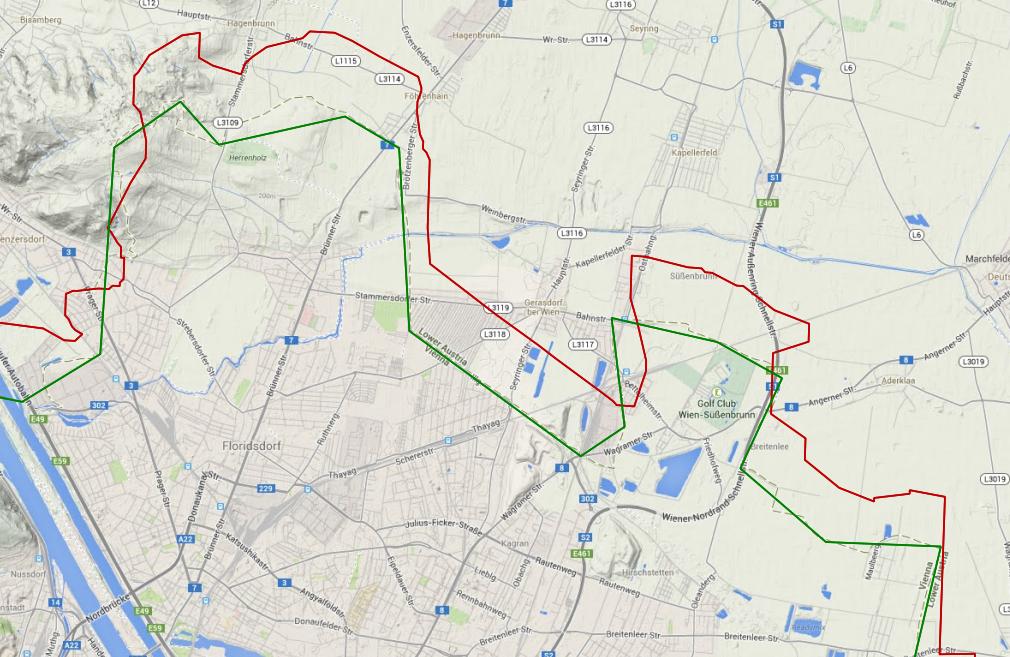 Of course I tried to import the original data as well as projections to the same CRS (epsg:3857). As expected this did not alter the results.

I agree that the data is offsetted, but it is not a constant offset. I compared it with Openstreetmap boundaries from https://osm.wno-edv-service.de/boundaries/ in blue:

The Vienna borders are off to the North, but the state border to the east is almost correct. So there is not much more that you can do with the data than delete it. Take the borders from OSM from the source above, they are pretty accurate by now.

Not the answer you're looking for? Browse other questions tagged shapefile coordinate-system gadm or ask your own question.