Run a large model by calling it in a python script?

I've created a rather large model containing a sub-model that calculates the volume of water basins(playas) in a relatively flat area of Texas. The volume is taken from one foot slices of each each basin up to the point of overflow. I would like to use it to batch-process several sets of the input parameters sequentially.

There are 3 input parameters that are as follows: the map extent(XMin YMin XMax YMax) which the user sets around the basin to be processed; the name of a geodatabase to create(String variable); and the name of the basin itself(String) which is referenced within the geoprocessing tasks from an existing feature class. The model works great but I can only run it once.

I would like to be able to use the input as follows:

The problem I run into is that the model will not run sequentially when using it in the batch window. I'm aware that this is a known limitation of the model builder environment and have had many suggestions that what I'm trying to do is better handled by a Python script. So....

Me: I have a small knowledge of python scripting, but am well versed in model builder.

I have not done much geoprocessing in python. Mainly small scripts that calculate values and other pretty light tasks.

I've included a picture of the model so you can get an idea of what I'm dealing with. I know that it won't really be readable. I can provide more in depth examples if needed. 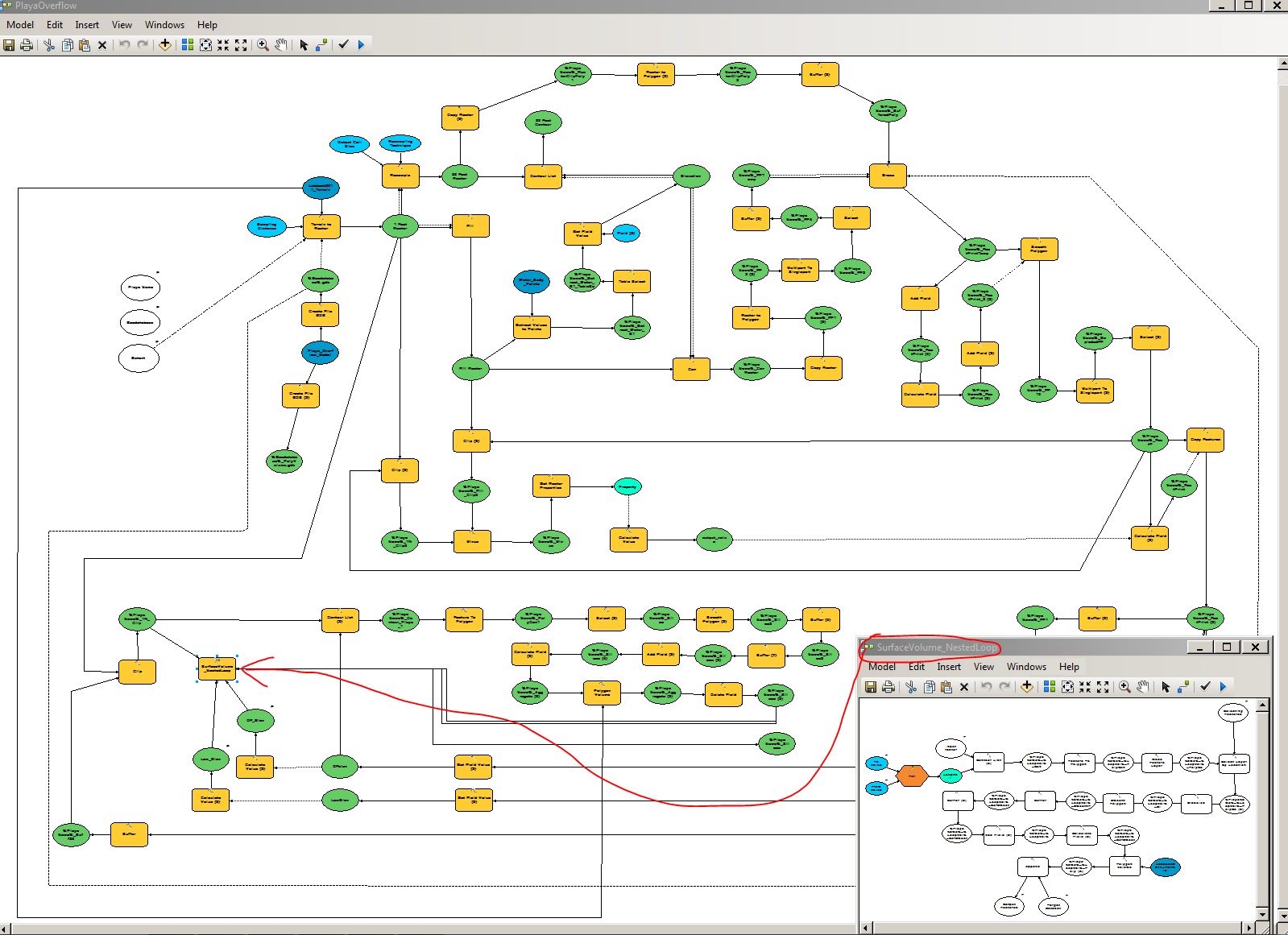