Is there any way to 'clean' up ASTER v2 DEM data?

I downloaded all the tiles I needed, then plotted them to find that they don't all seem to have the same quality. Basically, you can see all the edges of a lot of the tiles. Is there any way to clean this up? 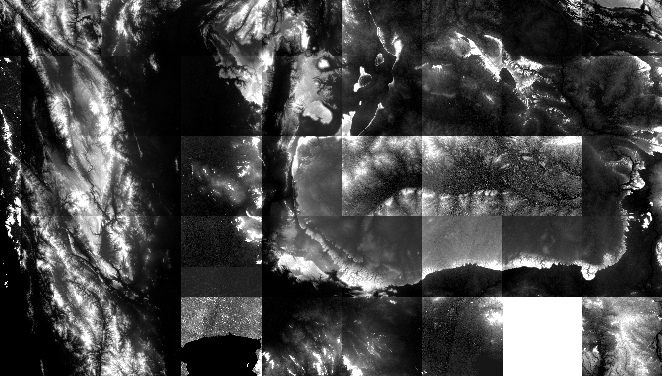 Chris, Maksim is right, you should be able to solve this problem by mosaicing each of your individual tiles into a single DEM. The problem that you have currently is that each of the individual DEMs has it's own display minimum and maximum values over which the same greyscale palette is being stretched. Consider, for one tile the 256 (perhaps more) grey tones of the palette are being used to represent the elevations from that tile's minimum value of 243 m to perhaps 548 m, yet in a neighbouring DEM, the same colours are being applied to the range of elevations from 125 m to 437 m (all numbers and ranges are fictional and intended for demonstration!). This is why you can see the boundaries between tiles. When you mosaic the DEMs into a single raster, the palette will be stretched between the overall dataset's minimum and maximum elevations and you won't see the boundaries between the individual tiles anymore. Alternatively, you can change the individual tile display min and max values such that they are consistent for each tile.

Consider the two images below. In the first image, the two DEM tiles are apparent because they are displayed with their palettes stretched to each of the file's minimum and maximum elevations. In the second image, I have simply changed the display min/max values of both individual tiles so that they are the same and capture a range of values among the dataset as a whole. You'll notice that you can't see the edge between the two tiles any longer, and that is without the need to mosaic. 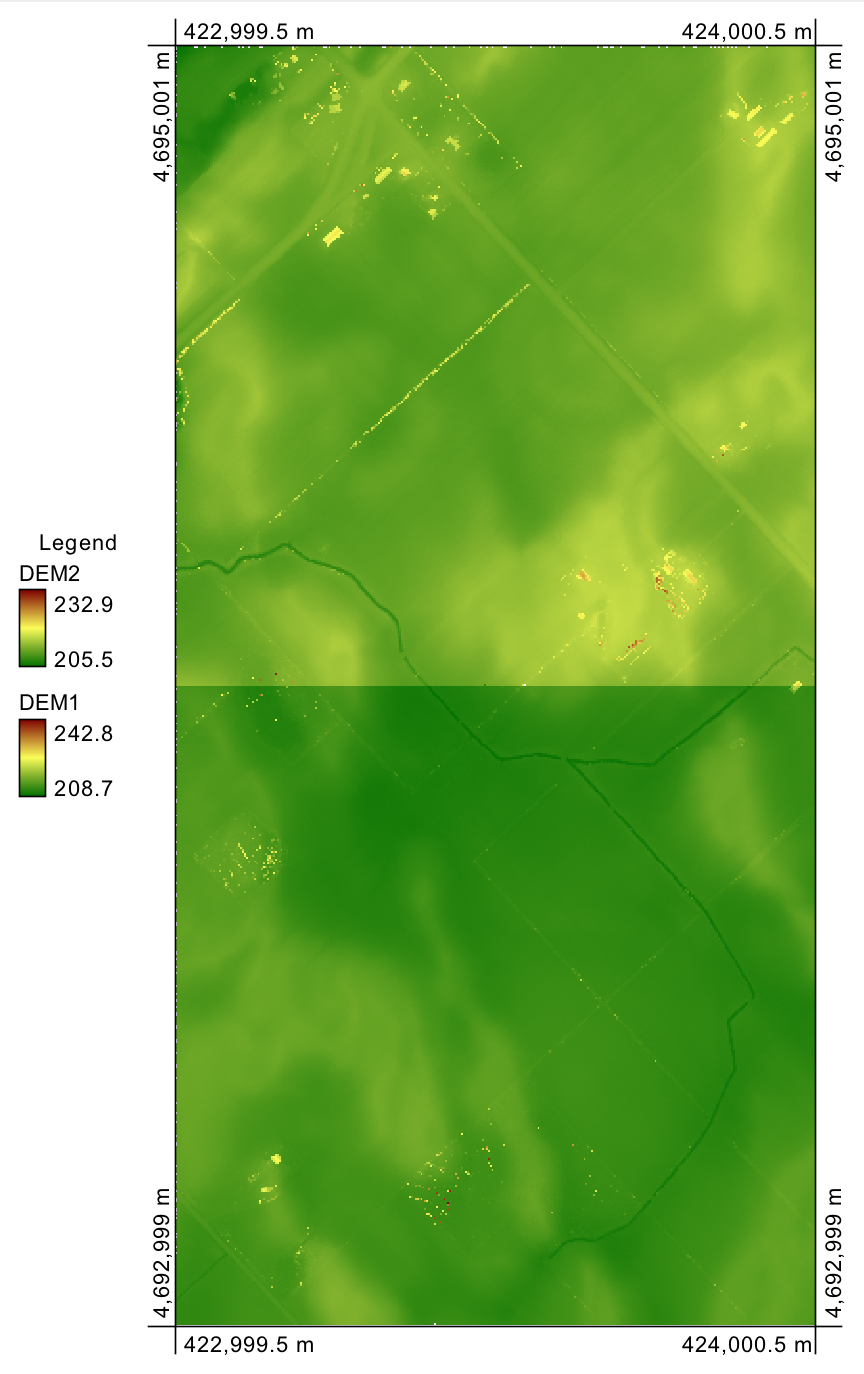 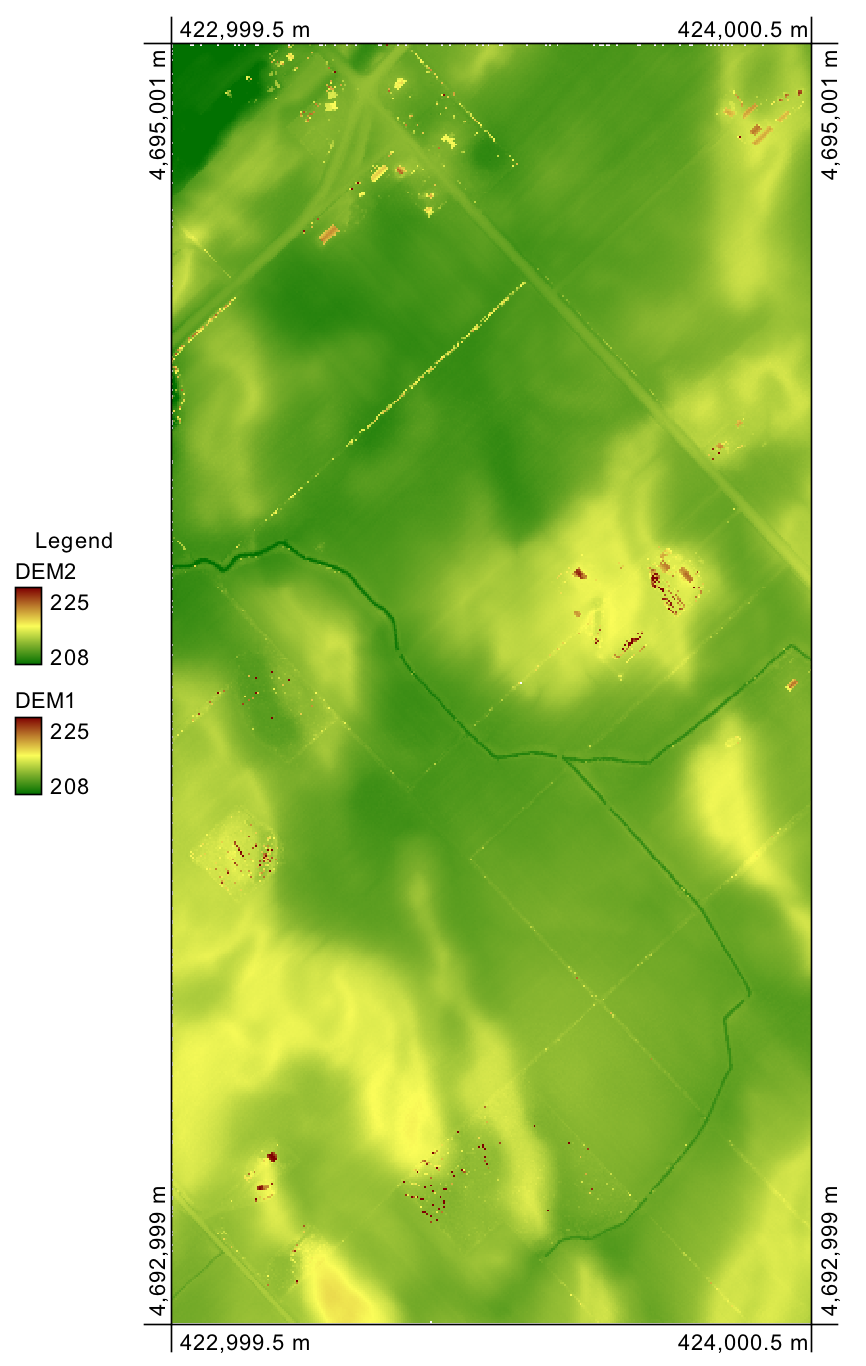 Creating a mosaic dataset and adding in all your rasters should solve your problem.

Not the answer you're looking for? Browse other questions tagged arcgis-desktop raster tiles color mosaic or ask your own question.

56
Choosing colour-ramp to use for elevation?
3
Using ASCII LiDAR data tiles which are centimeter rounded (n Z) in ArcGIS Desktop seems to round them to meters?
5
Failing to merge rasters in QGIS
4
Clean up edges in raster mosaic
1
Stretched raster symbology not working in ArcGIS for Desktop?