Update row with another not None row

I'm working with an attribute table in ArcMap 10.2 where there are some 30 fields mainly consisting of NULL values. I don't want to display to users a table full of NULL values as it'll be difficult to read. See below image: 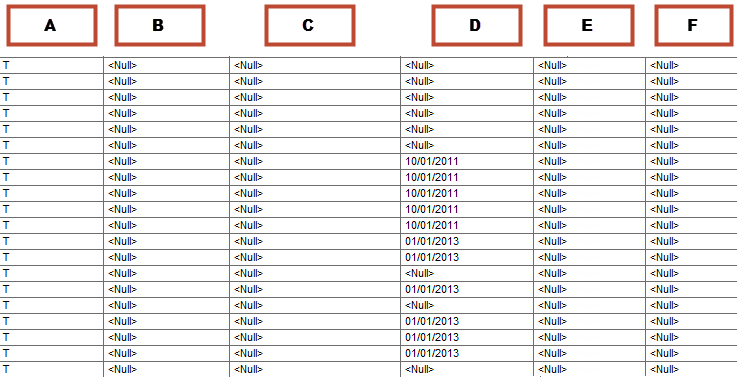 In this way a user can select a feature with the identify tool and see what values there are rather than scrolling through loads of NULL values.

Does anyone have suggestion on the general construct of the script? Including the da.SearchCursor, da.UpdateCursor, and I guess by way of row index if statements to query if not none add to SUMMARY field with delimators ":" after field name and "." after row value.

Here is some untested code that should do this. It assumes you want to skip over the first field which is ObjectID and that the summary field is the last field in your table. All other fields in between would be evaluated and included in the summary, although it should include logic to skip over the shape field or any GlobalID field. Of course the SUMMARY field needs to have at least as many characters in the field as the longest concatenation of field names and values possible to avoid a potential error of a string overflow:

The above should work for file/personal geodatabases and shapefiles (although shapefiles do not support text fields with more than 255 characters, so they probably won't work for this particular data). If this data is in a versioned SDE database or in a complex feature class with things like topology, feature-linked annotation, geometric network, etc. you will need to set up an Editor session and operation around the update cursor code.

However, if you set up an Editor session on a Feature Class with feature linked annotation and include any field that participates in an annotation label expression or label query definition in the update cursor field list those fields will be treated as modified fields by the Editor even if the values were not changed and the annotation will be rebuilt by the label engine and destroy any manual edits. This is a behavior I have reported to Esri and I am requesting that it be classified as a bug.

Not the answer you're looking for? Browse other questions tagged arcgis-desktop arcpy arcgis-10.2 or ask your own question.

4
What is the most efficient way to search a geodatabase for NULL-like records?

5
“Sequence size” doesn't match row in Python?
2
Performing Conditional Calculate Field with Many to One using ArcMap?
1
Update all cells in column to match value of first row?
3
Having arcpy.da.SearchCursor access only selected row in attribute table?
2
Calculating row in field based off another row in same field using ArcGIS Field Calculator?
1
Search Cursor to apply summarize statistics to all the row in a column
6
Update Cursor skipping last row?
2
How to access a “geoprocessing value object” when a row in ValueTable is empty (Python Toolbox)