I want to be able to download high resolution 3 arc degree resolution (90 meters) from NASA's earthexplorer.gov site. However it is a bit confusing for a beginner like myself. I want to be able to do this for my country i.e. India. I go here http://earthexplorer.usgs.gov/ and by pressing shift I zoom into the area of interest by creating a rectangle. Then it displays 4 coordinates and then I ask for datasets. I get so many options and each are of very small sizes. Am I supposed to download all of it or just any one of it ? If I am supposed to download all of it is there a way to do it all in one download ? I presume then I will have to use progamming code to concatenate these separate .hgt files together.

I recently wrote an SRTM download tool that works from the free and open-source GIS, Whitebox Geospatial Analysis Tools (which can be downloaded here). The user simply specifies the range of lat/long values for their area of interest and the tool will download all of the .hgt tiles from the FTP site, mosaic the tiles into one seamless raster, and then fill NoData gaps through interpolation. I describe the details of the tool further in the blog linked here. I find that it helps to speed up the workflow when you're dealing with quite large numbers of SRTM tiles. For example, here is a 90 m SRTM seamless mosaic DEM of the British Isles, which took less than five minutes to create, including the download time of the 91 individual .hgt files. 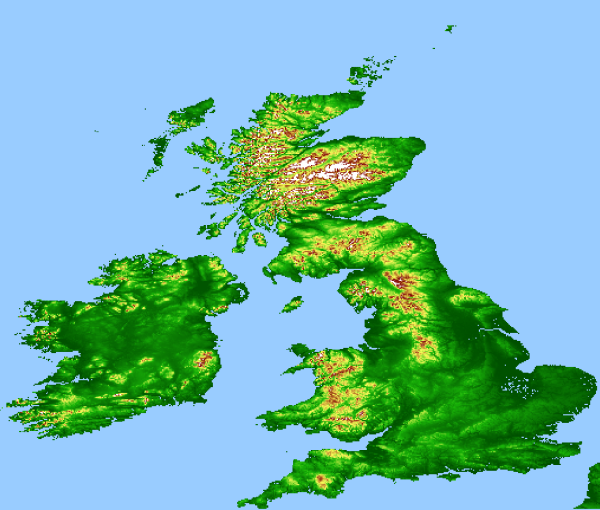 The tool will be publicly released with version 3.2.1 of Whitebox GAT, but it can be retrieved from the Whitebox repository now if you're interested in a preview (follow the link in the blog). 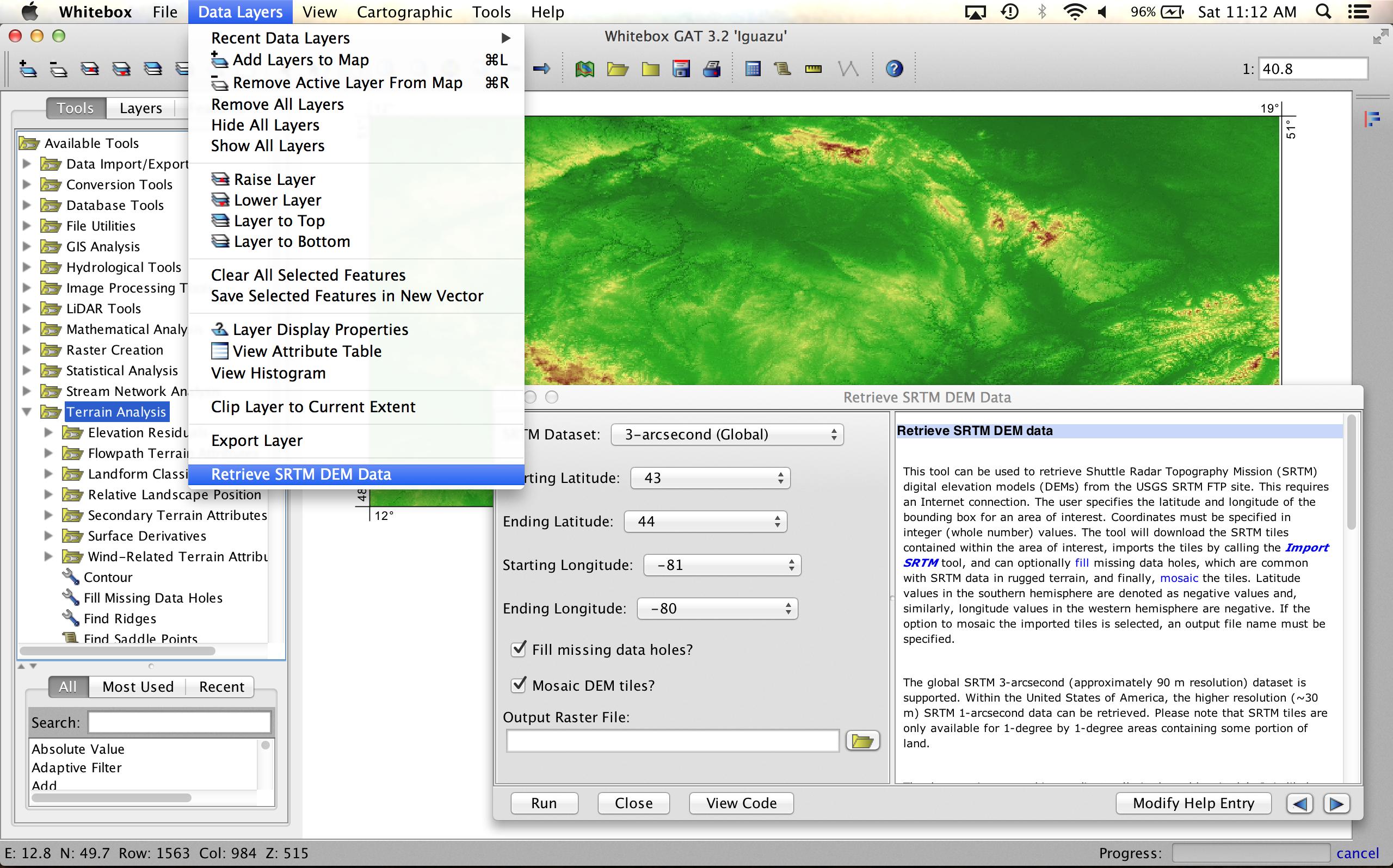 I've just publicly released the latest version of the software, which includes the SRTM data downloader tool described in this post.

You will find explanation on the SRTM datasets here:

The download site offers ASTER DEM, GTOPO, and SRTM with and without corrections. I assume you want the last one.

The 3 arc dataset cover 1 degree x 1 degree areas. depending on the size of your bounding box, that can be one or several files.

Once downloaded, you can stitch them all (they align, but don't overlap), or build a vritual raster with gdalbuildvrt to avoid large files.

Not the answer you're looking for? Browse other questions tagged data srtm or ask your own question.