I'm trying to figure out the coordinate system of some data I downloaded from a no-longer-maintained USDA website.

The data's still accurate, it's just floating in space.

I've tried several state-plane systems, a number of UTM systems, etc. My brute force method is running out of steam.

I'm using Quantum GIS, so what I've done is started a new project, imported the state of new mexico's counties to the system and let the metadata assign its coordinate system (EPSG:4269 - NAD83).

I tried about 30 different coordinate systems so far, and none of them get the data any closer than almost-in-line east-to-west and out of line by about 1000 miles north-to-south.

The image below is a screenshot of qGIS with Erodability due to wind data, with an assigned system (EPSG:26915 - NAD83 / UTM zone 13N) based on a guess, which is obviously wrong.

I've marked the origin with a small dot, if it helps.

For what it's worth, I went over the metadata files, and I didn't see anything relating to coordinates. 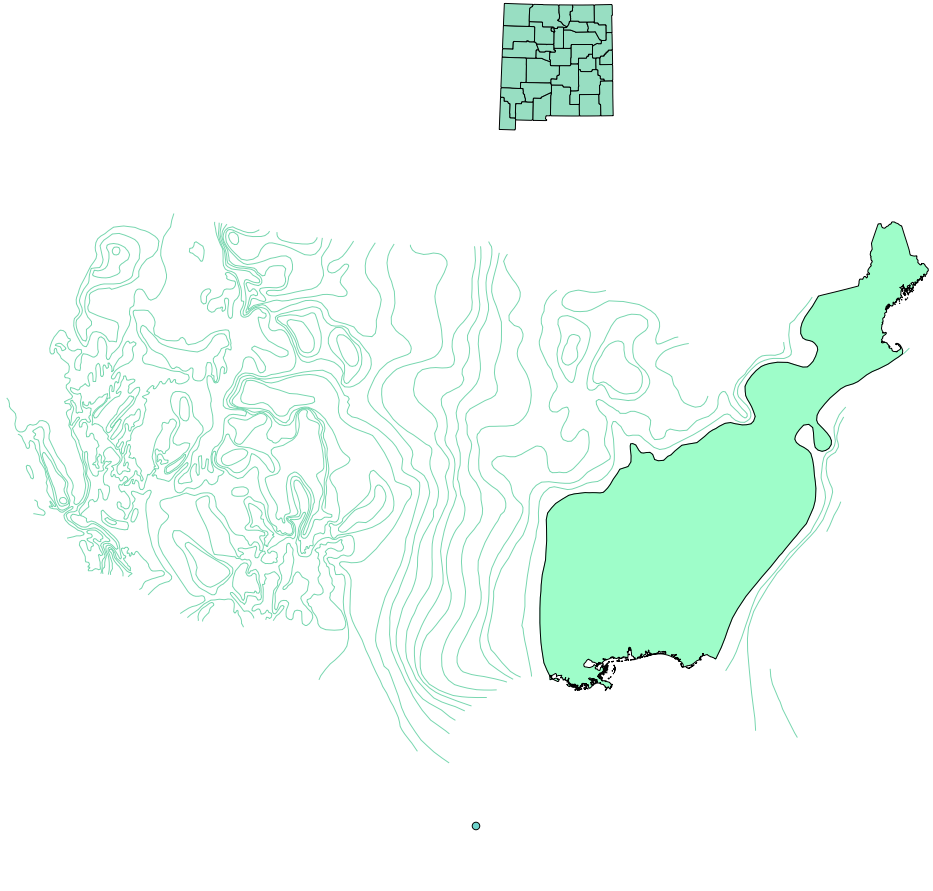 5
Experiencing transformation anomalies when performing a Save As to convert coordinates between NAD83-Z14 and NAD27-Z13
4
Datum and transformation error using ST_Transform in PostGIS, going from NAD83 to NAD27
2
OpenLayers Google Satellite plugin datum error
2
Identify Unknown Coordinate System (not Georeferenced)
2
Receiving unknown exception when trying to perform a coordinate transform with PyQGIS
1
Why is this coordinate system assigned to this raster (R)?
9
Changing shapefiles from geographic (WGS84) to projected (EPSG:2263) coordinate system using QGIS