What is the formula to calculate Grid Convergence angle (angle between true north and grid north) for Lambert Conformal Conic projection for a given location.

Searching online, I have been able to find the formula for calculating Grid Convergence for UTM grid only.

In a paper [The State Plane Co-ordinate System][1], regarding Lambert’s Conformal Conic Projection:

In order to obtain grid co-ordinates on a Lambert projection, we must remember that the grid co-ordinate system is a rectangular system, which is different to the ‘fan-shaped’ appearance of the projected region. So there will be a grid convergence factor to be allowed for when undertaking computations in grid-co-ordinates alone.

The process is to convert the geographical co-ordinates to polar co-ordinates (r, θ), then convert these to rectangular grid co-ordinates. Consider the situation in the Northern Hemisphere, using the following diagram. 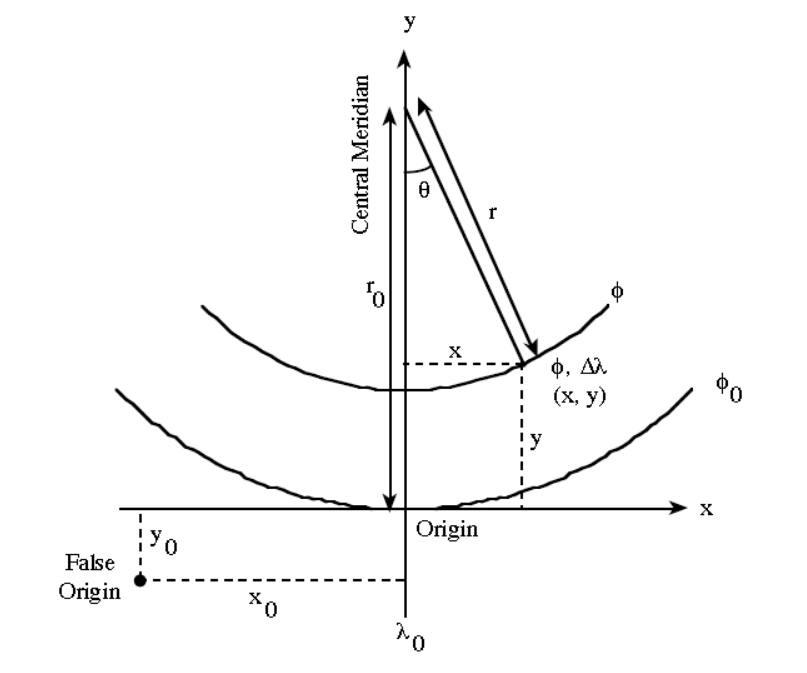 Here we have also placed a false origin, so that all co-ordinates on the grid will be positive. As this is a simple additive (and arbitrary) transformation, we can leave it until the last step.

In the diagram, r = radius of some parallel of latitude φ; r0 = radius of the parallel, φ0, upon which the true origin of the co-ordinate system is situated; (x, y) are the grid co-ordinates of the geographical point (φ, ∆λ); θ = the projection angle for a departure of ∆λ from the central meridian, which has a longitude of λ0.

Note that the intermediate value θ of this geographic to rectangular conversion is exactly the convergence you seek. 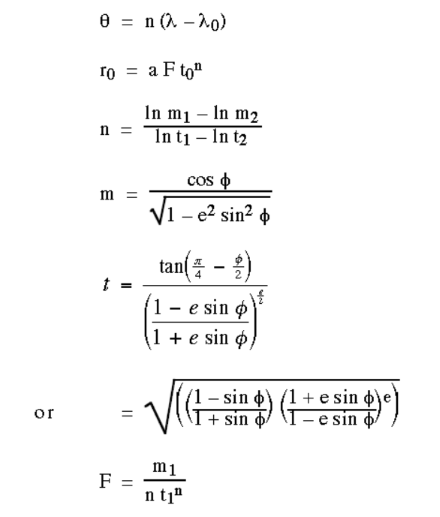 It's worth reading the whole (short) paper for all the details: