The first step works, but I have to make a query layer first as it looks like I can't make joins with tables not in the SDE.

The figure below shows the model that I've created so far (at the moment I don't know if this approach would generally work/do its job).

I want to use the value catid to perform the query in the Make Query Layer (2).

How should/could I do that? 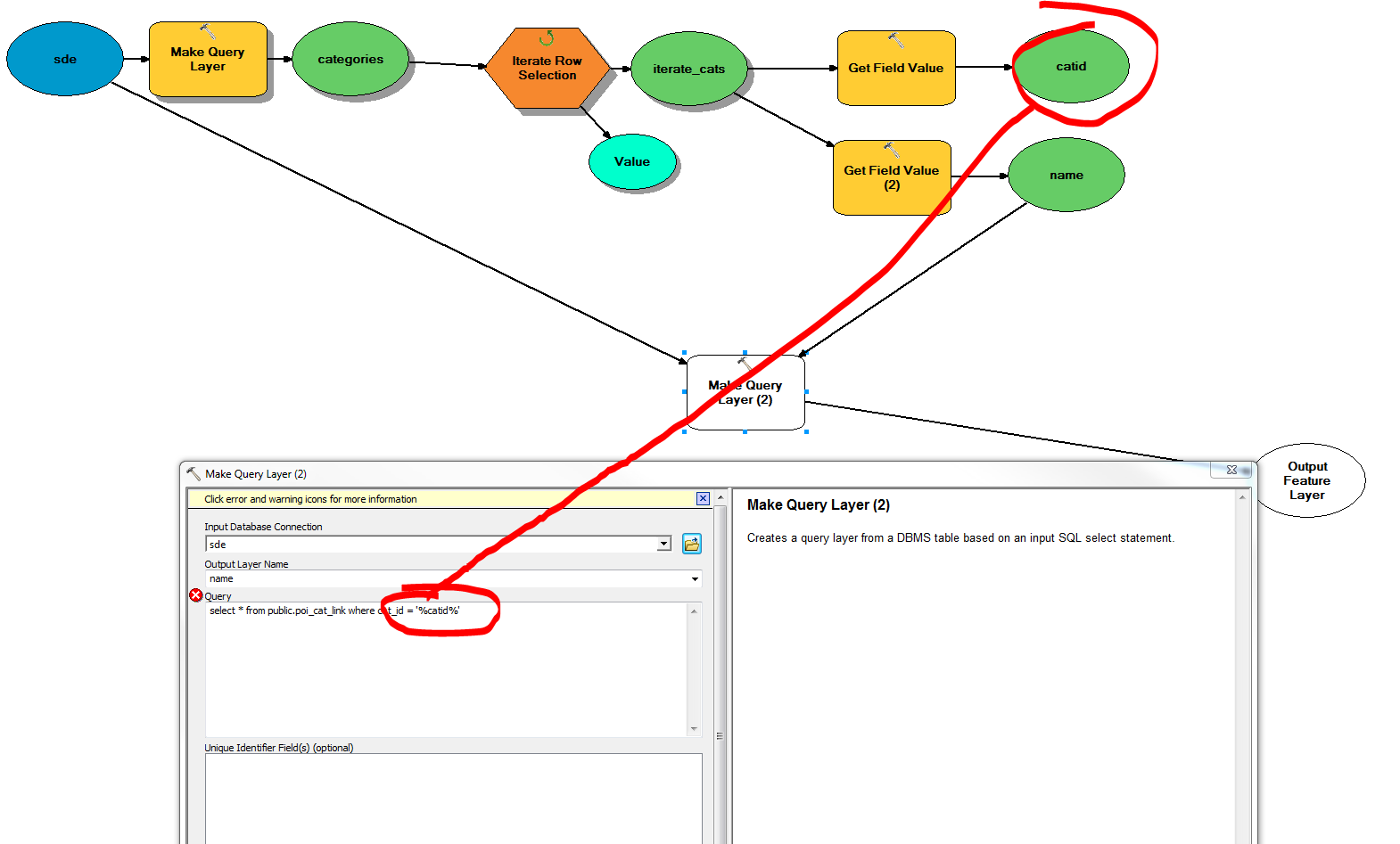 In psql this would be kind of simple, but I need this done on the ArcGIS level as the join of the feature class relates on this.

I was also thinking about python, because using a programming language this would also be kind of simple -- but I have no idea about python and I thought I could avoid scripting.

I'm not sure if there's anything wrong with the text of the query itself, but, to avoid ModelBuilder freaking out on you, you'll need to set catid as a prerequisite to the Make Query Layer step.

If you set up a query or other operation in ModelBuilder that is dependent on a variable generated within the model itself, ModelBuilder will usually try to evaluate the dependent step before evaluating the value of the variable itself.

Not the answer you're looking for? Browse other questions tagged arcgis-desktop modelbuilder query-layer or ask your own question.

4
ArcMap query layer with Oracle Locator displaying no results
5
Query Layer with user-defined (dynamic) parameters in ArcGIS 10.1
5
Is it possible to add to the map a layer containing results from a sql query
0
Delete records from table using ModelBuilder
0
run a make query table based on a selection
3
Can a Relate within an MXD be detected programmatically using ArcPy?
2
ModelBuilder not passing information through Iterate Feature Classes using ArcGIS Pro