How to create a Processing script using the shortest path algorithm?

Is there a way to put the shortest path algorithm to a processing script and then use this script in a model?

I found some python scripts for networks/shortest path in the Python Cookbook and tried to put it to a processing script - but as I am a complete newbie with python I didn't get far.. 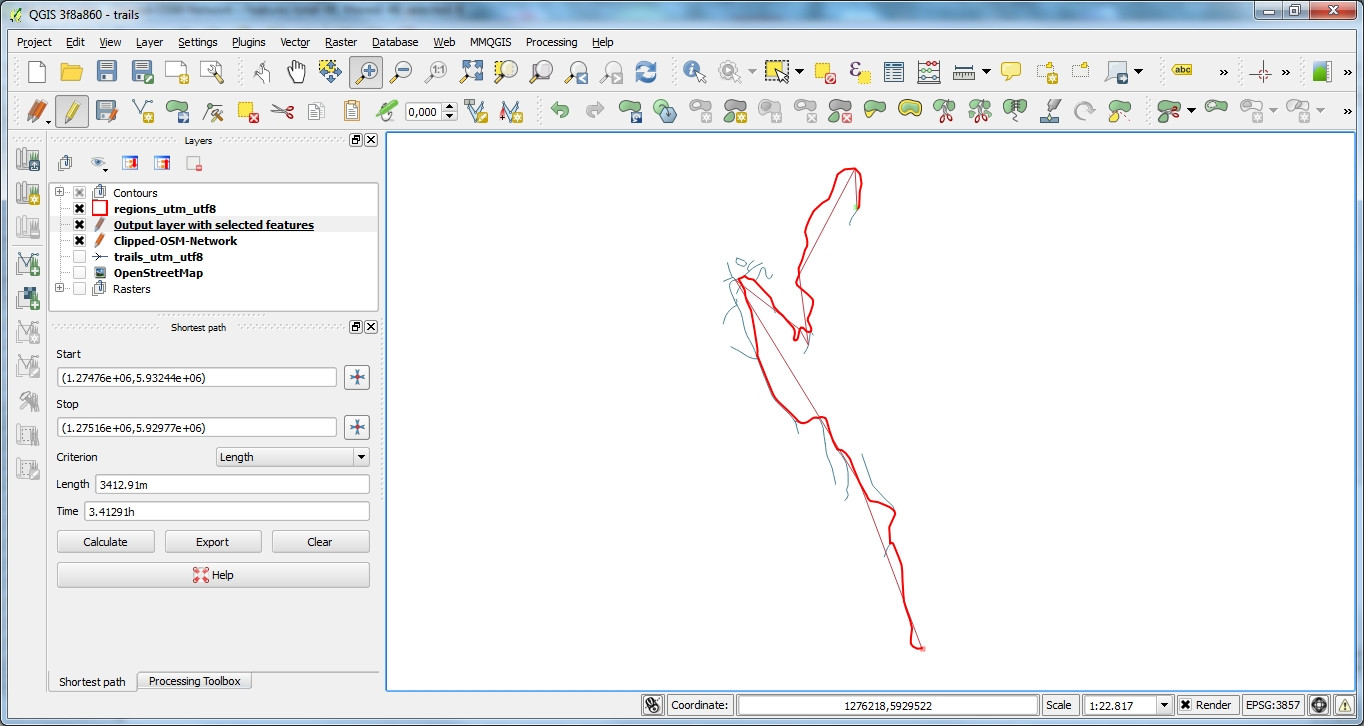 Can anybody help me with this script?

You can find multiple versions of routing scripts which use the QGIS network analysis library in my Github repository, e.g. https://github.com/anitagraser/QGIS-Processing-tools/blob/master/2.2/scripts/point_layer_to_route.py which converts an ordered set of points into a route.

None of the scripts use the intersections of an input line with the network. That's something you will have to add on your own.

Not the answer you're looking for? Browse other questions tagged qgis pyqgis routing or ask your own question.

0
How to integrate road networks into Vehicle Routing Problem with Time Windows (VRPTW) algorithms?
3
How to calculate all paired shortest path using PyQGIS?
0
Road Graph Export Empty QGIS
9
Shortest path from points in one layer to points in another layer via roads in QGIS
3
QGIS Methods for Batch/multiple shortest path calculations
1
Putting coordinates of end point in shortest path algorithm