I have two different point layers, where points represent centroids of areas covering a stream segment. One layer (lets call it layer A) is coarser, with fewer point (each point represents a larger area), then layer B. There is no commonality between how the points are distributed, except for the boundaries. Each layer contains multiple attributes (ex. depth, velocity, areas). I want to create a common grid, but I'm hesitant about rasterizing this data, as I need to retain the multiple attributes.

I have tried converting each set of points to voronoi diagrams, then spatially joining layer A to layer B, and converting back to points, but there have been problems retaining area values required.

Ideally, I'd like layer A to fit within layer B, or have a new mesh fitted to the stream segment that both these layers can be applied to.

Does anyone have suggestions for optimizing this process, or ideas I've failed to see/am not familiar with?

I've included pictures of the point layers, as well as a visual goal. 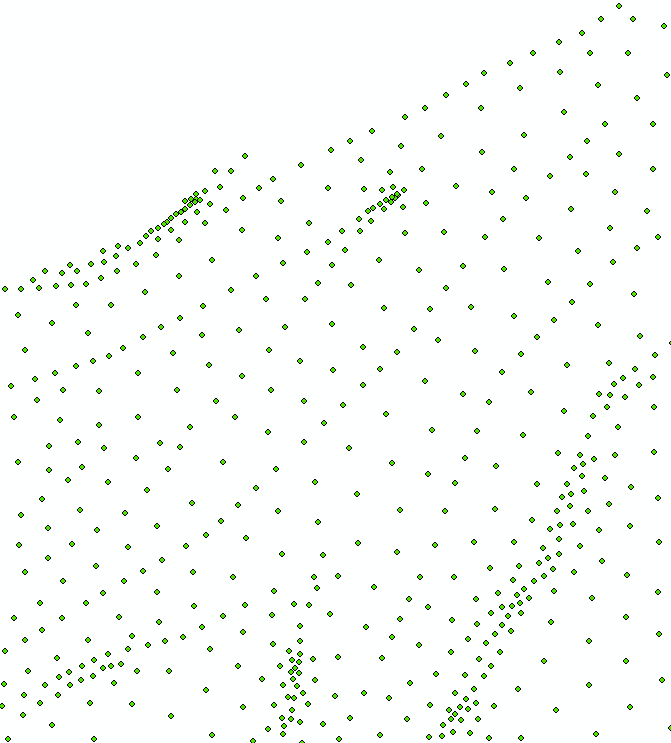 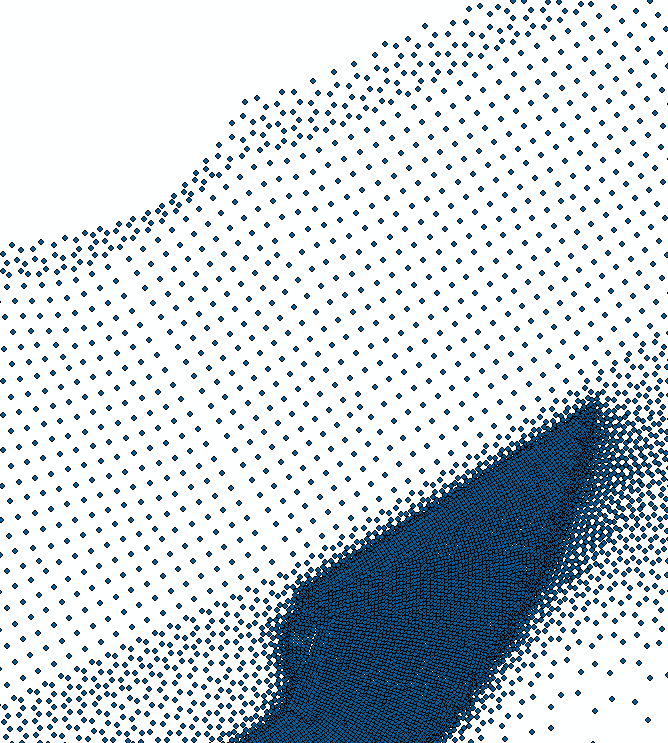 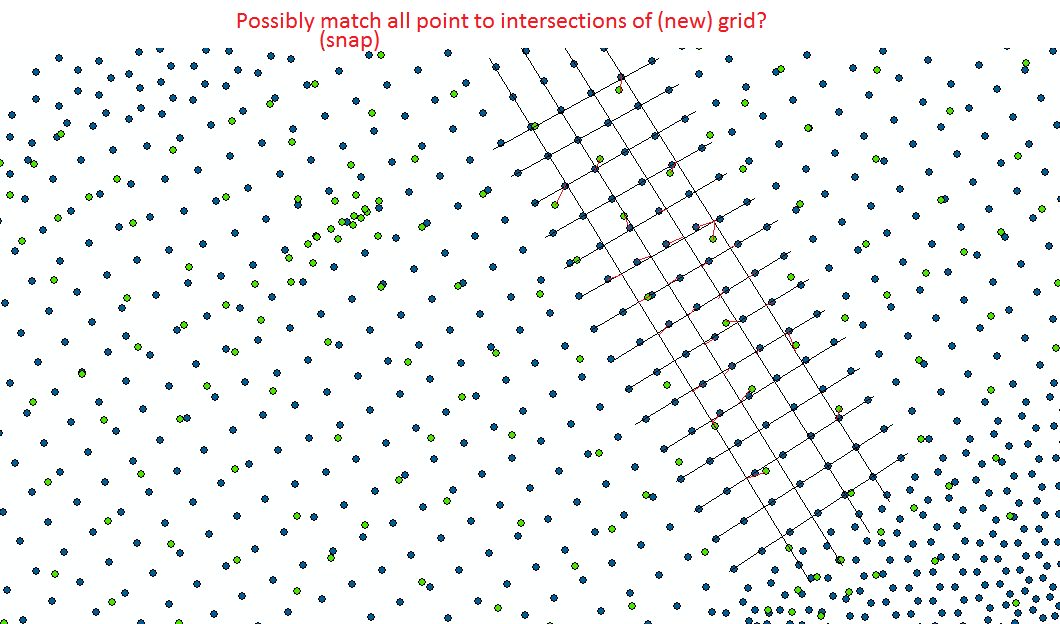 I solved this problem using this process.

For Layer A or Layer B

When your processing extent is standardized, and cell size of the created raster is the same, Layer A and Layer B can be transformed to perfectly overlapping, matching point grids.

Not the answer you're looking for? Browse other questions tagged arcgis-desktop arcgis-10.3 or ask your own question.