Why isn't the service layer shape properly spread out?

I created a simple service layer polygon in network analyst (ArcGIS Desktop 10.2) with no hierarchies set in the street network. Now I don't understand why is this polygon created along some particular streets?

Why isn't is properly spread out? For example, why doesn't the polygon cover the areas/streets I have marked in red? Obviously those marked areas are also within 1 km.

The impedance is 1 km and 2 km respectively.

The streets are also well connected individual line elements as you can see the junctions. 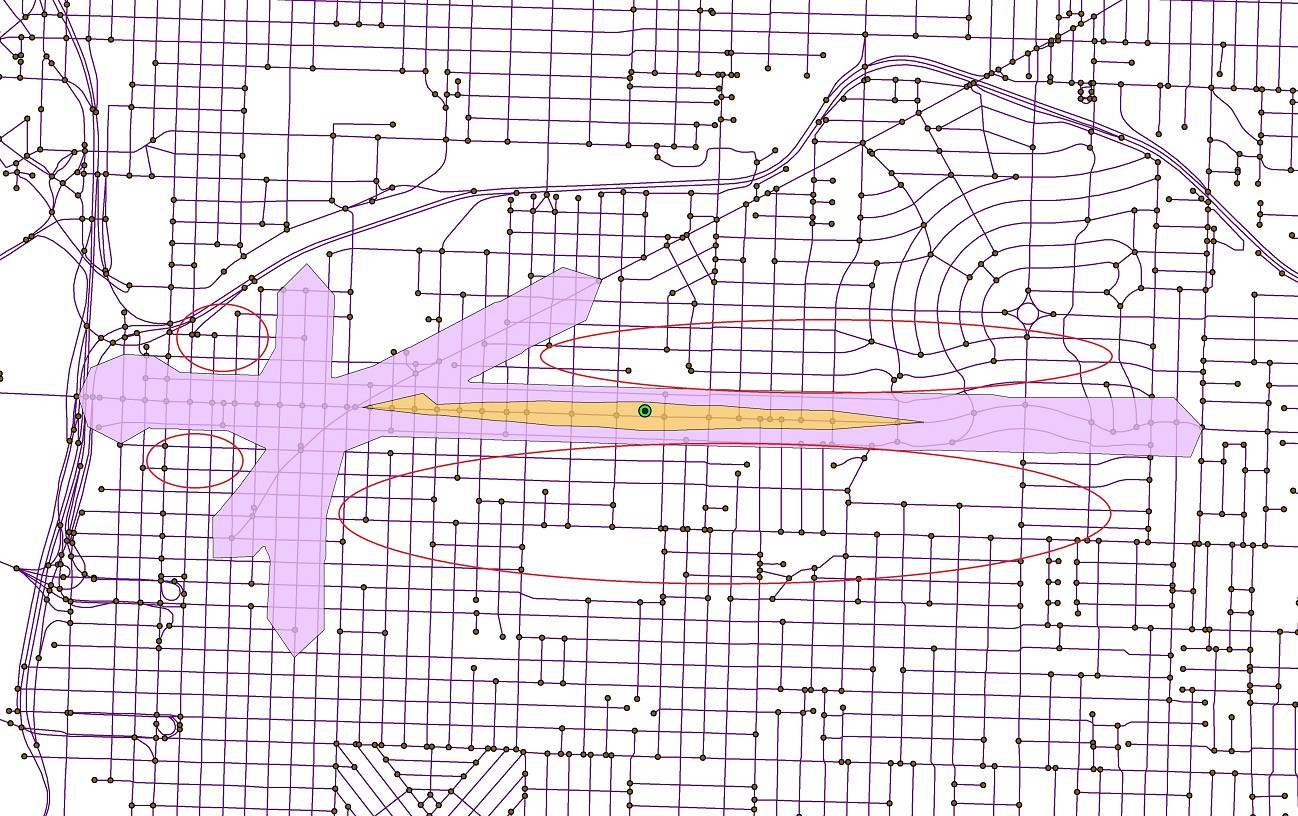 Per the comments, and as Erica originally suggested, your network isn't correctly set up for analysis as evidenced by a severe lack of junctions. This could result from either geometry issues with the data or how the connectivity policy is defined. I suspect both might be an issue in your case, as most junctions I see are at line endpoints, but there are some at apparent intersections and some endpoints do not have junctions. Your service area polygons aren't spread out because the analysis cannot reach those areas of the network.

The geometry issue: In a network when two lines cross that doesn't mean there is actually an intersection or junction. A turn (or transfer in multi-modal networks) can only be made at a junction. In order for a junction to occur both lines must have a vertex at a common point. Even if one line has a vertex snapped to the other edge, it won't work - they both have to have one. These issues must be addressed in the source line data from which the network is created.

This network connectivity policy is easiest demonstrated by creating a T intersection. Create a line with three vertices, then a perpendicular line with two - one of which snaps to the middle vertex of the first line. Now create your start point on one leg of the T and your stop on another. In case 1 above, the route will fail with an error message that the destination is unreachable because no connection can be made at the middle of the line. In case 2 the route will succeed, because a junction is allowed at a non-nodal vertex.

A functional network of the area you're looking at should appear more like this: 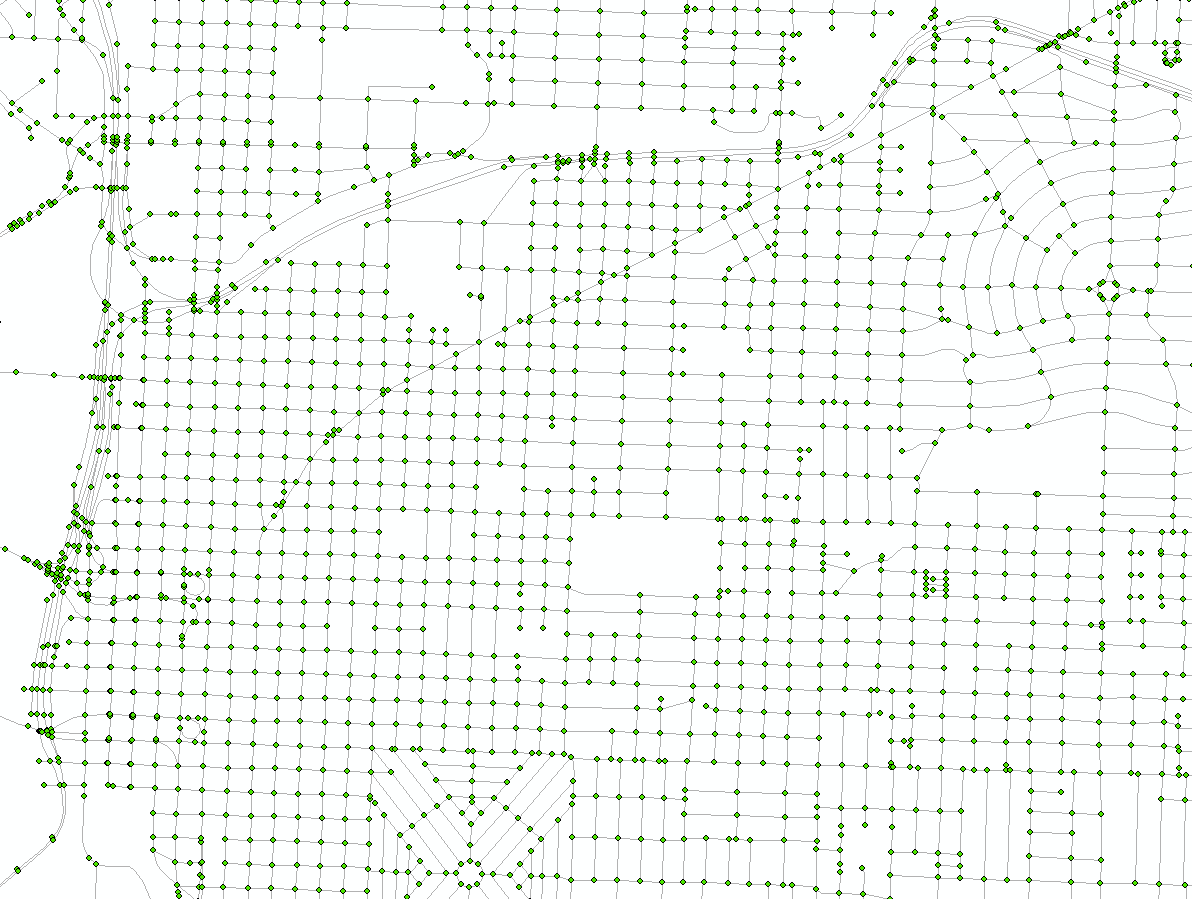 Not the answer you're looking for? Browse other questions tagged arcgis-desktop arcgis-10.2 network-analyst or ask your own question.