For a map of Wikipedia language prefixes, I need to color a map by a country's value in the 'language' column. I. e. all countries with the same language worldwide should share a color, which they should share with no group that is directly adjacent to them on land.

For a visual explanation of what I want to do, here's a map where I tried the same in GIMP (missing kk.wikipedia.org; warning, 5 MByte):

I would now like to do the same in QGIS for easier handling, plus fully coloring a country in a raster map seems to be impossible (especially for islands).

Unfortunately, QGIS does not even seem to include a plugin to color adjacent polygons differently any more, not to mention such complex shapes. I found the plugin topoColour from QGIS 1.0, which seems to be exactly what I want, but it is of course extremely outdated.

Is there any kind of work flow to achieve the same half-manually? Manually applying the four-color theorem (or six- or eight-color in this case) is quite a daunting task, especially as QGIS doesn't seem to be meant for that. Note that I do want to keep countries separate so I can easily change their data when their language changes or a new Wikipedia is created.

I would not mind an outside tool like the standalone version of topoColour, but that one only colors by adjacency, not shared values like the plugin did. I only have Linux available, though. (Debian unstable.)

At least, somebody took up the issue, and developed a new Map Coloring plugin. You need to enable experimental plugins in the Plugin manager to get it.

The output looks like this, after switching to Categorized styling on the COLORID field: 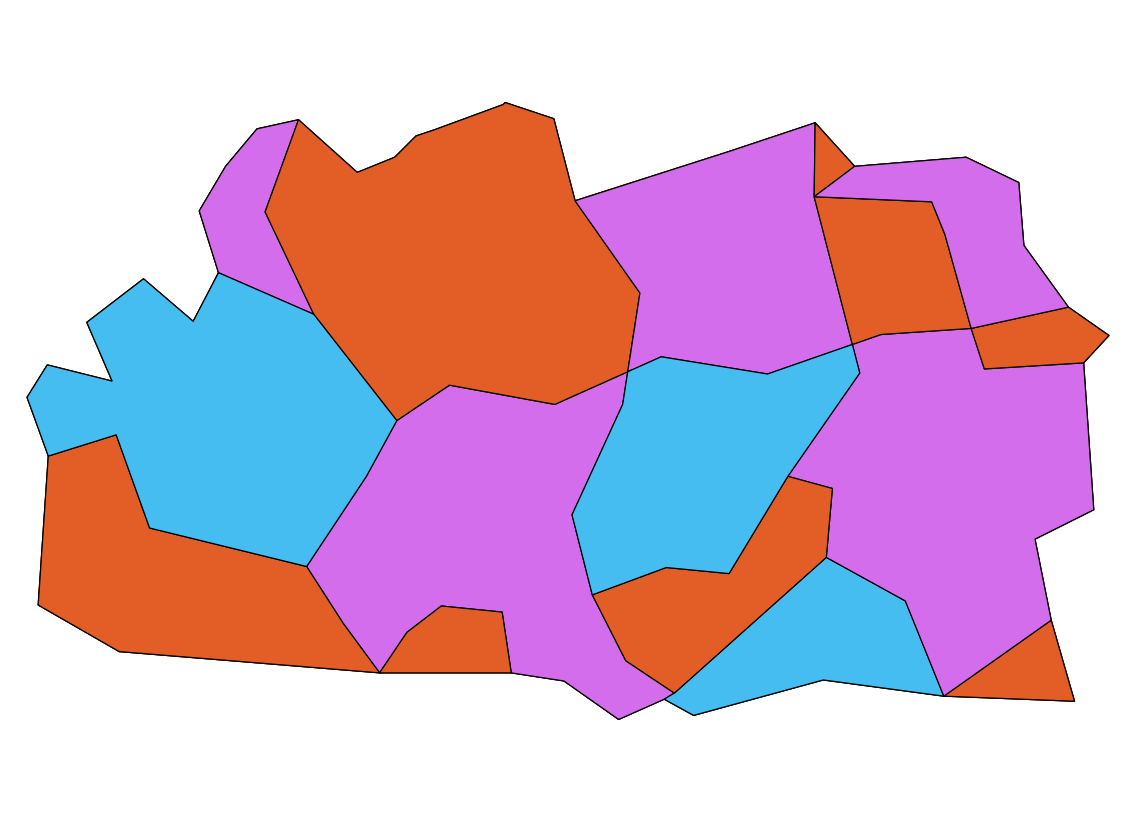 In the answers to this question, radouxju did post some code which could probably be used if you want to diy it: How to apply the four colors theorem in a polygon map in ArcGIS/ArcToolBox automatcally?

Or someone could be a hero and take up the offer to update TopoColour :) http://lists.osgeo.org/pipermail/qgis-developer/2013-April/025382.html

Not the answer you're looking for? Browse other questions tagged qgis qgis-2.4 four-color-theorem or ask your own question.

21
How to apply the four colors theorem in a polygon map in ArcGIS/ArcToolBox automatcally?