Is there hydrologically correct water-course data for Africa

I was wondering if there are any hydrologically correct river-channel data available for download for Africa?

By hydrologically correct, I mean

I looked at VMAP0 data, the rivers are broken and disconnected like this: 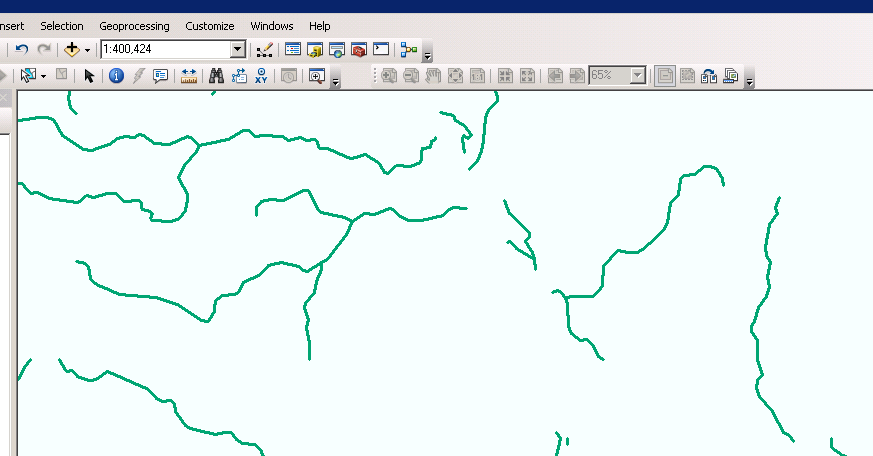 You can download hydrology shapefiles from here for a number of countries around the world. Select your country of choice and Inland water as your subject. You should receive 2 types of shapefiles:

I believe there are 5 main countries the Niger River flows through (in order from source to mouth): 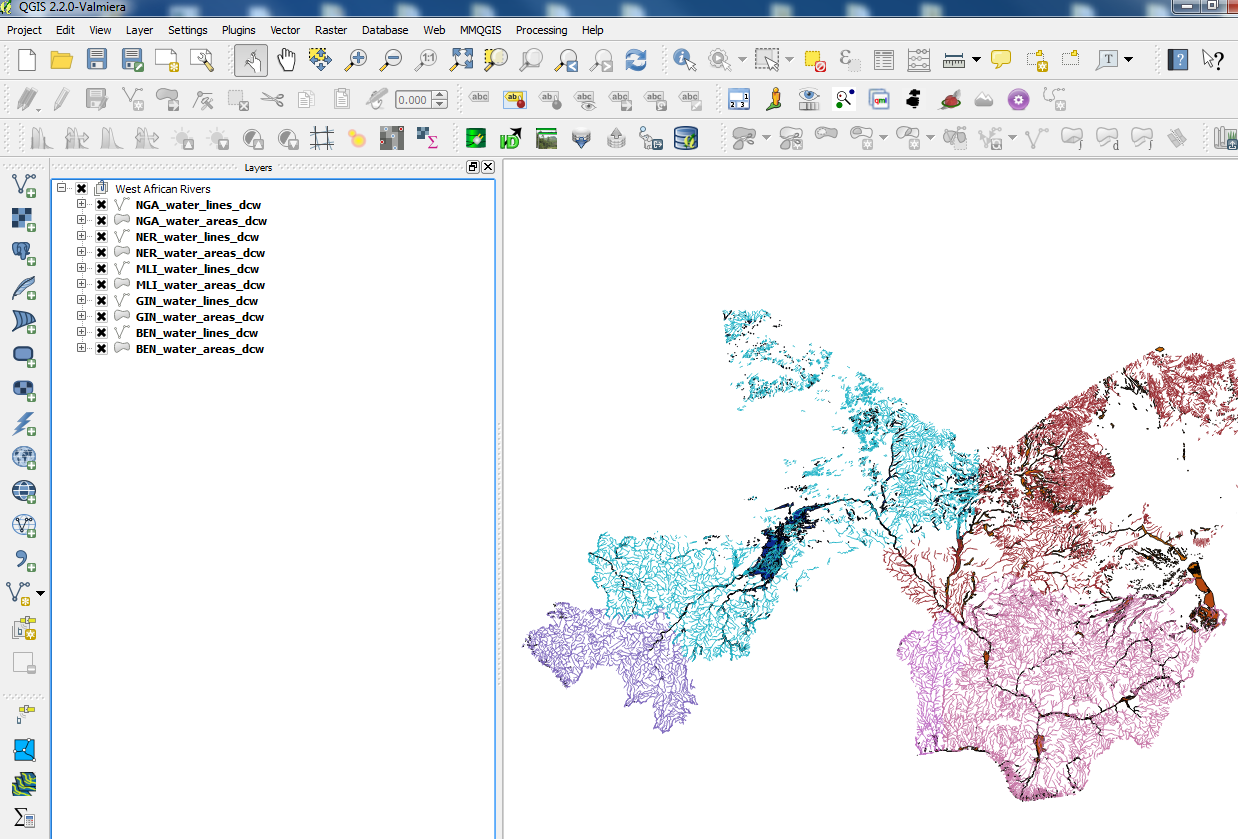 I find that merging the shapefiles of the same type (ie. all line shapefiles) would be very useful when performing analytics such as querying for specific rivers (ie. the Niger River).

I use QGIS 2.2 and I merge the shapefiles via Vector > Data Management Tools > Merge shapefiles to one: 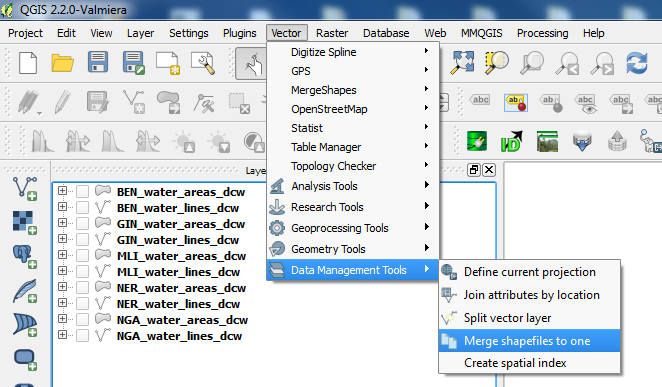 I can then, for fun, do a query (Layer > Query...) for only the Niger River to see what it looks like. The attributes for the shapefiles contain the names of rivers, in this, case I used the following expressions:

for the merged lines. 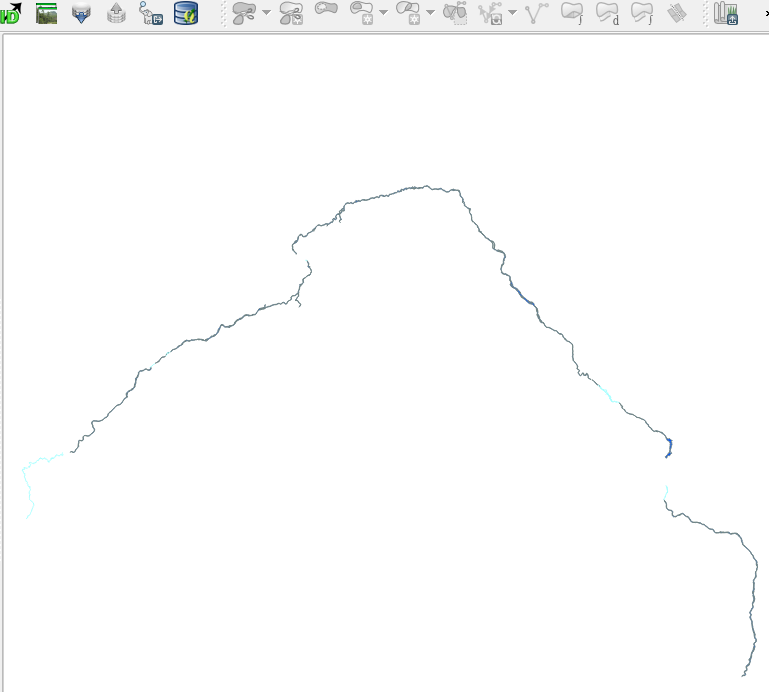 Note that there are small breaks in between certain places but most line features (light blue) connect with the area features (dark blue). Below is the final result of all the rivers in the countries named above using the OpenLayers plugin as the background: 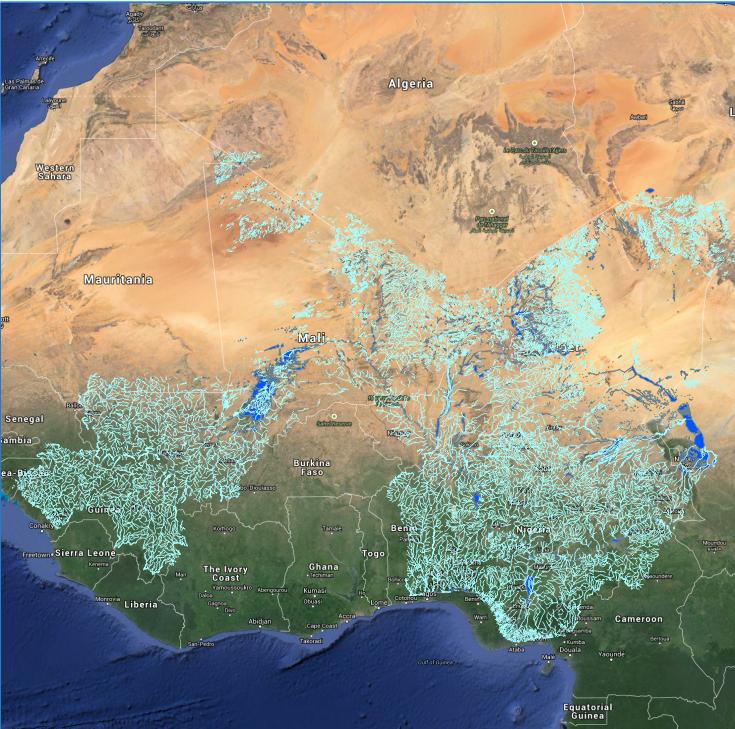 I have made hydrologically correct river-channels for the Lake Victoria basin. SRTM 90m does a reasonable but imperfect job. For example, I had to adjust numerous regions based on the actual flow of rivers. All is not lost though it sounds as though we can expect the 30m global dataset soon. I would suggest a dry run with 90 m data and then a rerun when the 30 comes out. 30 m for entire Africa would be a challenge but I think it is possible with reasonable computing resources.

To answer your question. YES. Are you aware of this. Very useful dataset and hydro correct.

I would be curious to see how this underused global 30m elevation dataset works. Literature suggest maybe not so great but there is opposing literature.

FAO has this! Look up UN FAO Datasets via geonetwork.

30
Methodology for creating accurate drainage networks (and catchments) from high resolution LiDAR DEM?
2
Looking for a wind WMS for Europe and Africa
7
Tracing up stream network & tabulating attributes of polygons it passes through
0
Are there publicly available run-off data for Africa?
2
Temperature data for Africa
1
Topographical Elevations for Central Africa and Cameroon