I'm using 10m DEM rasters from the NRCS Data Gateway for a large portion of California. The problem is some strange tiling that appears after merging, but isn't present in the original data (before merging). The grids create low points, so flow accumulation etc is drawn into them.

I've tried mosaic to new raster, create raster catalog and filter in ArcGIS 10.2, merge and build vrt in Qgis2.4 but the problem persists throughout.

The grids represent flat lows in the curvature raster on the merged edges of the DEM rasters. Note that those lines are the edges of BOTH of the mosaiced DEM, creating 2 lines.

The lines are flat lows, which creates a problem trying to do any sort of slope stability or hydrologic analysis...which is the whole point of this exercise. 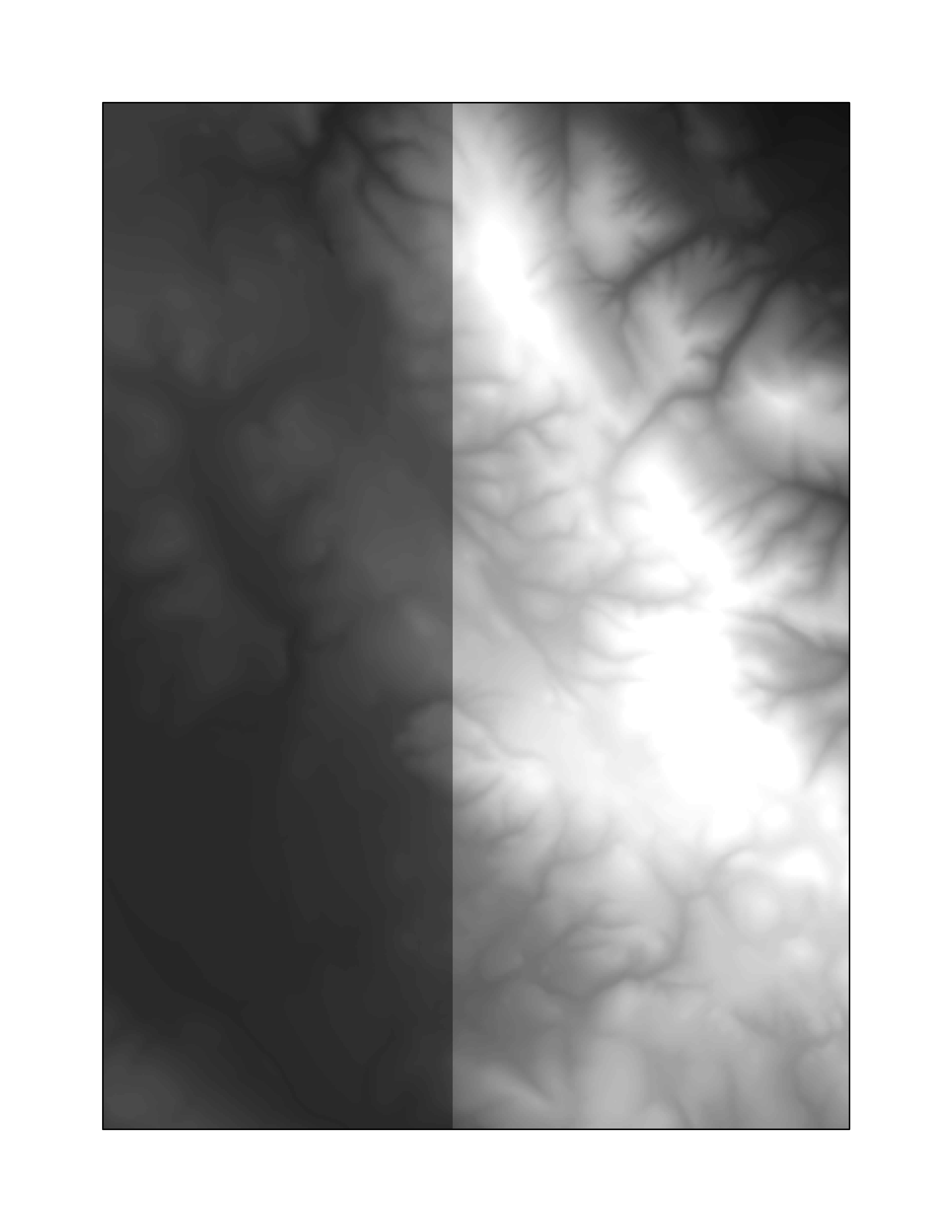 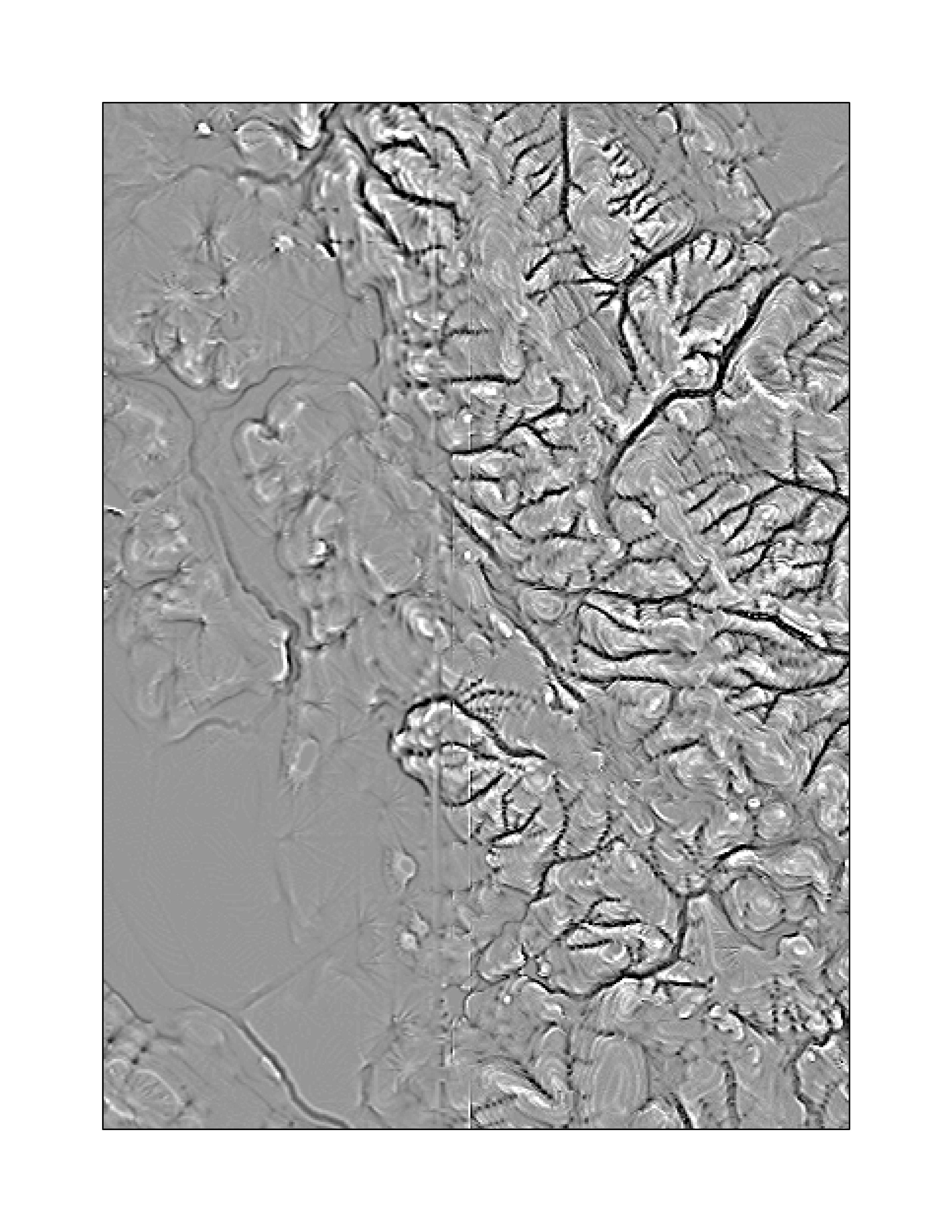 EDIT: The data and mosaic method were the problems: The data itself has edge effects built in and I was using nearest neighbor instead of bilinear interpolation

It seems that there are two things going on here. First, your tiles are not seamless, in that in the areas of overlap at the edges of the tiles, the elevations are not identical. I can confirm this as I digitized several points along the overlapping area and extracted the elevations in both raster DEMs and found this: 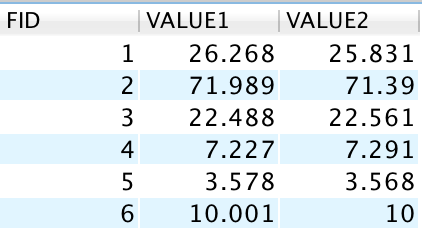 In the case of the two tiles that you uploaded, it appears that the DEMs are very similar near the bottom but as you move towards the top edge, the elevation deviations increased to nearly half a metre, which is quite significant. You can't really expect a mosaicked DEM to not show edge artifacts if the composite tiles are not exactly the same in the area of overlap. That is, unless you perform a mosaicking with some kind of blending, and even then, it is likely that some edge effects will remain given the large deviations. Which of the Mosaic types did you choose when you mosaicked the tiles? ArcGIS offers a 'blend' mode.

The second issue seems to be something to do with how ArcGIS actually handles the data near the edges of the composite tiles during the mosaicking. I'm afraid that I can't tell you more than that without having the ability to examine Arc's source code, which is never going to happen. However, take a look at the following images, the resulting plan curvature image derived from the mosaic of your tiles in another open-source GIS software package: 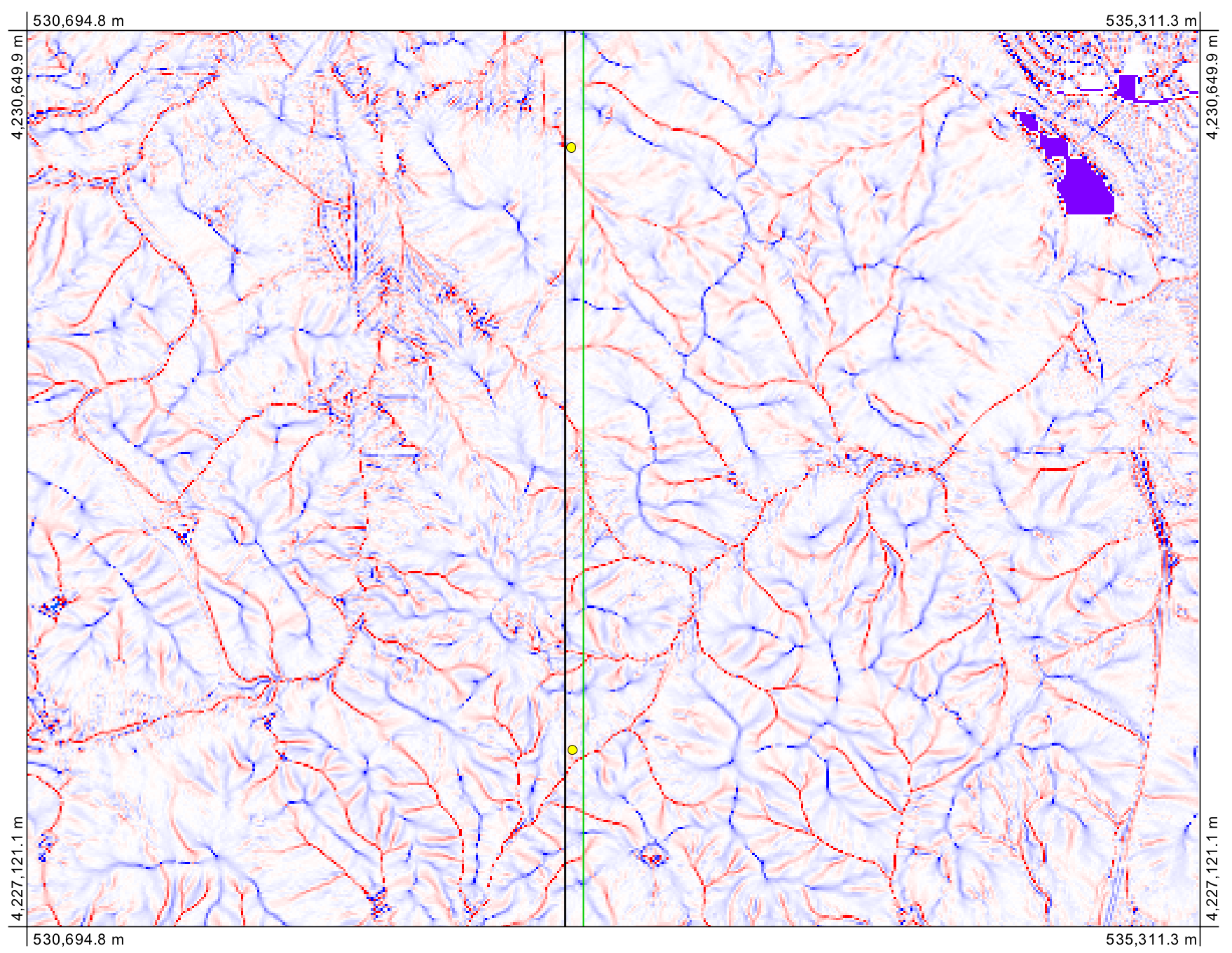 The edges have been highlighted with an overlaid vector to show the edge locations (some of the points I used earlier are in there too). Now without those edge boundary vectors overlaid: 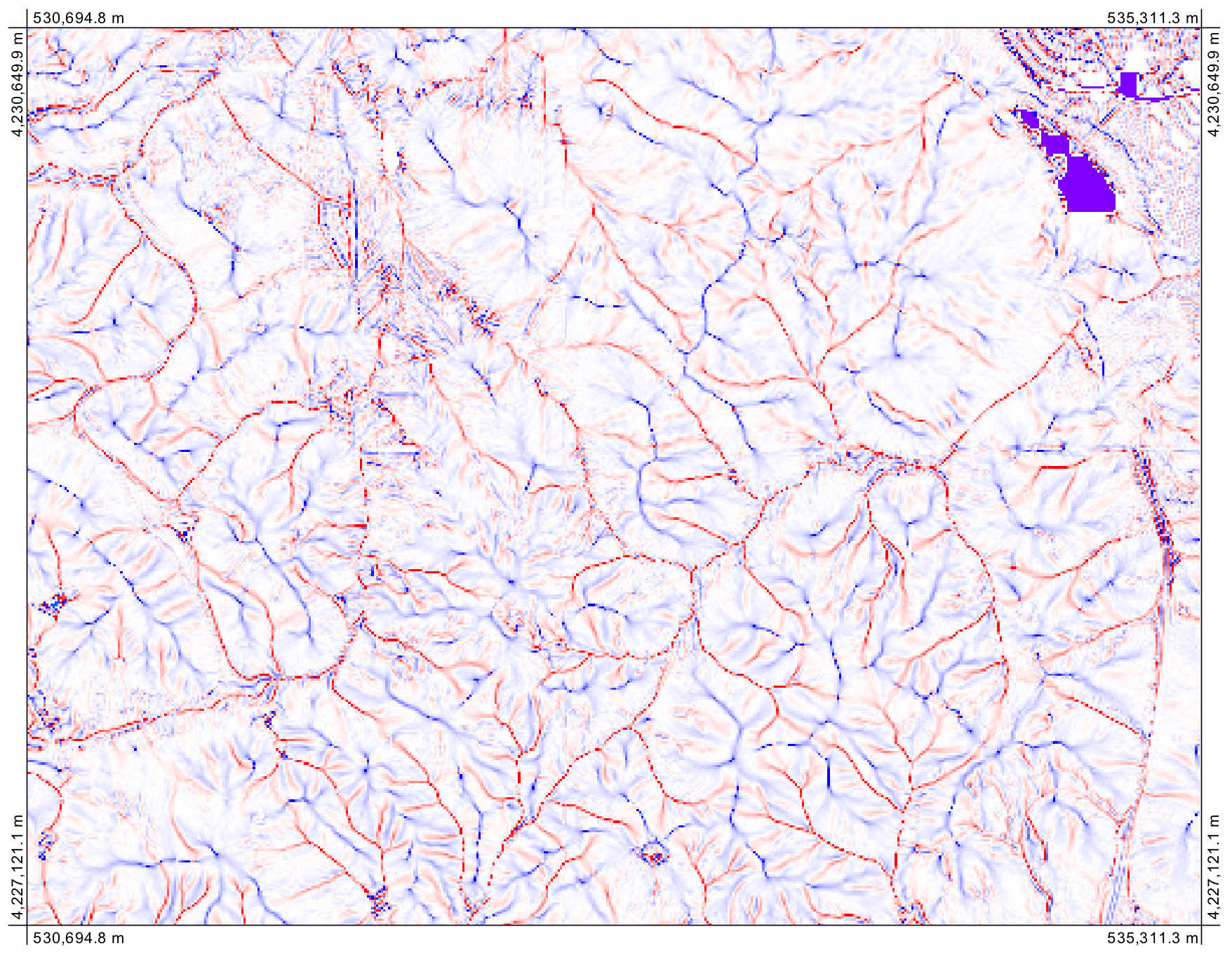 Notice that the edge artifacts that you highlight in your question are not as evident in this mosaic, which also does not apply blending techniques. It's the same DEM source data, the only difference is the specific mosaic algorithm.

So to conclude, I would say 1) your tiles are not seamless so without using a more sophisticated mosaicking algorithm involving feathering, you should expect some edge effects, and 2) to some degree the extent of the artifacts that you are observing is the result of how the ArcGIS mosaicking algorithm handles edges of the composite tiles. I hope that helps.

Suggest you try building a virtual raster from the DEM TIFFs: Raster -> Miscellaneous -> Build Virtual Raster (Catalog). It seems to work with your sample data. Sorry, I just had to put some hillshade on the result. N. 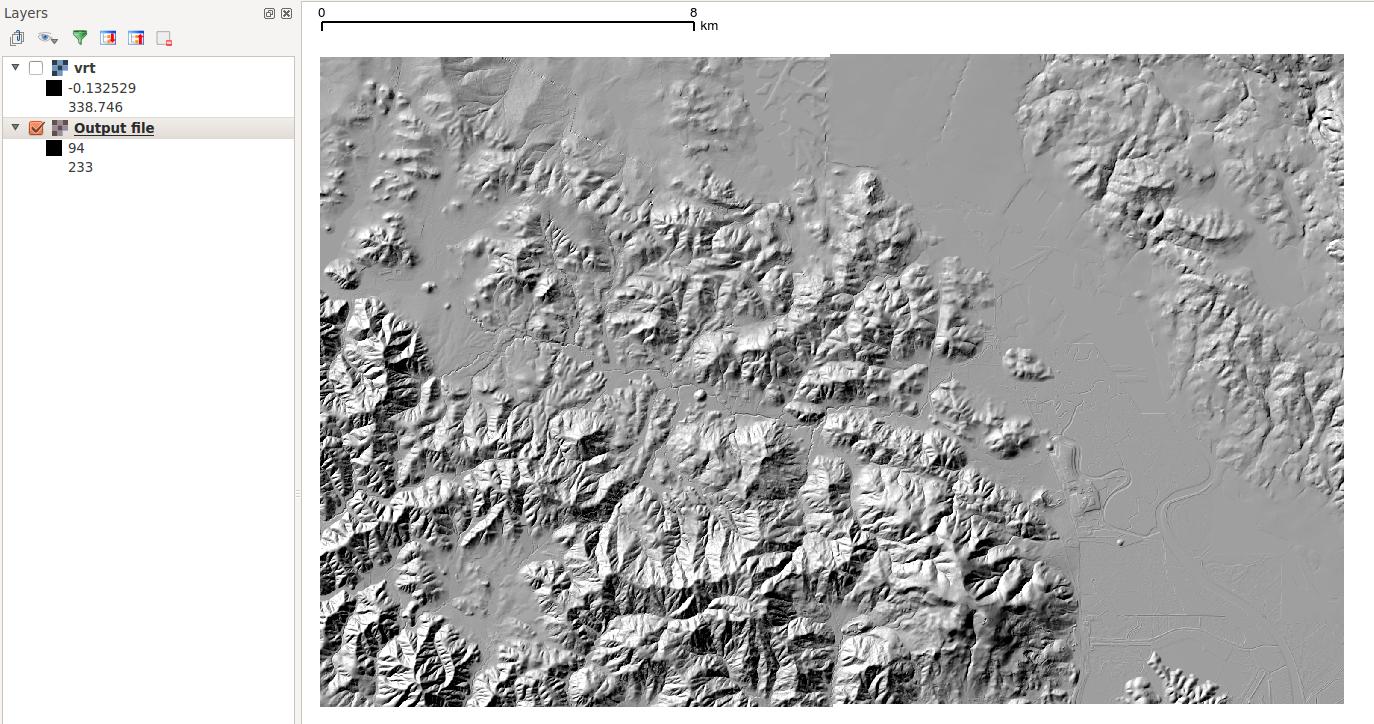 Not the answer you're looking for? Browse other questions tagged qgis arcgis-desktop merge mosaic hydrography or ask your own question.