I have a shapefile with 16,400 polygons. Each polygon shows the expansion of a bird species for the whole world.

Now I have to count the overlapping polygons. I tried it with union and dissolve (count the union), but the union is not working for so many polygons.

Then I tried to clip continents, but this is also not working because of the huge number of polygons. Moreover I tried this method , also without success.

Therefore I'm asking you I there is a way to count overlapping polygons if 16400 polygons are in one shapefile?

At the moment I am thinking about creating a fishnet and iterate over the rows of the shp with the 16400 polygons and write 1 to a value field of a fishnet cell if the polygon is in this cell and than take the next row (polygon) and if this is also in the fishnet cell count +1.

But I don't know if this is a good solution and how to realize it. Or I have to learn R to use this approach.

The result: It should be a shape where you have new polygons out of the overlapping ones and a field where the overlaps are counted.

So in the end there should be a shapefile where you can see how many bird species are found at the same place.

I would recommend using the Count Overlapping Features (Analysis) tool. 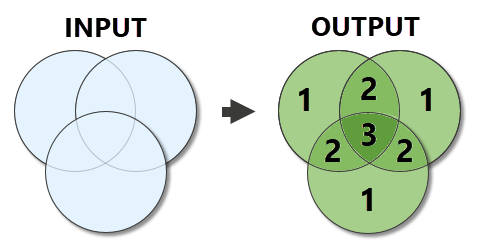 Using arcpy geometry tokens, you could try something like this: 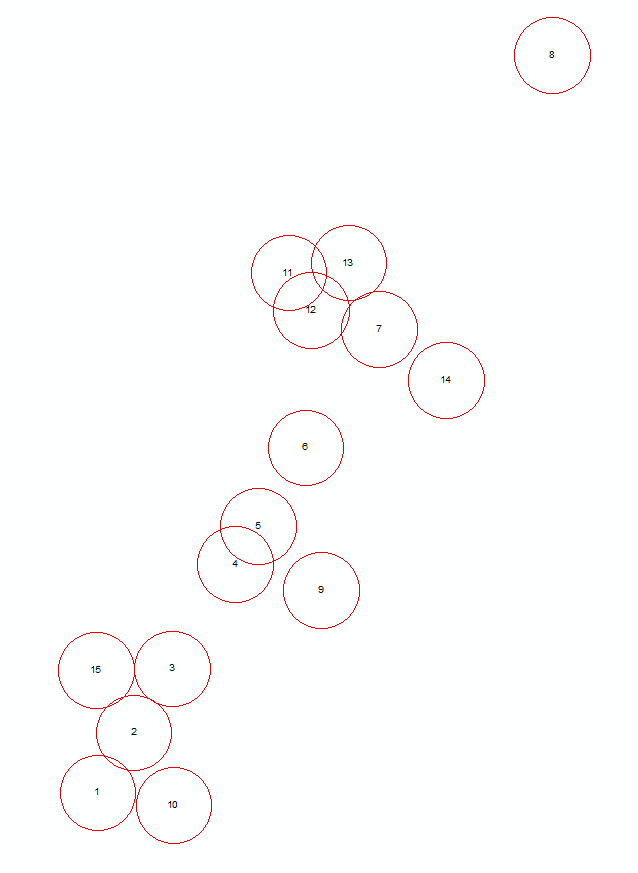 For the sample data above, the code will return the following overlap counts:

The code as is will only return counts for polygons that have at least one overlap.

A very simple method is: 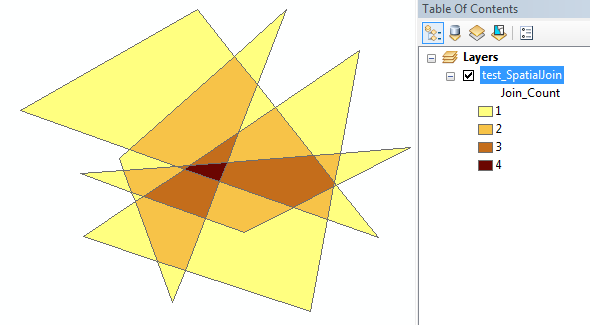 16,400 polygons isn't that many. However, one potential solution is to simply do a regular Spatial Join. In the ArcMap toolbox, > Analysis Tools -> Overlap -> Spatial Join.

Set both the target and join features to the same dataset and specify an output. Leave the rest of the settings.

After a few moments you should get back a shapefile that contains a "join count" column. Subtract 1 from this (as obviously each feature should intersect itself), and that should be the number of "overlaps "(actually intersects) for each polygon.

I just performed it on

I downloaded and tried the "Count Overlapping Polygons" tool. It might work, but it takes an awfully long time (probably because file size, but my input FC only had < 5,000 records).

While I was waiting for that tool to run , I opened up another ArcMap window and it only took a couple quick steps to get what I wanted.

Not the answer you're looking for? Browse other questions tagged arcgis-desktop arcmap arcgis-10.2 arcgis-pro overlapping-features or ask your own question.

-3
How to determine how many times an area was burnt?
18
Counting and rasterizing polygon overlaps in ArcGIS Desktop?
7
Count overlapping polygons in single shapefile with R
2
How to use the tool "Polygon to Raster" with arcpy when the polygon is a row from a Shapefile?
2
Fire frequency Map in ArcGIS for Desktop?
1
Seeking ArcPy equivalent for "Identify" button in ArcMap
1
Spaghetti, meatballs, and the one-to-many problem
0
Create Quick View Orthophotos from aerial images and exterior orientation metadata
1
How to delete overlay within the same feature class?
1
Quantifying number of overlapping shapefiles using ArcPy with ArcMap
See more linked questions