I am using OpenLayers 2.13.1 to display Zip-areas. I have a PostGIS database with multi-polygons, that I show on a map. The user can select/deselected them.

Some polygons have an area (I think they are called donut holes?) cut out, like the example below. When the large polygon is selected, it shows the hole in the middle even when the smaller polygon that is underneath it, is selected (as seen on image 2.). It looks like its a bug, because the polygon is transparent, but still I can't see the polygon underneath.

Also the small polygon in the middle can't be selected/deselected at all.

The first problem is the biggest, the other can be solved with a simple workaround. 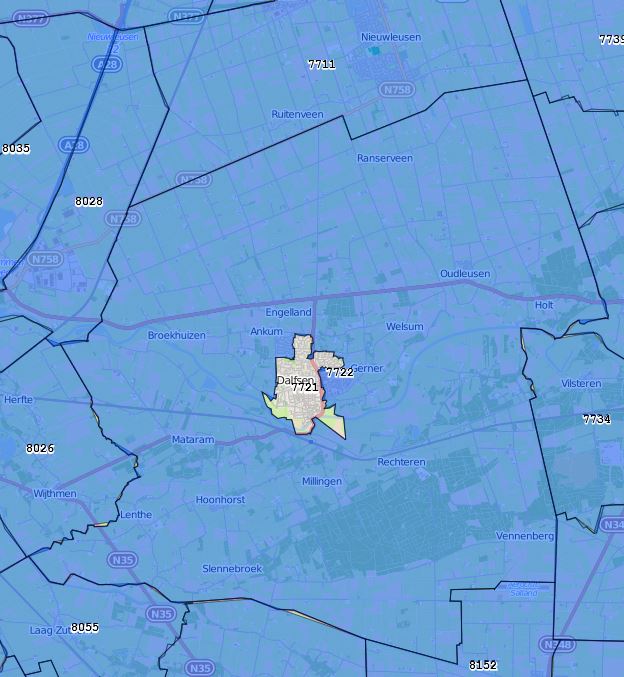 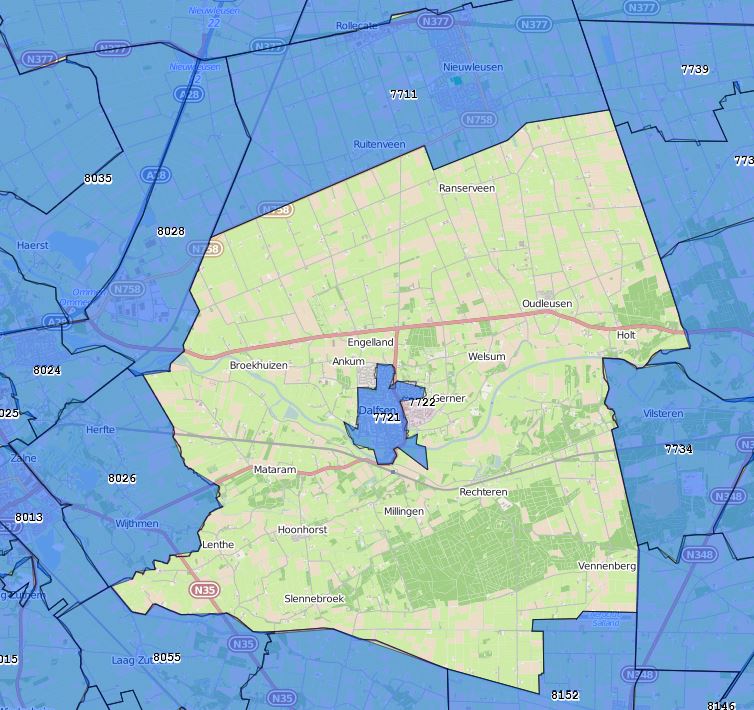 I created an basic JSFiddle example here. You cannot select the polygons, but the center of the colored polygon has another one over / under it that should be gray as well.

Hope someone can point me in the right direction...

Sometimes the solution is simple. It seems the Canvas and VML renders don't work well with holes. I switched back to SVG render and it works fine now.

So the simple solution is to remove this line :

Not the answer you're looking for? Browse other questions tagged openlayers-2 polygon or ask your own question.

24
How can I find a point inside a polygon in PostGIS?
4
Determining if Polygon Contains Negative Space using ArcGIS SOAP Web Service?
6
Adjusting polygons to boundary and filling holes
9
Leaflet JS add GeoJSON shape as a hole in a polygon
1
"Hole" argument ignored in call to Polygon function
3
Cutting a polygon using the shape of another polygon layer?
1
How to add a polygon within another polygon as opposed to on top of it?
2
Combine multiple polygons into a single one (with holes)
1
Changing symbology of a single selected polygon feature instead of the entire feature class value
5
Calculating polygon area within other polygon using GeoPandas