You can now do this with terra::rasterizeGeom

The below is a solution with the older spatial packages. It is based on Jeffrey Evans' answer, but this one is much faster as it does not use rasterize 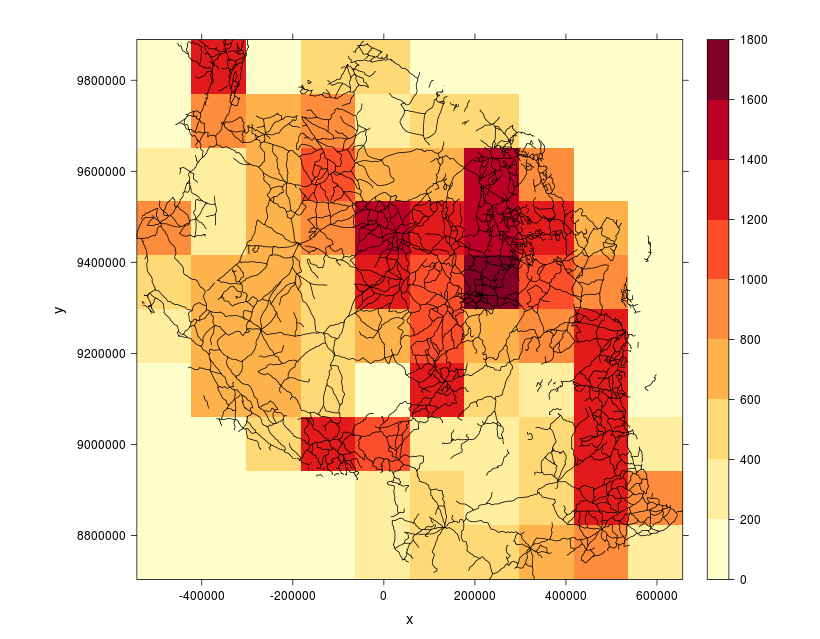 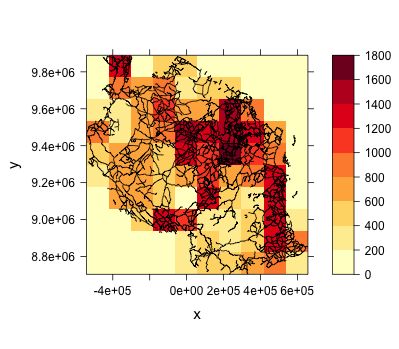 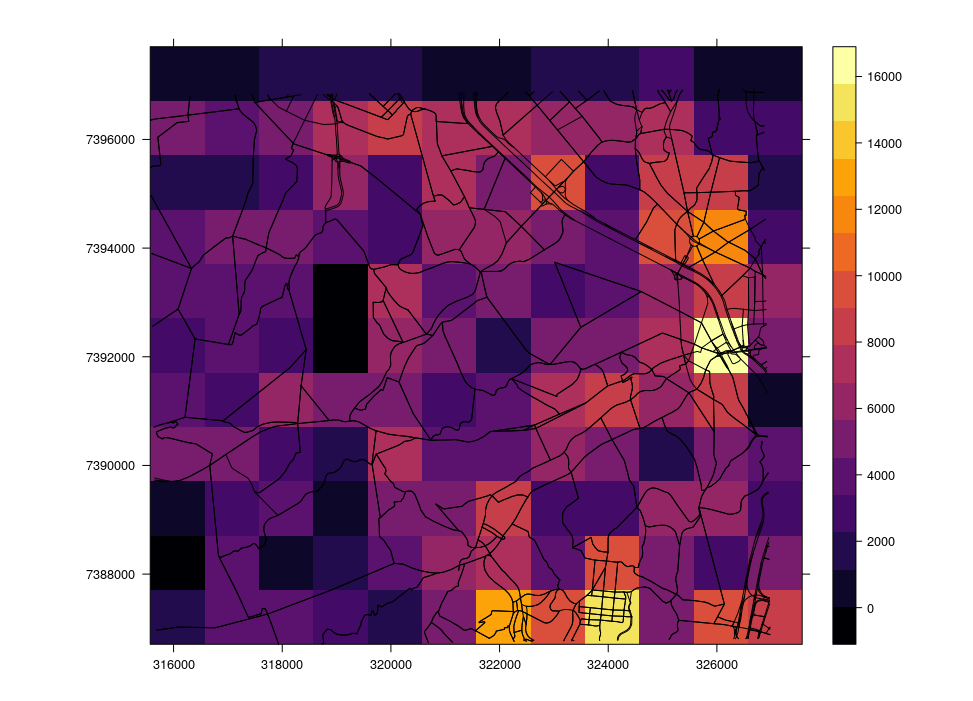 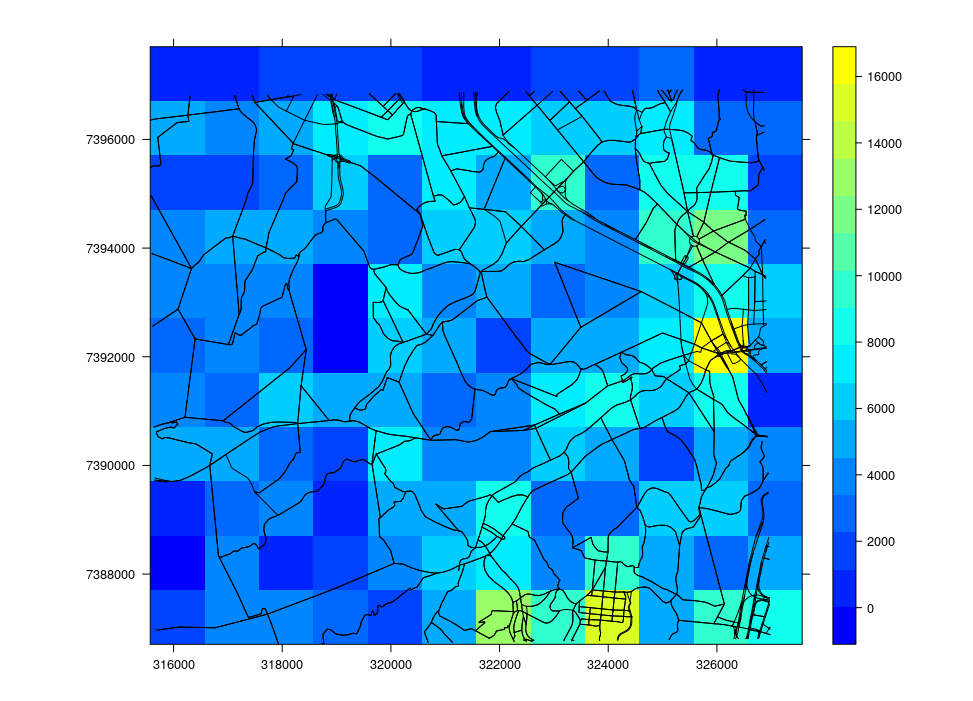 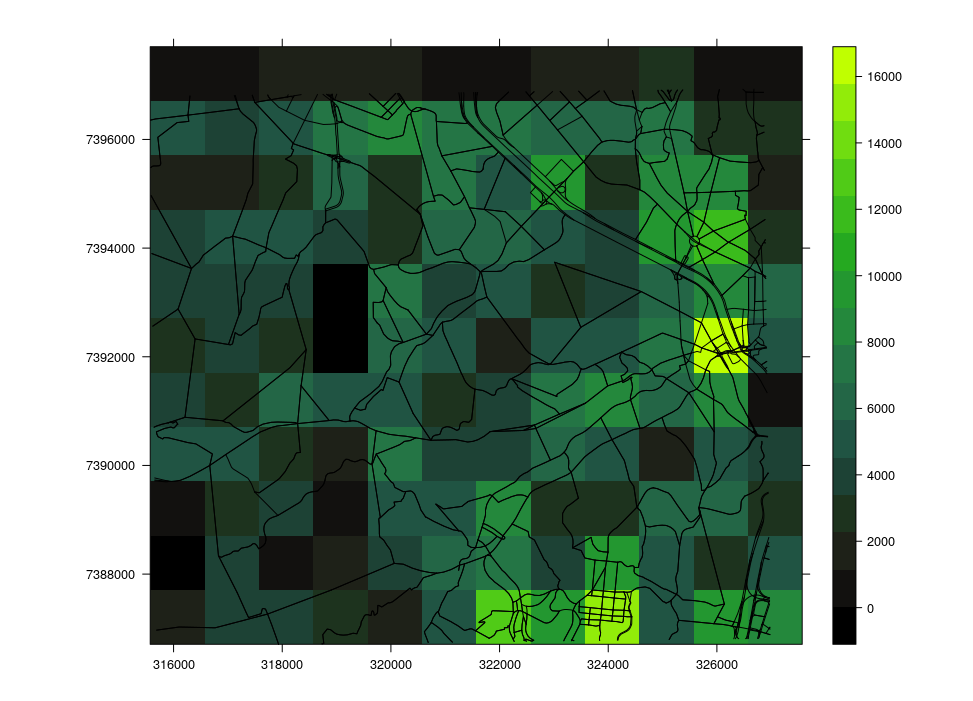 2
How to know the GSD (grid size, resolution) in meters of an existing raster when working in Geographic coordinates?
2
Converting polylines to raster, assigning value of total length of lines within cell?
1
Rasterizing getCover not working in R?
2
Using Python to convert line shapefile to raster, value=total length of lines within cell
3
Rasterizing vector layer with PostGIS?
4
How to identify which lines/polygons intersect when using raster data in R
1
Rasterize point layer with weighted distance
6
Rasterize/Filter with Burn and Weight variables in QGIS