For a home project I want to 3D print an area from a map.

I have downloaded a geoTIFF file and an asciiGRID file from the Tasmanian governments spatial program "TheList".

The two files are here: .asc and .tif.

I have tried for hours using separate programmes, and have found out that I need to use arcGIS, which I now have.

When I try to import the files, I come up with a grayscale flat plane.

Could anyone walk me through how to create a DEM from these LiDAR files or point me to a tutorial?

You already have a DEM; there is no need for you to create one. The DEM is contained within your files, i.e. you have two copies of the DEM, one contained within an ArcGIS ASCII raster and the other within a GeoTIFF. These are simply file formats that contain the raster data that is your DEM. One of the most common formats for a terrain model is as a regular grid (raster) in which each cell in the grid contains a single elevation value. When I imported your Arc ASCII file into another GIS (I don't have ArcGIS on my machine) this is what it looked like: 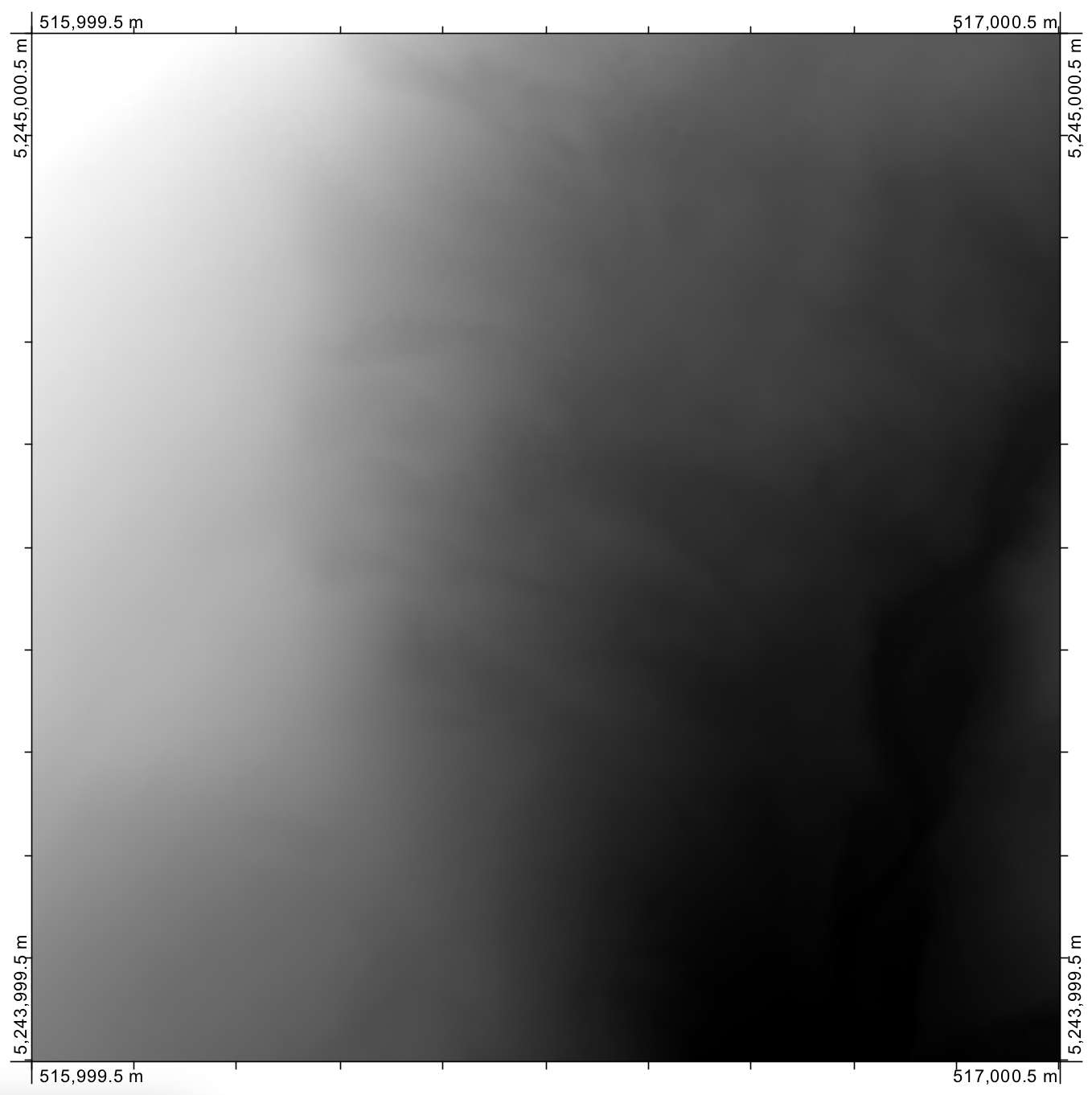 I suspect that this is what you refer to as 'a grayscale flat plane', but I assure you that this is a DEM. If I change the colour ramp (palette) used to render the raster and combine it with a hillshade image derived from the elevation data, this is what it looks like: 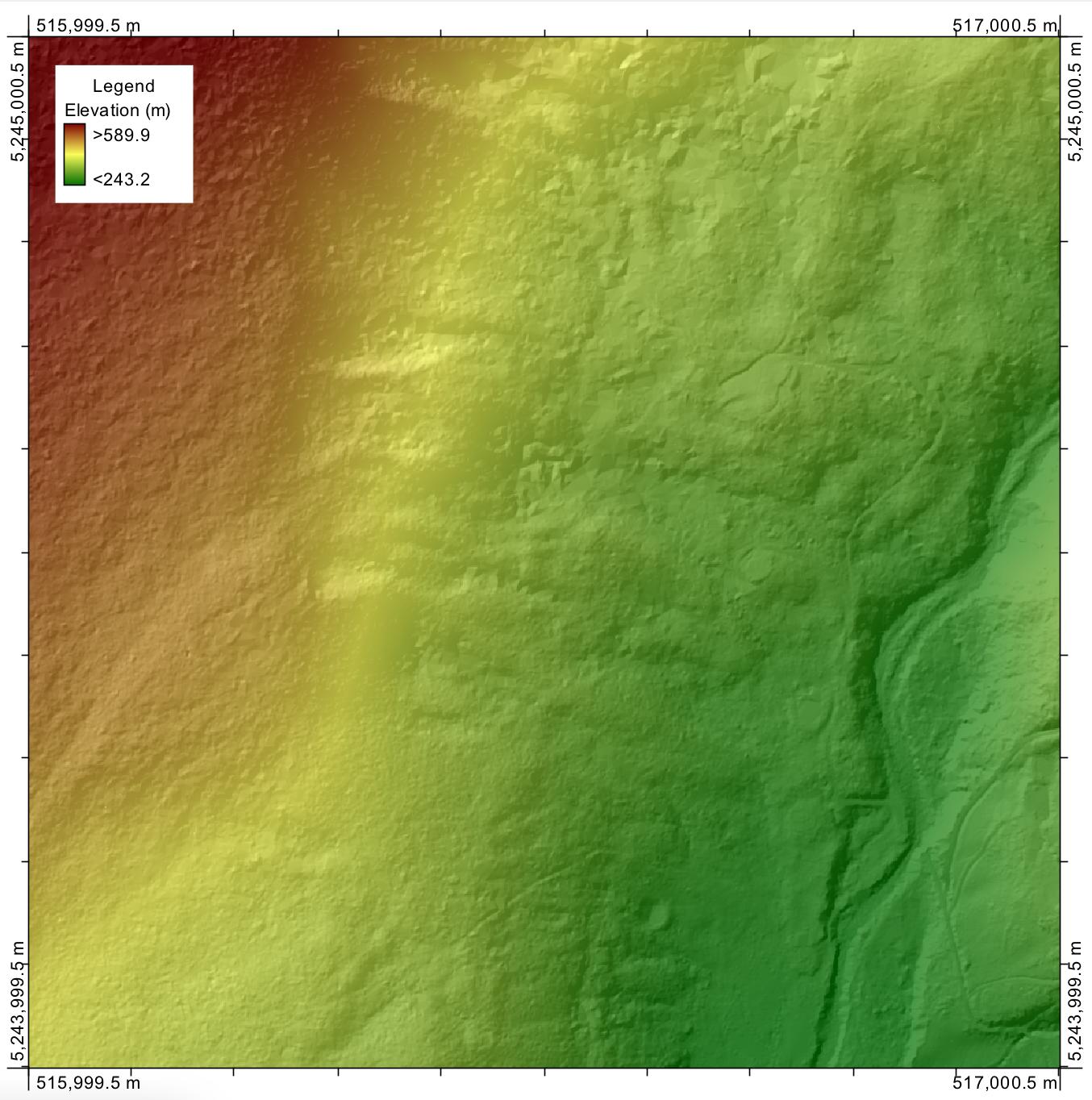 Granted this is one of the most boring DEMs that I have come across, having worked with DEM data for my entire career, but it is nonetheless a proper DEM. It's just that there isn't much interesting topographically speaking about the data. Also, I can tell from the hillshade image that it was interpolated through a TIN algorithm, which may not have been altogether successful in this particular application depending on exactly what it is you want to do with the DEM.

If you have multiple DEM tiles like this one, then you will need to stitch them all together into a single raster, a process that is known as Mosaicking. Then what you do with your mosaicked DEM depends entirely on your particular application. Perhaps you want to extract stream networks or watershed. Maybe you want to use it to model contamination of surface waterbodies or to measure the spatial pattern of landscape visibility. Maybe you just want to create a cool looking 3D visualization of the terrain...something that you could use the ArcGIS 3D Analyst for if you have the licence for that. There is a vast number of things that DEMs can be used for...welcome to the exciting field of geomorphometry!

Regarding printing the raster in 3D one option is the software R.

Here is a code using your sample file: 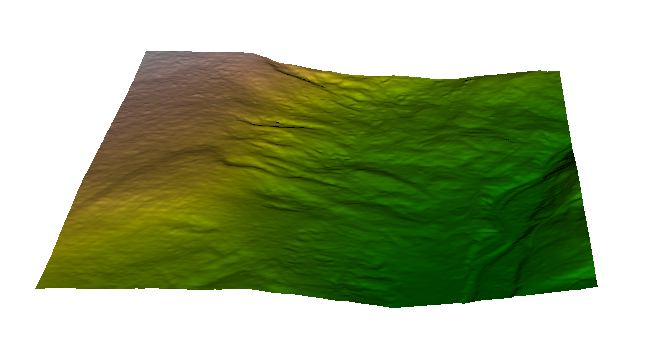 Not the answer you're looking for? Browse other questions tagged arcgis-desktop dem geotiff-tiff lidar esri-ascii-raster or ask your own question.

11
Filtering out canopies and buildings from DSM to have a bare earth elevation
4
Convert downloaded LiDAR info to DEM in GRASS
2
Reversed values from slope analysis of DEM in QGIS?
2
Interpreting .ASC/LiDAR Data?
1
DEM to bmp for cnc carving query
0
DEM not showing when loaded