The algorithm is one of the methods ArcGIS offers for line smoothing and described in Bodansky, Eugene; Gribov, Alexander; and Pilouk, Morakot, "Smoothing and Compression of Lines Obtained by Raster-to-Vector Conversion", LNCS 2390, Springer, p. 256-265, 2002.

If I can't find a ready to use implementation, I will have a go at it myself.

I came across a thread Smoothing a 2-D figure. The answers make reference to this paper Chaikin's algorithm for curves

For a given polygon with vertices as P0, P1, ...P(N-1), the corner cutting algorithm will generate 2 new vertices for each line segment defined by P(i) and P(i+1) as

So, your new polygon will have 2N vertices. You can then apply the corner cutting on the new polygon again and repeatedly until the desired resolution is reached. The result will be a polygon with many vertices but they will look smooth when displayed. It can be proved that the resulting curve produced from this corner cutting approach will converge into a quadratic B-spline curve. The advantage of this approach is that the resulting curve will never over-shoot. 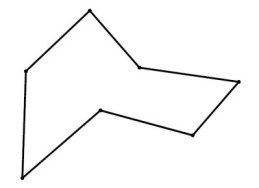 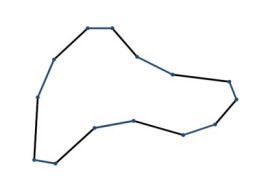 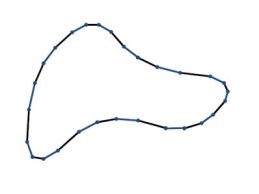 Also, another example you could view Corner Cutting the Cube which is a variant of Chaikin's corner-cutting algorithm.

It is similar in spirit to a number of subdivision schemes for producing smooth surfaces from an original set of control vertices, including the Doo-Sabin algorithm and the Catmull-Clark(?) algorithm, which pick distances and weights so as to produce B-spline surfaces, and the Loop scheme, which is the grandfather of much of today's work on subdivision surfaces in graphics.

To implement either option you might want to look into TP4 : Subdivision curves

Not the answer you're looking for? Browse other questions tagged vector open-source-gis algorithm smoothing vectorization or ask your own question.