I'd like a persistent .shp that covers the world in hexagons (preferably of a decently small area)–does anybody know where I could find something like this, or perhaps what software I could use to make one? MMQGIS freezes whenever I try to export something of this size.

It's probably easiest for you to create your own hexagonal grid shapefile. Many GIS have built-in tools for creating hexagonal grids of any desired resolution and orientation. For example, in the cross-platform and open-source GIS Whitebox GAT, for which I am a developer, you can use the Create Hexagonal Vector Grid tool to create a hex-grid shapefile for the world using a countries shapefile as the base. 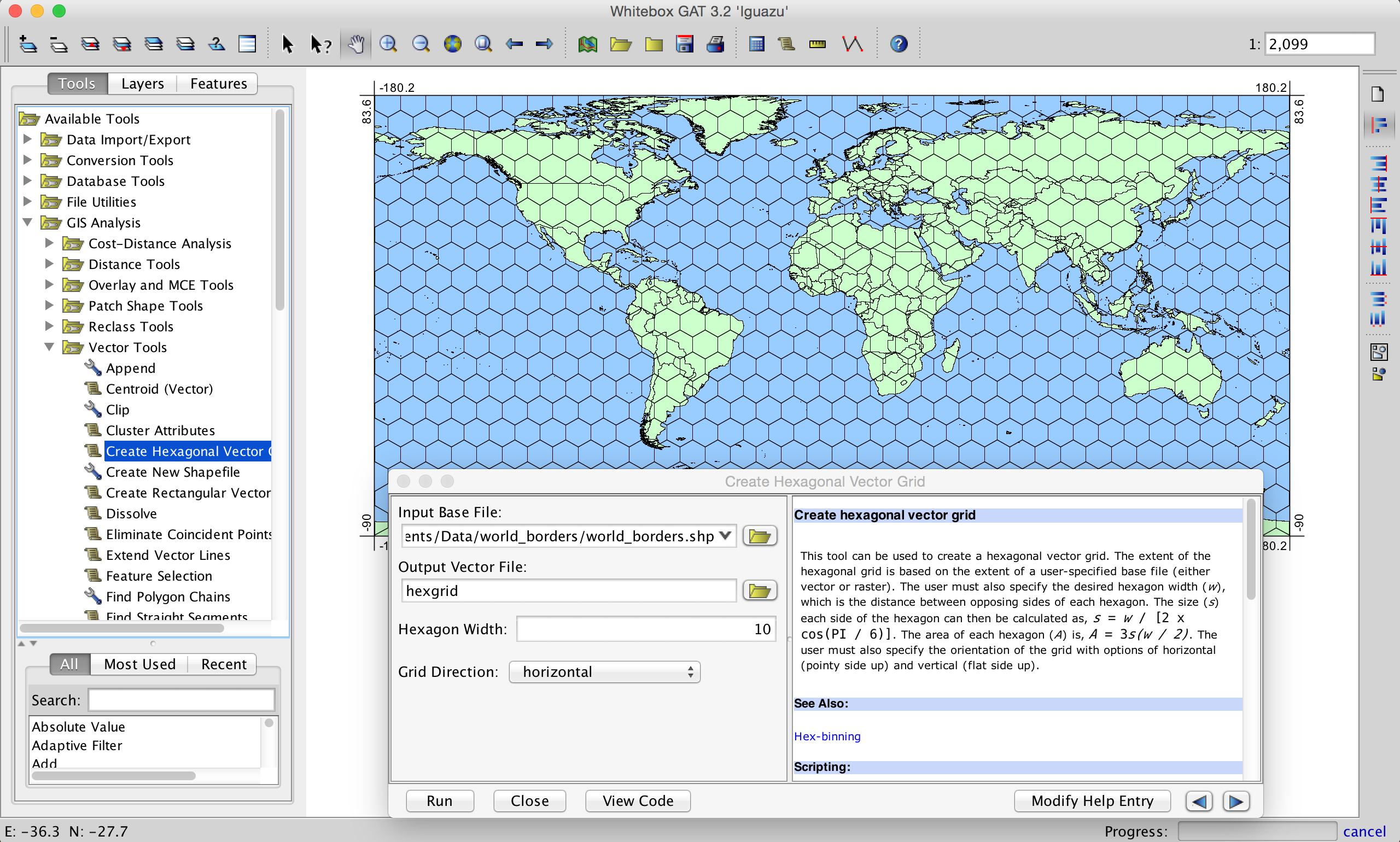 You can specify any desired resolution and whether the grid should be vertical or horizontal (a consideration when working with hex-tessellation). In fact, I enjoy working with hexagonal grids so much that I also wrote a tool for Whitebox GAT that performs hexagonal binning (like a hex heatmap). The following is an example for density of world cities:

There is an R package called h3r that makes it easy to work with Uber's h3 in R. There are also Java and Java-script bindings of H3. 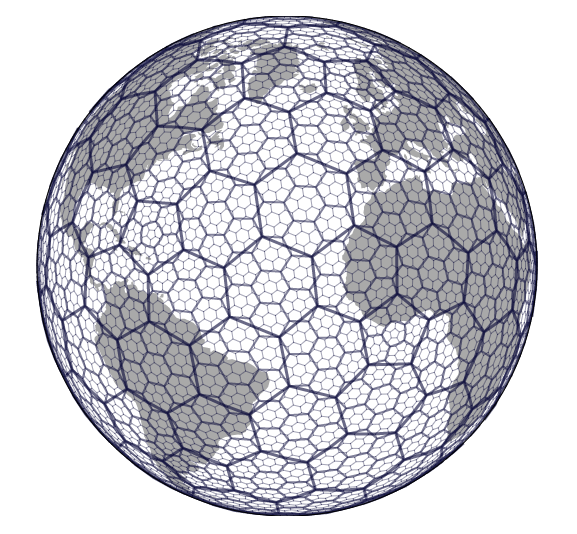 Note that it is impossible to partition a sphere into hexagons only; such a partition must contain some non-hexagonal cells. For example, every resolution of Uber's H3 contains exactly 12 pentagons amongst the hexagons.

You can generate .shp files of hexagonal global grids for all or part of the globe using the free software DGGRID ( http://www.discreteglobalgrids.org/software/ ). If you're an R user you can use dggridR ( https://github.com/r-barnes/dggridR ).

You can use QGIS to create hexagons, but I think Uber H3 is a better solution for most analysis. Here is a link to a tutorial for QGIS.

Not the answer you're looking for? Browse other questions tagged shapefile data hexagonal-grid h3 or ask your own question.