Visualisation of "dominant" point in each location

I had an idea for a kind of visualisation, and I'd like to know if it's been done before, what it's called etc.

Basically it would visualise a single numerical quantity that varies greatly, at relatively few sample points. For instance, population sizes of cities. It would probably also work well for signal strength from radio transmitters.

To calculate the visualisation using a raster scan, given n(i) is the population of city i:

The end result would be that a city with a big population would have a large circle around it, interrupted when it runs into smaller towns. A very small town might be just a small dot within a much larger circle.

Obviously it would look nicer to calculate this using vectors, but I have no idea how.

Is this a known thing? Any libraries, tools, techniques to produce it?

Here's the closest thing I can find, using the tip of searching for "influence map". (Unfortunately that term is also used to describe an unrelated meme in the deviantart online art community...): 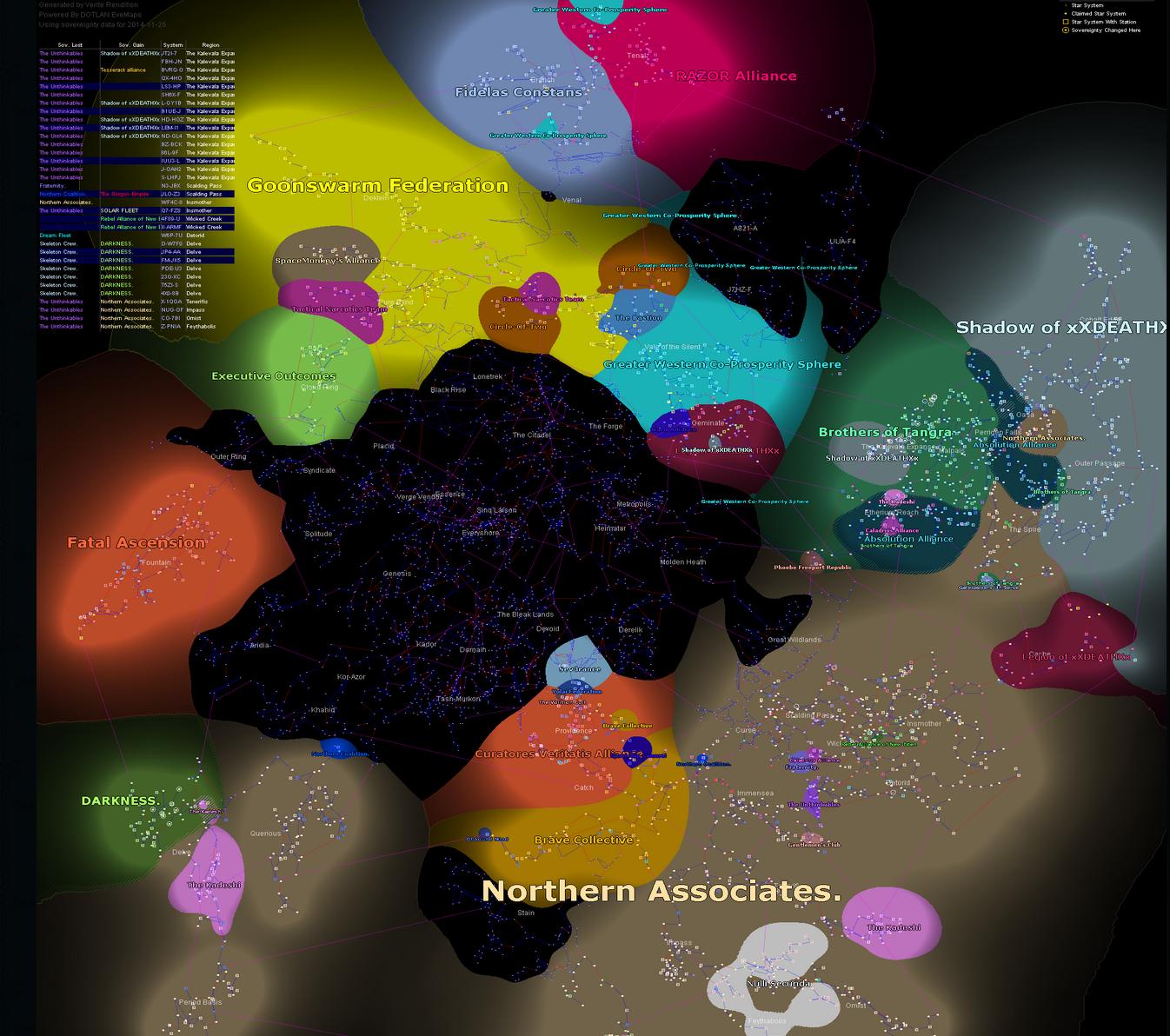 I'm imagining something with much simpler, more geometric, borders between points though.

Here's one ESRI plugin for "weighted voronoi diagrams". @martinf pointed me in the right direction.

An ArcGIS Extension for Generating and Updating Ordinary and Multiplicatively Weighted Voronoi Diagrams for Points, Lines, and Polygons 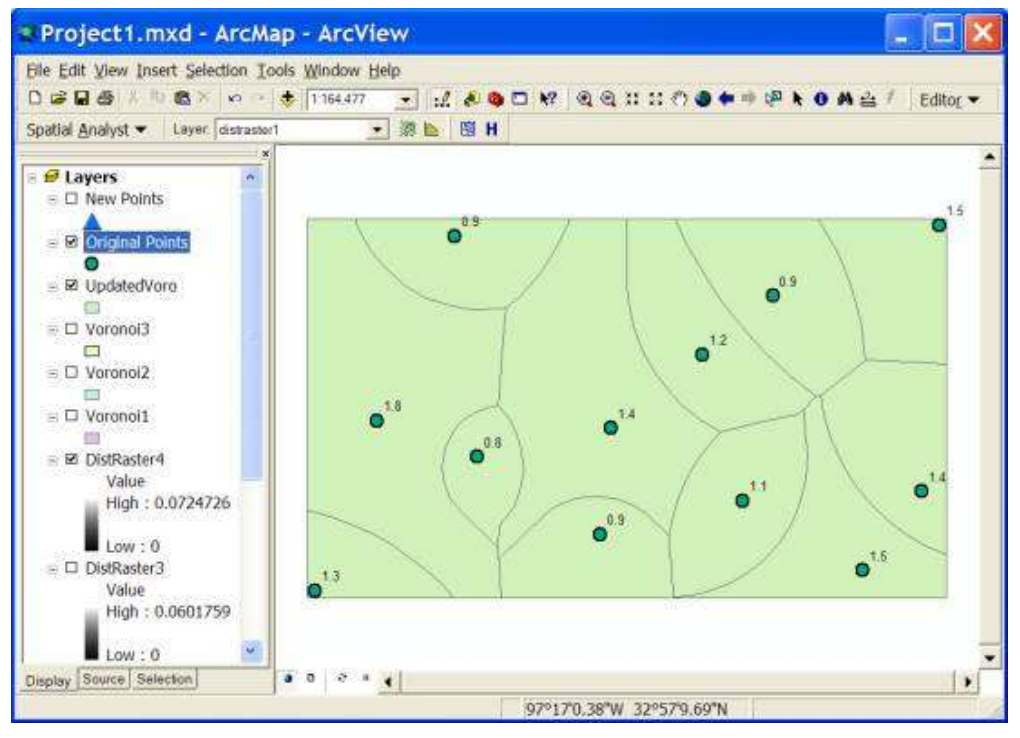 Unfortunately I don't have access to ArcGIS, so this particular solution isn't much good to me. It's still useful to see that "it is a thing".

Ah, I see this has even been addressed before on gis.se: How can I create weighted Thiessen polygons? 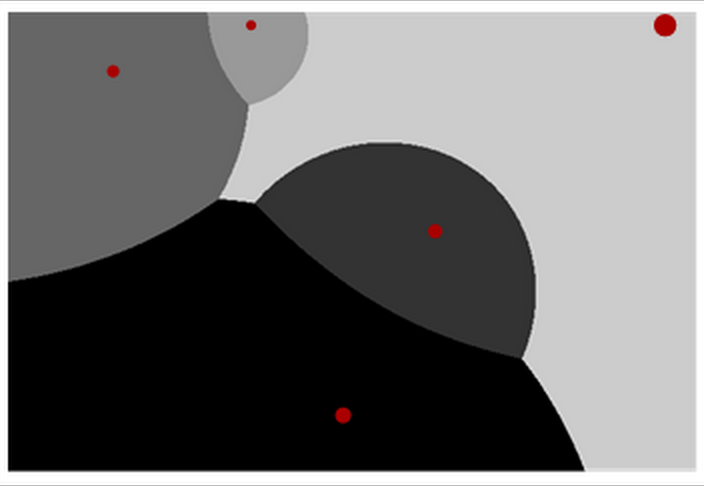 That last one also points to a paper on a vector algorithm (as opposed to the much simpler raster process).

Not the answer you're looking for? Browse other questions tagged point distance visualisation population or ask your own question.

3
Calculate dynamic radius based on population and map resolution
1
Generate random location within specified distance of a given point
1
Automating calculation of Population Density in Census Tracts?
2
Calculating distances from one start point to one end point using batch data in MapInfo?
6
QGIS quickest method of calculating distance between multiple points in one layer?