I have a land cover layer from which I've extracted the tree canopy class and set all values that are not tree to NULL. I've also converted it to a vector and exploded it to make single part features.

I want to classify each patch into "small" (being very small trees along streets or in fields), "medium" (groups of backyard trees clustered together/ in small parks) and "large" (legitimate forested areas such as town forest and the like).

However, there are some medium and large patches that are connected by a very small "bridge patch" resulting in humongous patches that should be a large and medium patch, respectively. It's a mostly residential area bordering public parkland so there is much more dense tree canopy than you see here (also a 6 sq mile area).

I have access to data like roads, town boundaries, etc. etc. No special data or anything not available publicly (from USGS or other sources). I do have the Spatial Analyst and Patch Analyst extension (among others) as well as an ArcGIS for Desktop Advanced License.

For a little visualization of the data I'm working with: 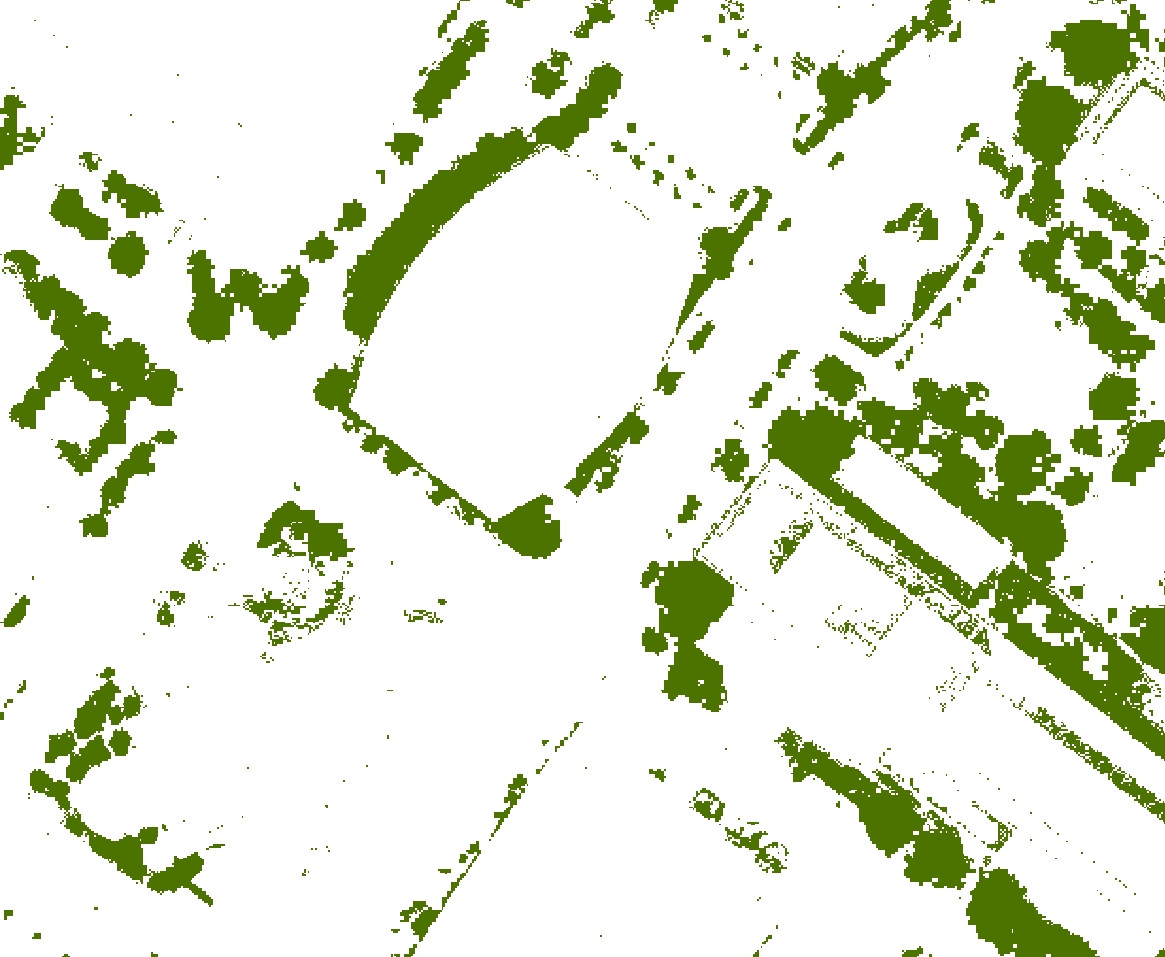 I do have an update on this problem. For whatever reason, the issue with the buffer I mentioned above did not occur the second time I tried it and produced a layer that I then used to create the forest patches. I did try the thin tool to see what kind of layer it produced and ended up with something looking like it came straight out of Tron. I did try "expanding" this layer but I ended up losing much of the integrity of the original TC layer.

You should take a look at the Neighborhood tools in the Spatial Analyst toolset. I have solved similar problems with the Focal Statistics tool, using the circle neighborhood and a majority statistic type. Then, convert to polygons and if necessary use Michael's idea of buffering twice to separate patches.

Not the answer you're looking for? Browse other questions tagged arcgis-desktop spatial-analyst spatial-statistics land-cover patch-analyst or ask your own question.