Canadian Shapefile from Statscan is wrong?

It's great that Stats Can produced this for free! However, it's useless if it's wrong. I'm using the shapefile for territory planning so the FSA (postal code) data needs to be 100% accurate. But look at this image! Why would there be the same FSA all over the place? 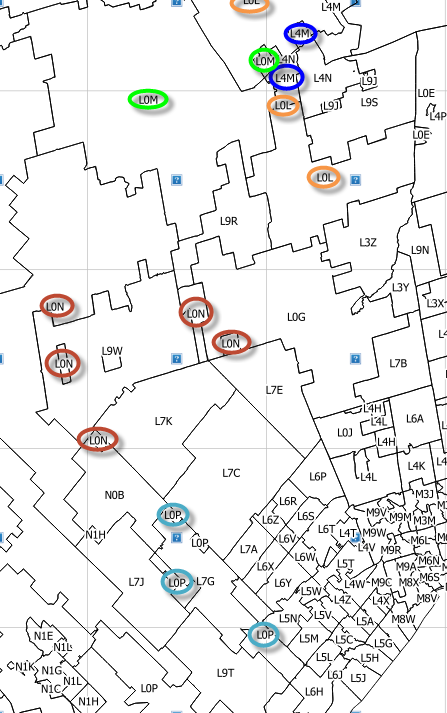 Where can I find a 100% accurate shapefile for Canada? I'm fine with paying if I need to...

Edit: Here's another one from my old home postal code T5E. Why the heck is the Statscan shapefile showing T5E above Edmonton? If you look at Google Maps, it's got it right... 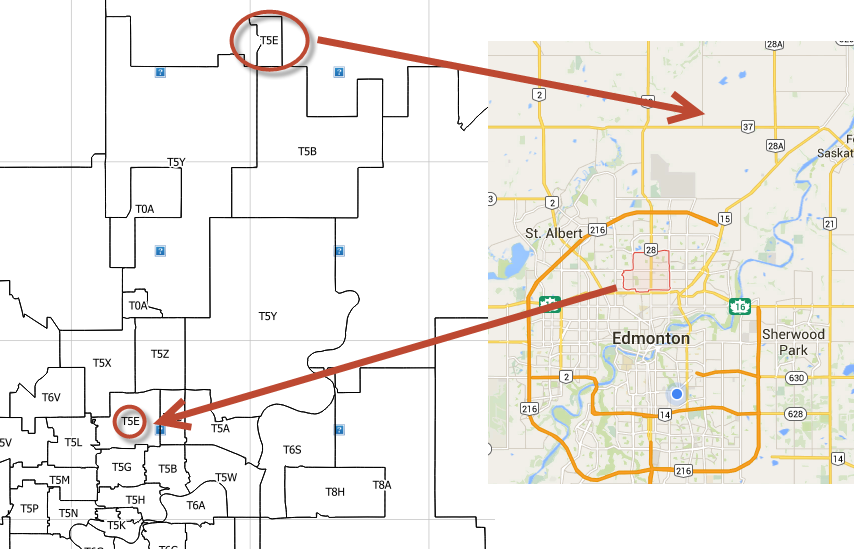 The forward sortation area (FSA) is only the first 3 characters in the six character Canadian postal code. You need to include the local delivery unit if you want unique values.

This wont really be an answer, but its the only way I can add a picture. I have data from TeleAtlas/Esi. I cant talk to its accuracy, but I believe its data 2009 (and not sure how it was created). Downloading and overlaying the StatsCan data (which they say is used from CP with permission) you can see the obvious differences. TeleAtlas/Esri show T5E/T0A in red outlines, while StasCan is shown in green/purple. 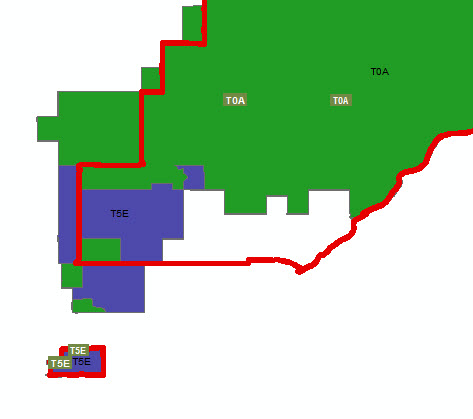 I'm seven years late, but Statistics Canada's postal code data (for FSAs and, if you use the PCCF, LDUs) are not wrong (generally).

Postal codes in Canada can correspond to disjunct polygons, a bit like Russia proper and its territory of Kaliningrad. Both are Russian territory, but Kaliningrad Oblast (once known as East Prussia) is Russian soil. So goes it with Canada Post's FSAs and LDUs. A given postal code can correspond to multiple, disjunct territories.

In a GIS, this makes the dissolve procedure annoying. You can also end up with centroids that, in theory, do not actually coincide with their corresponding postal code.

I assume that the reason Canada Post does this is that originally there were fewer postal codes, and as particular locations within an existing postal code reached a minimum threshold of addresses, that location received its own postal code. While I have not conducted a comprehensive analyis of Canadian postal code geography, my anecdotal observation is that rural postal codes near suburban sprawl tend to have more fragmented geographies than postal codes in the middle of urban areas.

Not the answer you're looking for? Browse other questions tagged shapefile canada or ask your own question.