Correct use of buffering by field (distance) in ArcGIS for Desktop?

I am trying to create a buffer in meters around some points using a field with the distance. However I cannot assign a distance type to use and by default I assume it's doing decimal degrees (I am ending up with 'squished' buffers). Is there any way to use meters when buffering by a field? 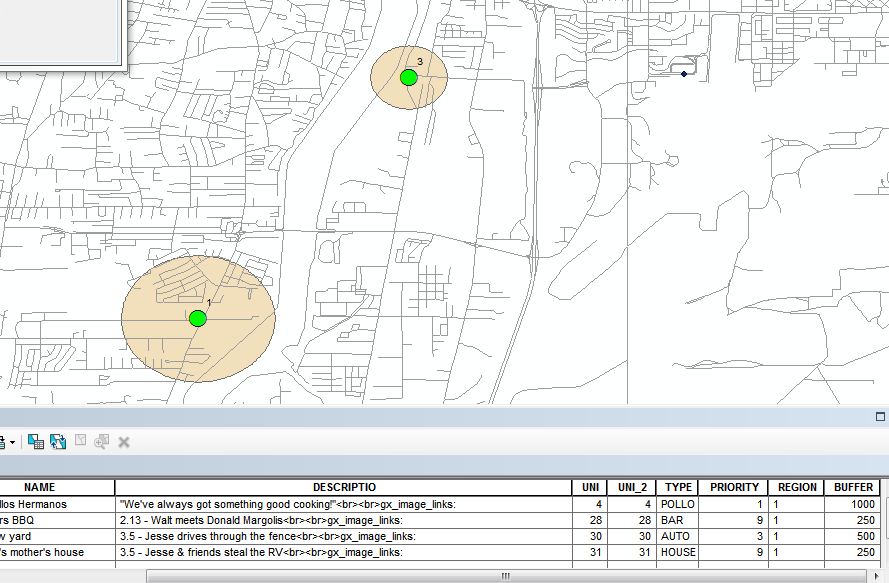 Yes, you can have your buffer in meters just by adding Meters in your field 'BUFFER' like 1000 Meters, 250 Meters.. and so on.

This is documented on ArcGIS resources - Buffer (Analysis)

Here is the snippet from site stating this capability.

Starting in ArcGIS 10.0, running the Buffer tool on a point or line feature class with a geographic coordinate system (e.g. WGS84, NAD83) results in geodesic buffers that are completely free of distortion. That is probably what happened here, except that your data frame's coordinate system is distorting the area. From the help page (emphasis mine):

You can completely avoid distortion when buffering points by using a feature class that has a geographic coordinate system and specifying a Buffer Distance in linear units (meters, feet, and so forth, as opposed to angular units such as degrees). When this combination of inputs is used—point or multipoint features in a geographic coordinate system buffered by linear units—the output will be true geodesic buffers. Geodesic buffers appear as ovals on any flat map and will only appear as perfect circles when displayed on a globe.

Not the answer you're looking for? Browse other questions tagged arcgis-desktop arcgis-10.1 buffer or ask your own question.

1
Buffering line in ArcMap is creating smaller buffer than expected?