This is what I have to accomplish using a python script for ArcGIS 10.1:

This is the code I have for that so far: 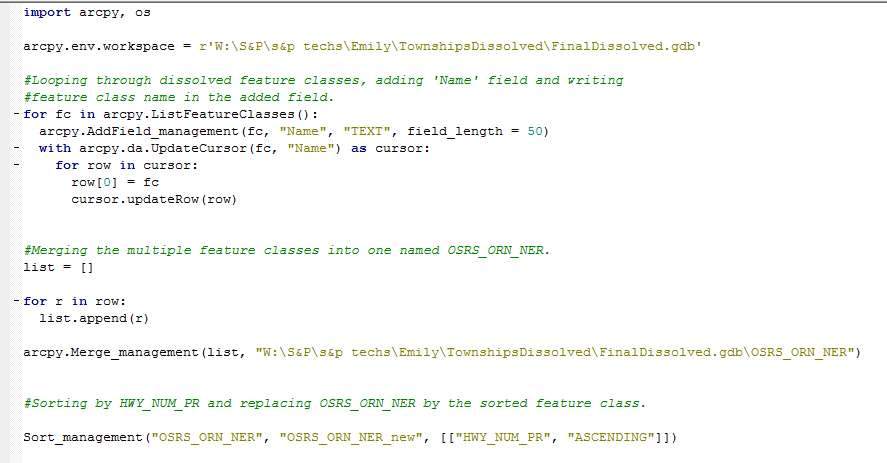 I think the first part of code is right, but I don't know if I did the second right or if I'm even on the right track for the last part. Also, how exactly would I run a python script in ArcGIS? Any help would be great!

it looks quite OK, but you should initialize your list before you loop on the fc, and correctly indent appending the fc names to your list

Not the answer you're looking for? Browse other questions tagged arcgis-desktop arcpy arcgis-10.1 merge sorting or ask your own question.