I created custom symbols on my PC at home using:

Now I want to transfer the symbology settings to another machine on campus.

I can't locate a file which contains the setting.

You could save the layer out as a layer file (this doesn't store data):

And then import that layer file as symbology:

Or, if you want the data, and symbology included in one package, you could save the symbolized layer as a layer package. This would probably be the easiest and best solution.

Saving a layer package (scroll down)

After you create the layer package, you just open it on the new computer and it will add the data and symbology you created.

If you want the symbols separately as a style reference then access the pc have intended symbols and go to "C:\Users\USER_NAME\AppData\Roaming\ESRI\Desktop10.1\ArcMap". There you will find USER_NAME.style. Copy this file and paste in the location "C:\Program Files (x86)\ArcGIS\Desktop10.1\Styles" of the new pc. 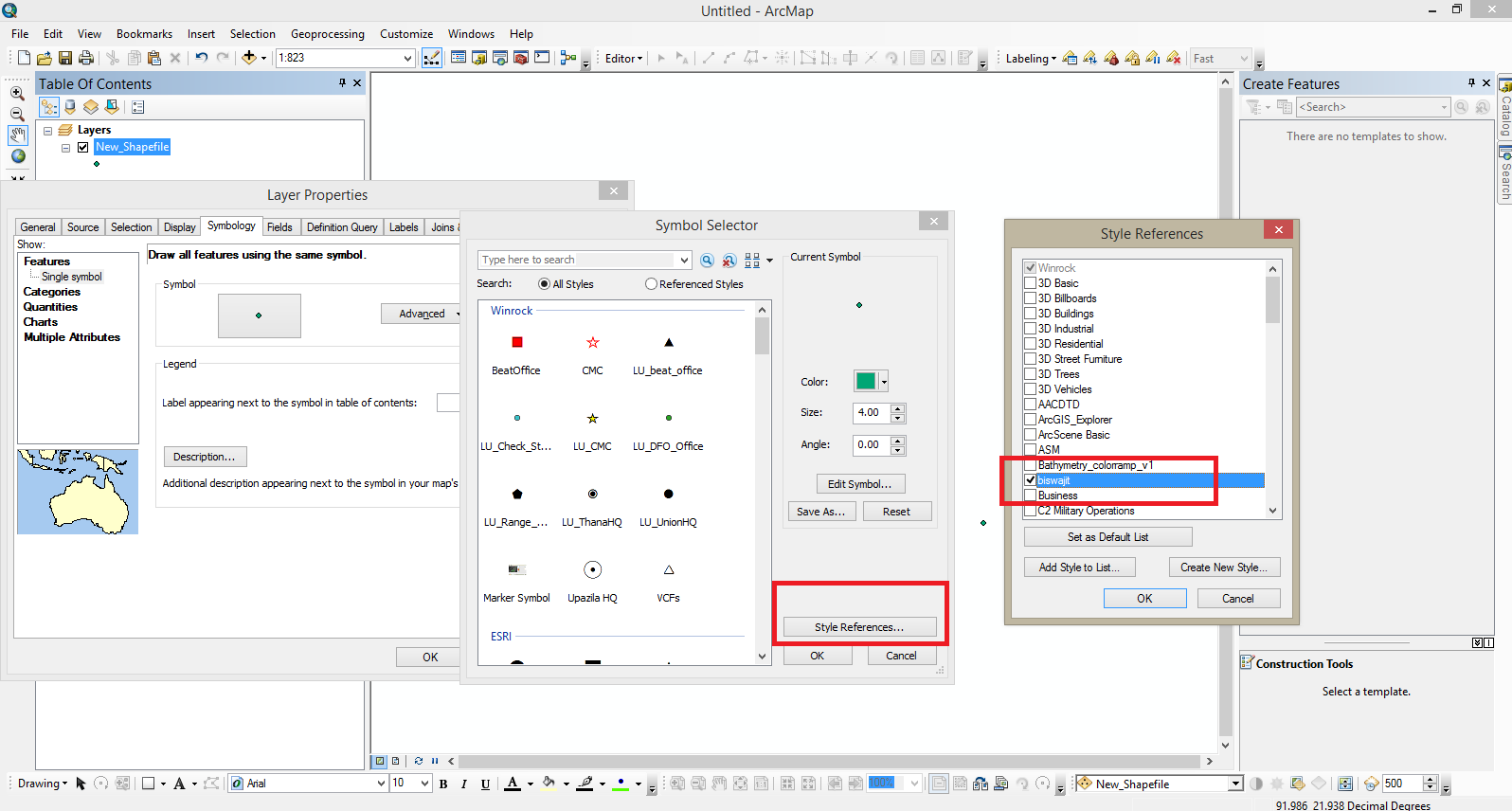 N.B. In fact, if .style file extension is changed to .mdb then it is an ms access databse where you can change the properties of symbols.

When you send someone a layer file you are assuming that the fonts to create that symbology are installed on their pc. If that person opens the layer file and sees wingdings instead of your symbology you will need to send them the fonts located on your pc at (C:/window/fonts); they will need to store the fonts in the same location on their pc to get them to show up correctly in ArcMap. 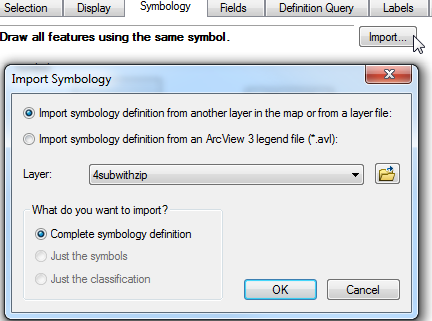 Take a look at The ESRI Resources for the Style Manager.
You'll need to create your own, new style file, and copy your styles from the default into your new one.
Then on the new machine, just import/add the style file with your styles.
ArcMap 9.x Tools > Styles > Style Manager
ArcMap 10.x Customise > Style Manager

Not the answer you're looking for? Browse other questions tagged arcgis-desktop symbology or ask your own question.

1
Text appearing as symbols after opening Map Package from ArcMap