Error converting a raster to polygons

When I am converting a raster using the polygonize tool, I get this error:

I tried with other rasters and keep getting the same error.

Does anyone know what it is about or how I can solve it? 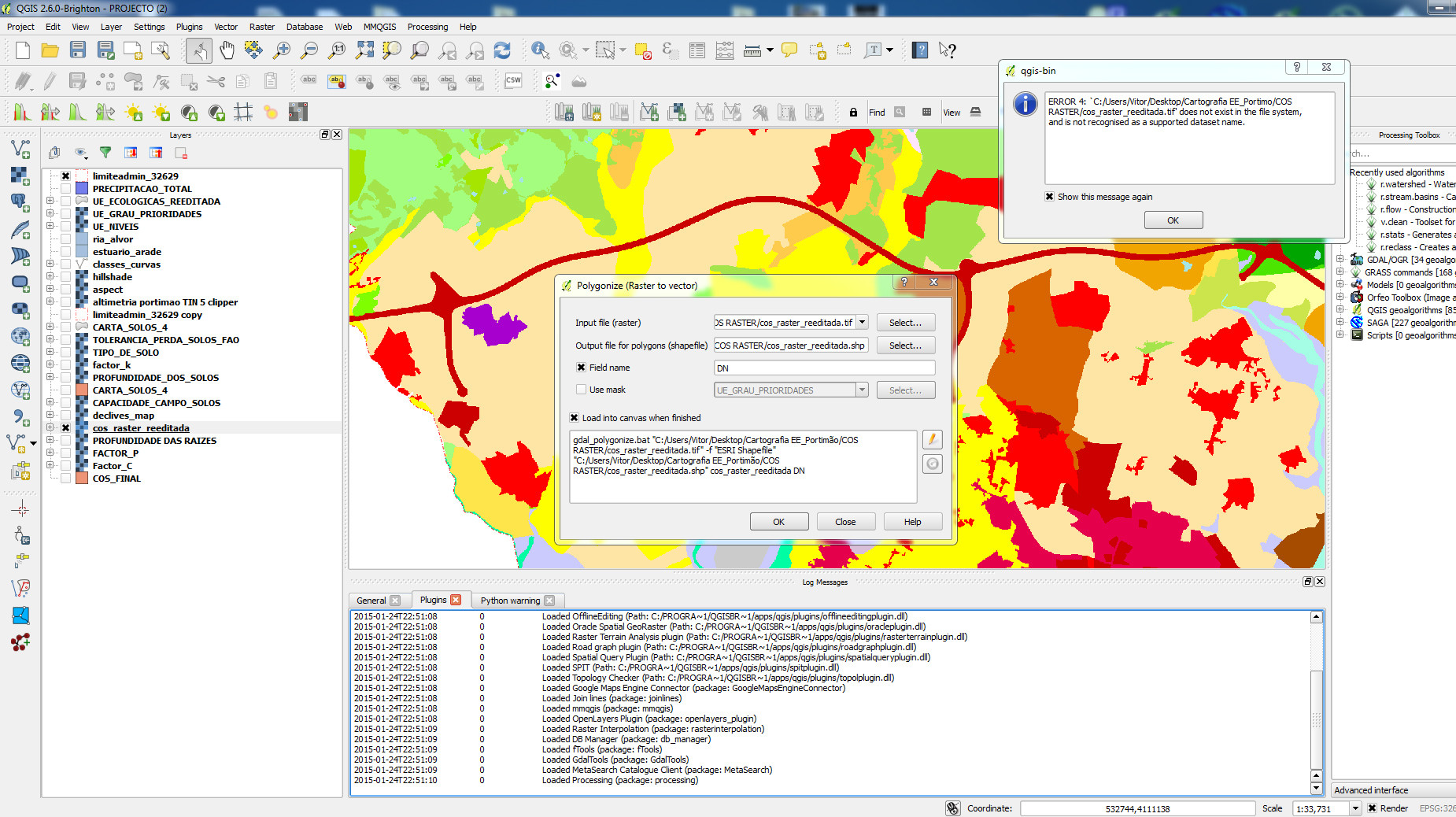 The problem is that something in the stack (QGIS, GDAL, or the operating system) doesn't appear to be handling the ã character in the directory name (so Portimão becomes Portimo).

That looks like a bug, which you should check isn't already filed at http://hub.qgis.org/projects/quantum-gis/issues, and if not already filed, add details.

In the mean time, I'd work with a "simple" directory path - try to avoid anything that isn't simple ASCII, and also avoid spaces (unlikely to be a problem, but safer if you're going to change the path anyway).

If you really need to use a path containing arbitrary UTF-8 characters, maybe you could try it on Linux?

Not the answer you're looking for? Browse other questions tagged qgis raster polygon convert error or ask your own question.