How to load geojson vector tiles from mapbox id?

I have some data hosted on mapbox and I'm trying to load it as tiled geojson into Leaflet from its mapbox id (I just want to get plain geojson, I'm not trying to render it). How can I achieved that?

I tried this snippet:

but it doesn't work, I get the following error:

I also haven't been able to get L.mapbox.featureLayer() to load vectors I've uploaded to MapBox. Vector Tile source .mbtiles files are no longer .geojsons but have been converted into a bunch of tiled .svgs combined into one .mbtiles file, so I'm not sure if mapbox.js has the ability to render vector .mbtiles the same was it renders hosted .geojson files.

If you want to render the vector tileset on your map, try styling it in Mapbox Studio and uploading the style project to MapBox (docs).

OK, so looks like there are two different ways to import vector data into mapbox: 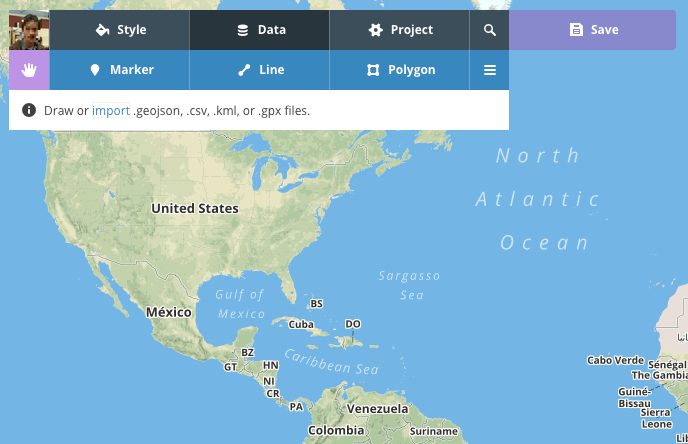 In summary: it is not possible to access the geojson data of a vector tiles source.

Just tested it again and it works fine. Have you added these two lines with the up to date API and CSS?

I'm not a MapBox-User, but the syntax to get the feature layer seems to be a bit different: https://www.mapbox.com/mapbox.js/api/v1.6.1/l-mapbox-featurelayer/

Not the answer you're looking for? Browse other questions tagged leaflet geojson mapbox vector-tiles or ask your own question.

0
Why won't this mapbox map load into a DIV container?
3
Using geojson hosted on GitHub from Leaflet: it doesn't work
90
Self-hosting Mapbox vector tiles
1
Retrieve MapBox tiles in vector format rather than raster
1
How to either cache or serve locally tm2 vector tiles downloaded from mapbox studio
2
MapBox GL geoJSON markers disappear when custom style loaded
5
Generating and hosting vector tiles from GeoJSON - no errors, but no data
0
How do I create a geoJSON layer with a div icon instead of the leaflet standard icon?
0
Unable to Load ArcGIS vector tiles to mapbox-gl-leaflet