I own a project created with TileMill in SRS 900913. The data source is a Postgis database with the same SRS.

When I'm loading the file generated with TileMill (mbtiles) in QGIS and I'm putting under an orthophoto with the same SRS, or the original Postgis layer, the mapping displayed is moved approximately 2.5 meters moves in the Y axis relative to the PostGIS layer.

However if I'm loading QGIS directly from a PostGIS data source, works like a charm (think). Is like TileMill is displacing it because, as I said, loading the postgis layer directly from the database is working fine. In this image, you could see the Y offset between postgis (marked in blue), and mbtiles raster (marked in black) 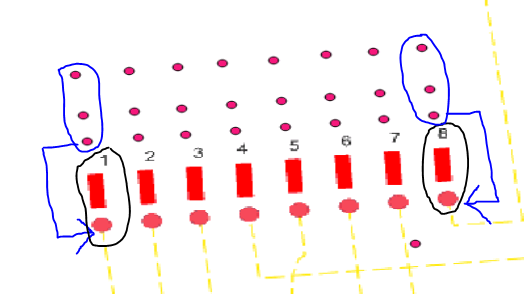 Anyone know what could be happening?

Solved. It is a QGIS bug with mbtiles format. I have QGIS 2.6.1-Brighton. It shifted the mbtiles 3m south. If I load the mbtiles file in my leaflet project, it fits perfectly.

SRS 900913 is not supported by QGIS anymore. It has been officially replaced by EPSG:3857, but the mapnik people still stick to their 900913. The projection has some pitfalls which are only solved if QGIS recognizes it correctly. If you load data from a OSM postgis database, a custom CRS will be created for it.

You don't write how you add the tilemill tiles. If you set the layer CRS to EPSG:3857, it should come out fine.

Not the answer you're looking for? Browse other questions tagged postgis tilemill mbtiles or ask your own question.

3
small difference in projection between tilemill and postgis
13
How to automate export in Tilemill?
1
Incorrectly Projected PostGIS data in TileMill
0
How to ensure that Tilemill interprets my postgis query as intended?
1
Publishing layer (shapefile or postgis) with TileMill moves it 200 meters?
1
How do I display my roads in Tilemill?
1
Importing Tilemill produced mbtiles to CouchDB
2
incorrect skewed re-projected Grid lines in TileMill
0
Making lines from nodes using OpenStreetMap and PostGIS (+ TileMill)