Simplify a road network to obtain the intersections

In QGIS 2.6.1 in Ubuntu, I want to measure the density of block in this city (FYI my final aim is to measure the TOD level). I have the road network from French national IGN dataset BDTopo. I have measured the number of intersections using the QGIS tool "Intersection" by computing the intersections of the network. 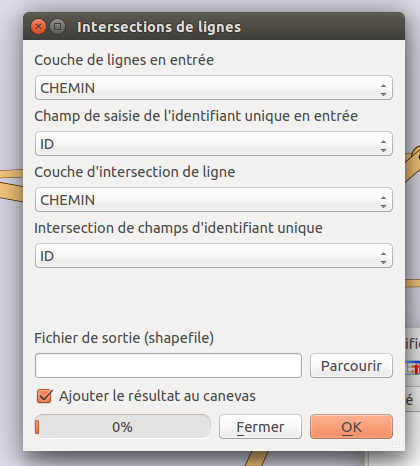 As shown on the image of the intersection window tool, I selected the same layer twice 'CHEMIN' and used the idea of each edge 'ID'. 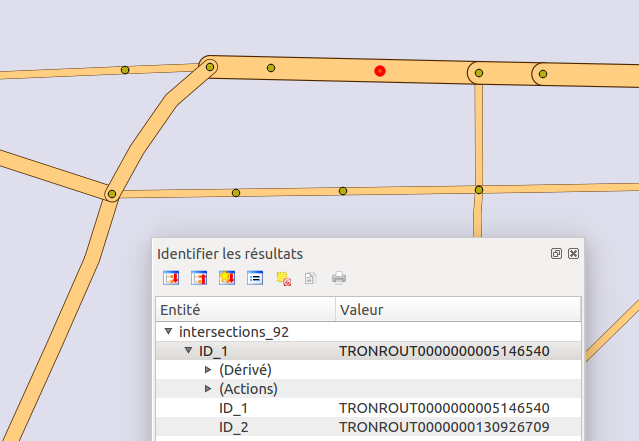 The result is shown here. My problem is that some of the generated intersections are not real intersection. They are just two edges with different characteristics that connect, like the one selected here, which have two different physical width (shown in the map). The field 'ID' was used for the intersection, I tried with a different field, the name of the street and the result is roughly the same, there are too many intersection, more than the ones I want to obtain.

Now I want to simplify my network and avoid having a change of edge ID each time the width of the street changes or when there is a bridge, as is currently the case in the dataset. I would like to have less edges and merge edges when they belong to the same street basically.

I've had this problem some time ago and it took some effort to solve, at least partially. In my case, the street network was split into segments, so I first joined them. You could use a Merge by field in QGIS, or use PostGIS. Then I had to use PostGIS to remove duplicate fields based on the point of intersection(the_geom).

Not the answer you're looking for? Browse other questions tagged intersection ubuntu network simplify qgis-2.6 or ask your own question.

25
How to simplify a routable network?
0
Nearest intersections outside the polygon in ArcGIS for Desktop?
0
Calculating intersection between lines with GeoTools (java)
1
The Filter geometry function in T-SQL is not precise and does not return valid results
3
Find intersections of roads in QGIS