I would like to simplify a polygon shapefile where the resulting output has a minimum distance of 5 kilometres between the new vertices.

We have ArcMap 10 on an ArcView license, FME and QGIS.

I have tried the generaliser transformer in FME using NURBfit smoothing and set the segment length to 5km but it still created vertices within that distance.

The image attached below shows what an order can can look like. So there can't be a vertex within 5km of another vertex.

We would like to be able to generalise multiple shapefiles so there are no vertices within 5km of each other, and without using a bounding box as that would include areas where we don't want. 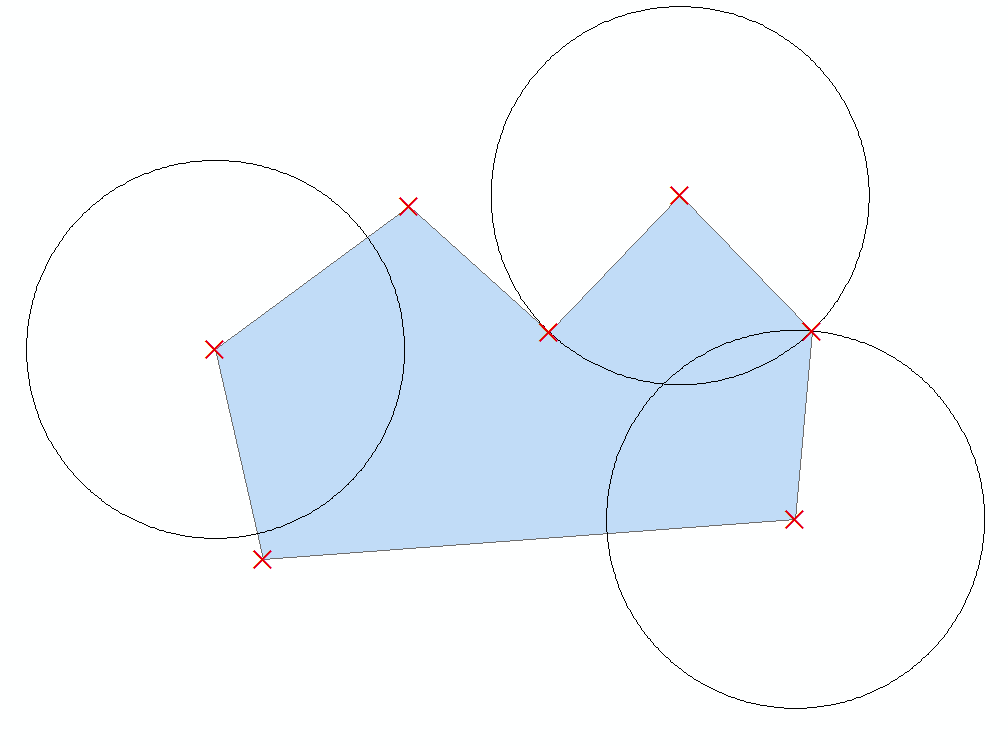 Assuming I'm understanding the question correctly, this can be easily achieved using FME and the Generaliser transformer. If you use the "Thin" (or maybe "ThinNoPoint" depending on your use-case).

This will remove any points that are more than 5km from the next.

The Thin algorithm will remove vertices that are less than the Generalization Tolerance distance away from an adjacent vertex. The begin and end points are never moved, unless the entire length of the feature being thinned is less than the tolerance, in which case the feature is replaced by a point feature holding the final coordinate.

Not the answer you're looking for? Browse other questions tagged qgis arcgis-desktop polygon fme simplify or ask your own question.

4
Spatial join with a calculated WHERE comparison for >1 result
1
Calculating length of polygon in ArcGIS Desktop?
0
Find minimum downstream flow distance from each polygon to any polygon in other feature class
1
how to get first and last point of MultiLineString-objects in qgis3
1
Variable Buffer on Street Centerline using ArcGIS
3
Generalising lines of varying detail in QGIS