Bridge not there in Google Earth

The bridge is there both in the image but draped over google earth terrain and as a 3D structure. Turn on 3D building.

Note that Google does not allow users to upload their 3D models (previously possible to create and upload with SketchUp a tool now owned by Trimble). The existing 3D buildings and structures have not (YET) been removed, but now new user-built buildings are being added. 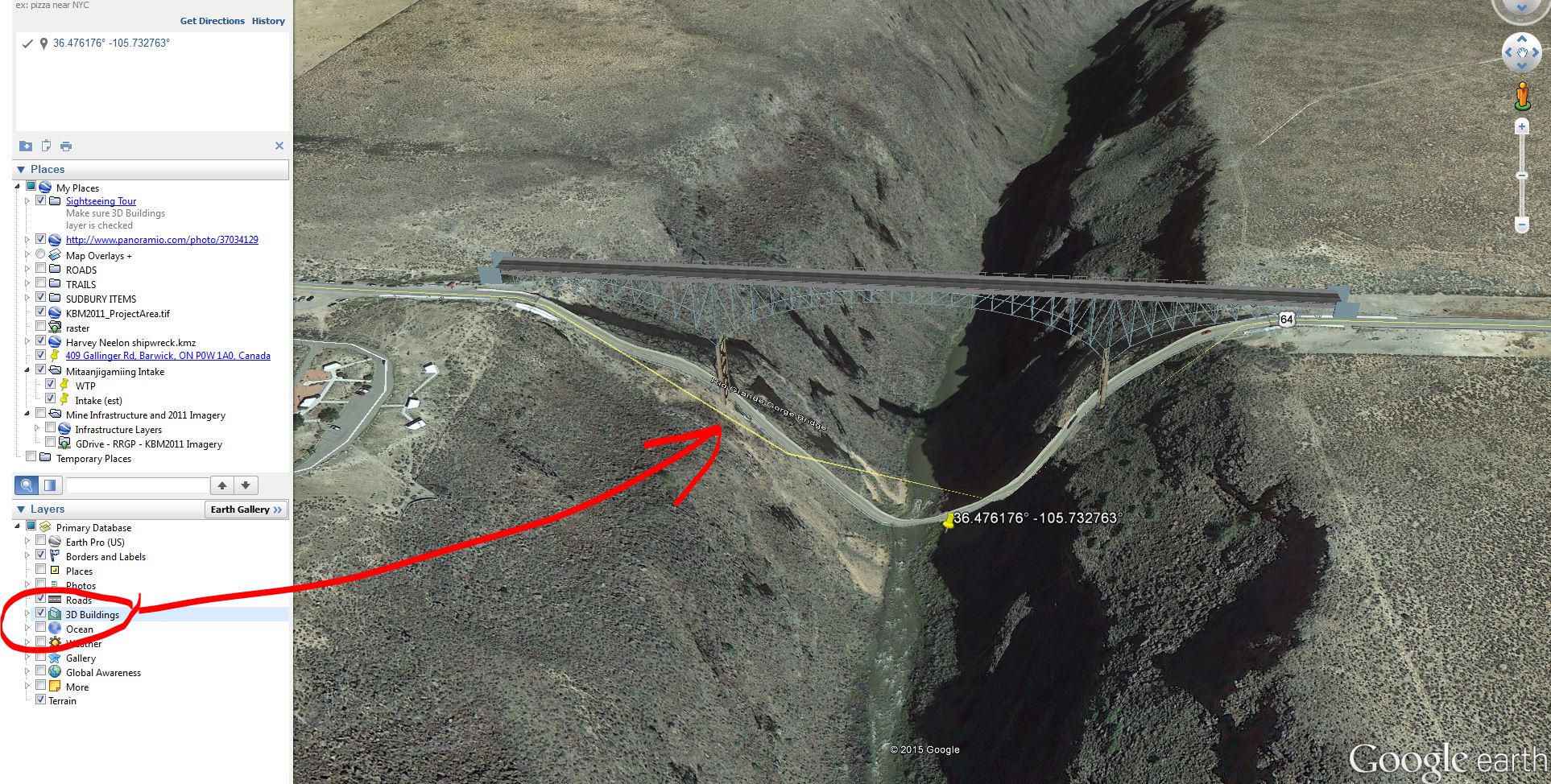 Google, i think, has some other plans for their own data-driven and automated 3D modelling instead; Google imagery, terrain and data resolution differ from a place to place. Some areas may have extremely high resolution imagery featuring 3D objects created from LiDAR or stereo imagery whereas other areas are still Landsat 7 15 m resolution.

Only some pleaces feature this new 3D Google Earth technology, Sudbury, ON, Canada is for some reason one of them, I think most urban areas in the US are the same but the rest of the world will have to wait: 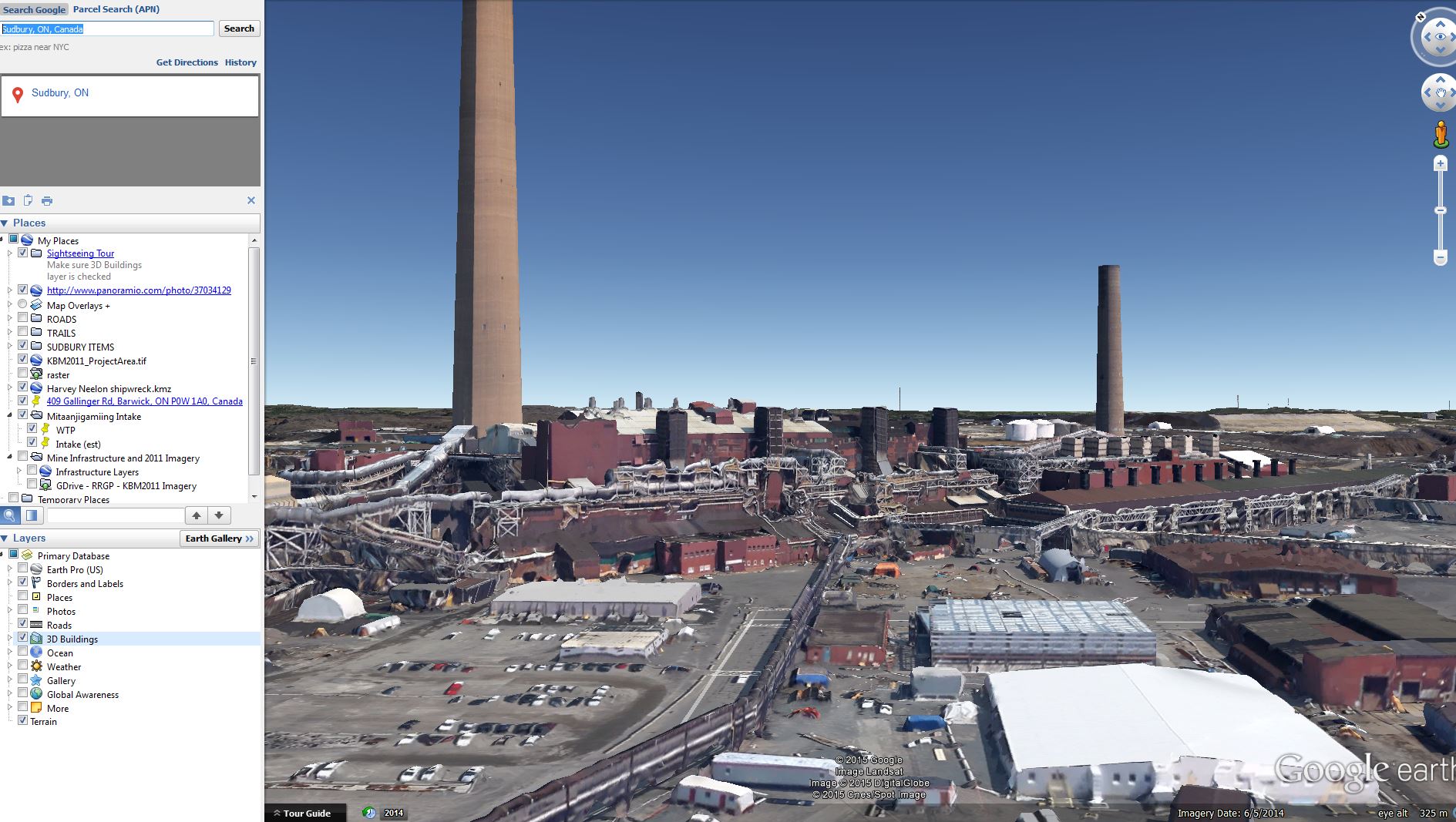 Not the answer you're looking for? Browse other questions tagged google-earth or ask your own question.