I have produced an article for publication and I have just been informed that I must produce all maps in colour and greyscale as the printed journal is only published in greyscale but the article will be made available in full colour for download. I'm looking for advice/guidance on making the below maps suitable for printing in greyscale but still easily understood.

How should I display the different layers (the vulnerability ranking, the centroids, the flood zone etc.) so that the entire map remains easily identifiable and understood when printed in greyscale? 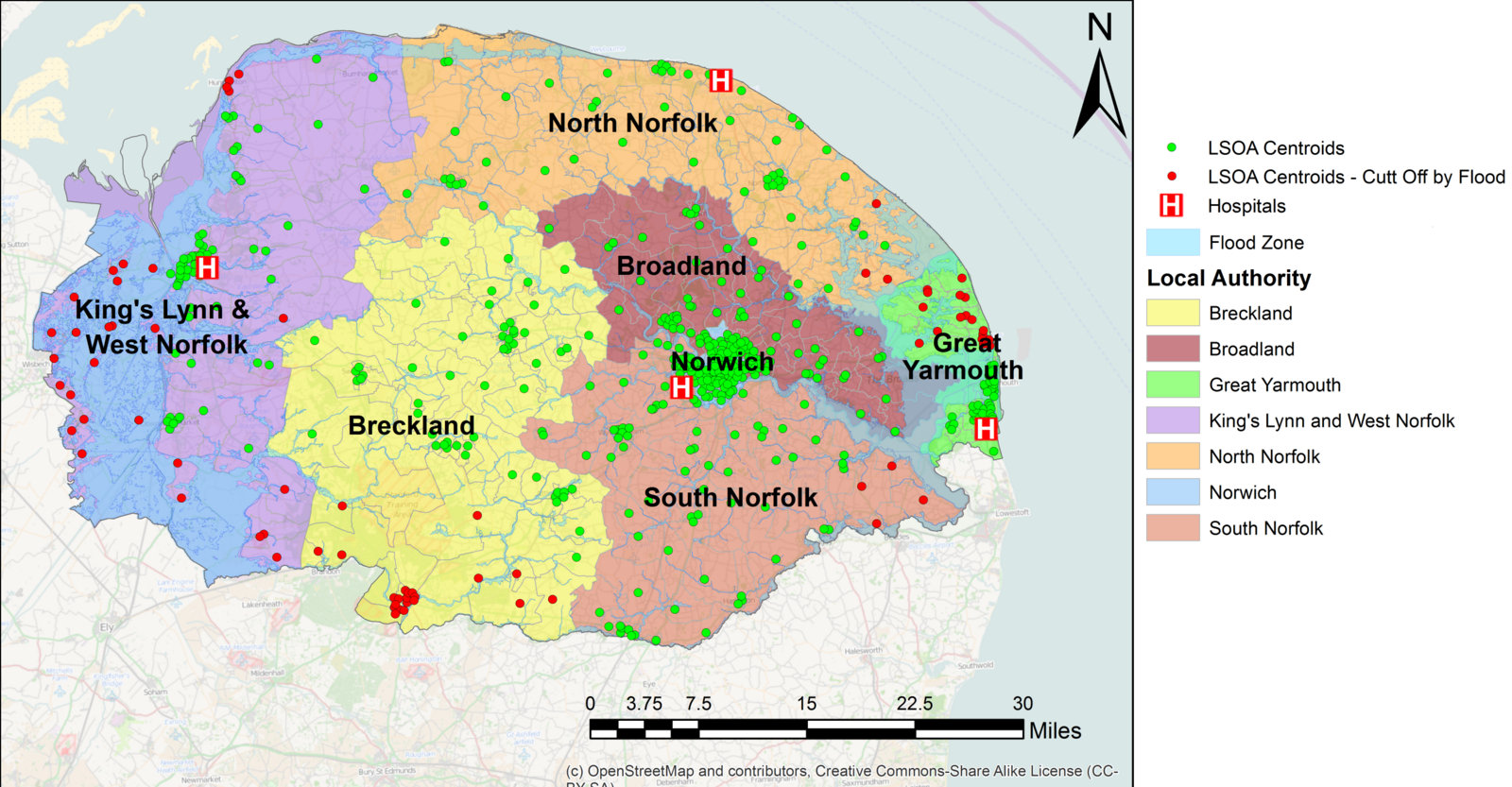 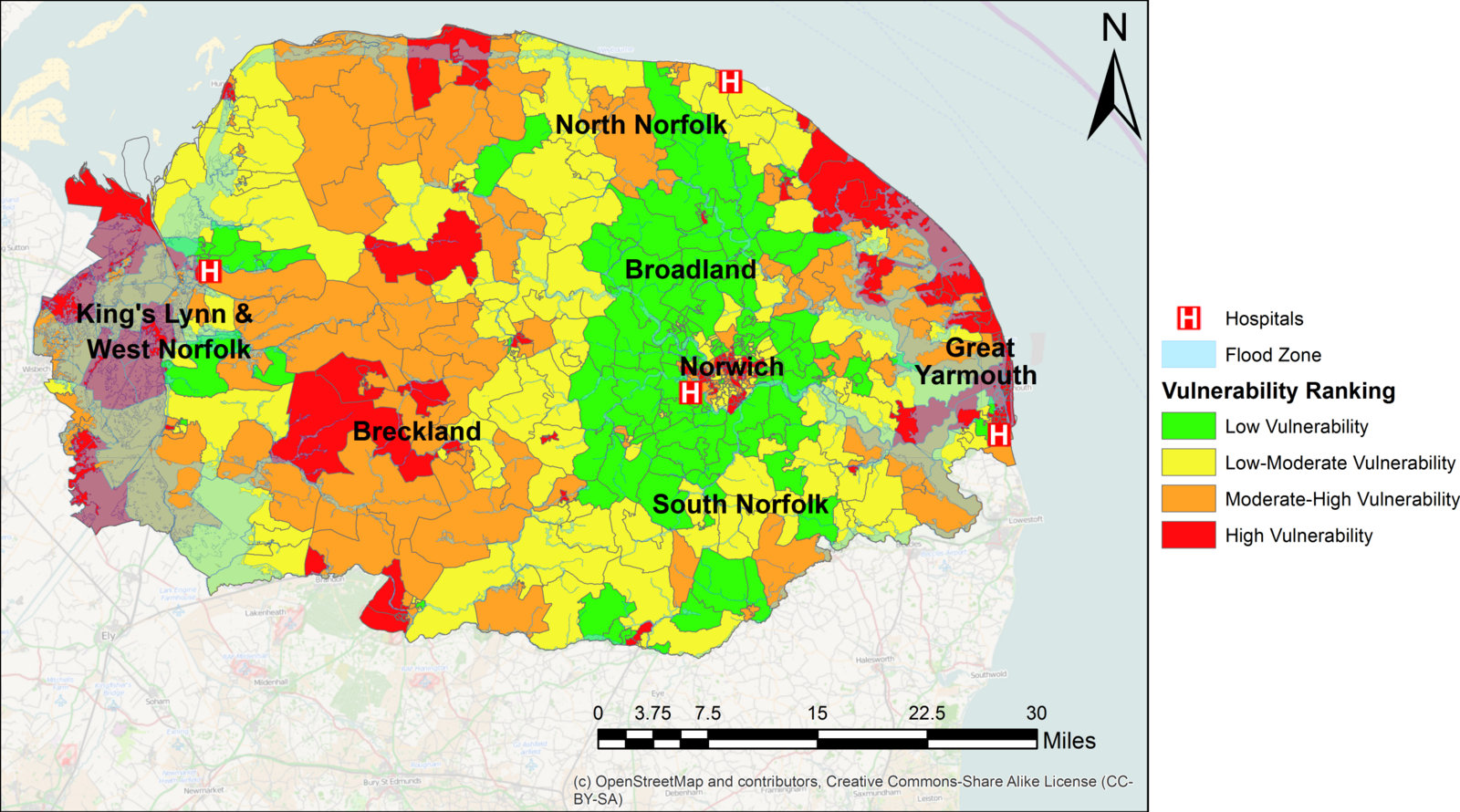 On the first map you could use a heavy stroke around the Local Authority boundary and rely on the labels to communicate that information. The flood zone could then be hatching fill. Points could then become x and o with x being cutoff LSOA centroids. Hospitals could be the same symbol but black. Rivers are a bit tricky but if you made all 'land' a light grey, rivers could be shown in white.

Not the answer you're looking for? Browse other questions tagged arcgis-desktop arcgis-10.0 cartography or ask your own question.