Divide polygons into *n* number of groups of equal counts with ArcGIS 10.2 is very similar to my question. But instead of equal number of polygons, I have multiple points (schools) with a z value (students in a special program). I am in 10.2. I have spatial analyst.

I have tried grouping analysis to see of it could get me close and no dice.

I know I can do this manually but I have a feeling this analysis will be required again for a different program so I would like to automate it as much as possible.

Attached is a proportional symbol map showing the range of z value and the general location of schools. I want to group it into 3 groups, same sum of z values. 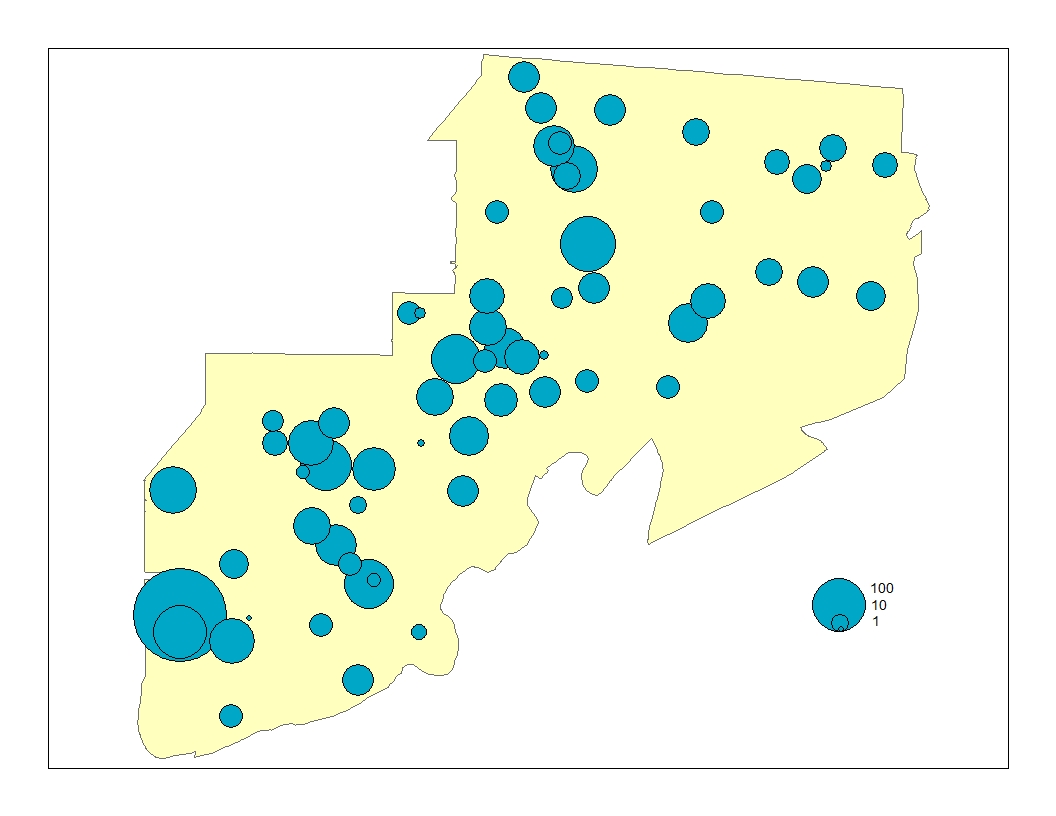 I think I will just visually (and with input from program director) pick three Central locations and create service areas using network analyst. Once I have finalized the appropriate service areas I will export them into a polygon shapefile and sum the number of z values for the school that are in the nearest service areas. Any schools left in a middle zone will be distributed to the group with the lowest z value sum. 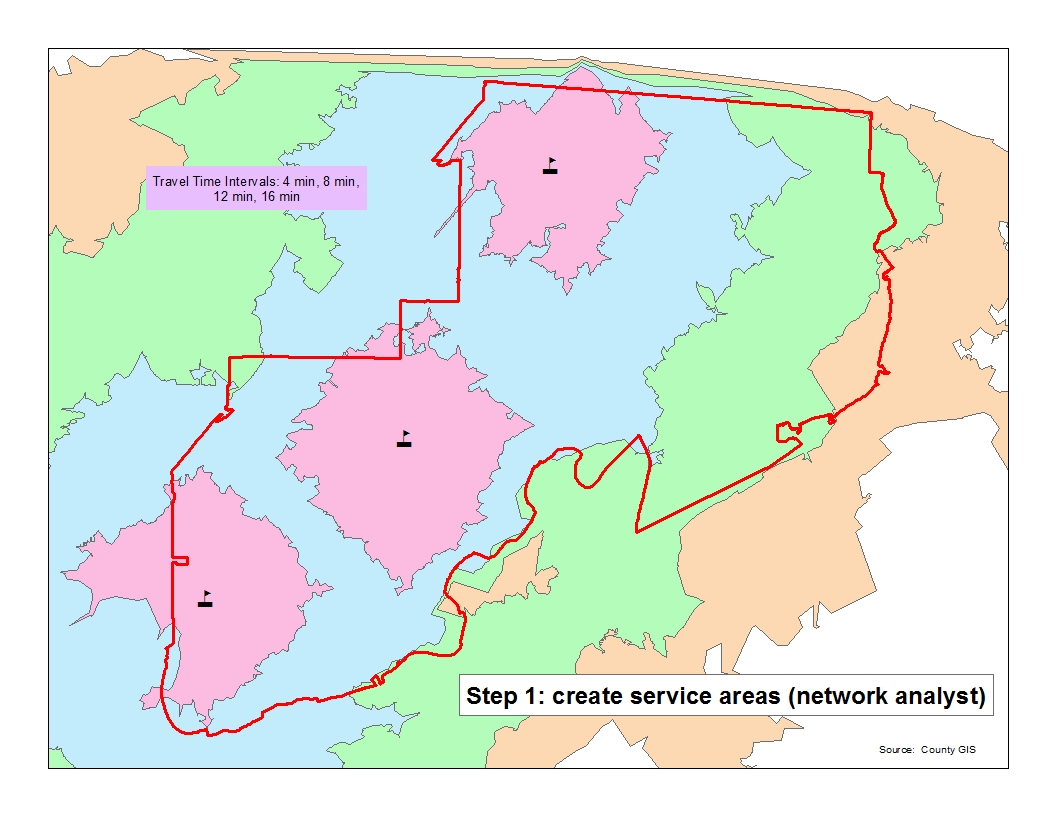 I think Districting extension will solve your problem. It's usually used for elections and territory planning for franchises. http://www.esri.com/software/arcgis/extensions/districting

According to ESRI it accepts point data as well as polygons, yet I haven't tested it myself.

10
Dividing polygons into *n* number of groups of equal counts with ArcPy?

2
Grouping Points by Location using ArcGIS Network Analyst
2
How to create circle that contains a certain number of points?
3
Graph/Network building and analysis of linked polygons in ArcMap
5
Dividing polyline layer in clusters with specific requirements in ArcGIS for Desktop?
3
Grouping or Clustering Points that are within 45 miles of each other using ArcGIS Desktop?
6
Clustering neighboring points inside ArcGIS Desktop?
1
Removing Outliers from point layer