Can't go into detail about what these features actually are but I will just refer to them as the green line and the black line. The black lines are not able to ever overlap the blue polygons. Black lines have a specific orientation depending on which side the closest green line is. 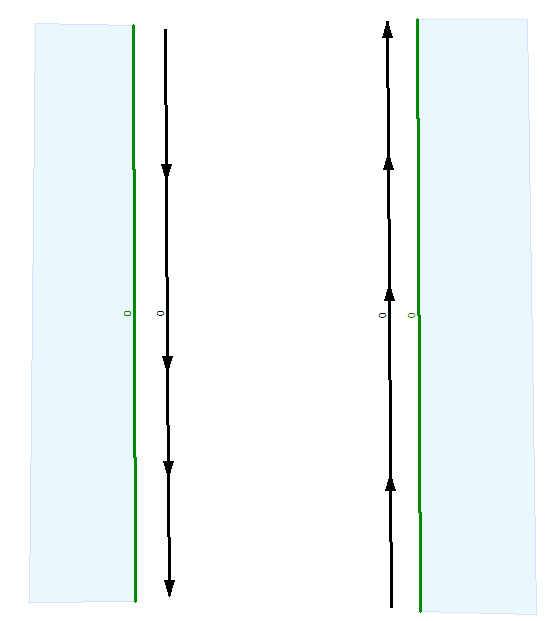 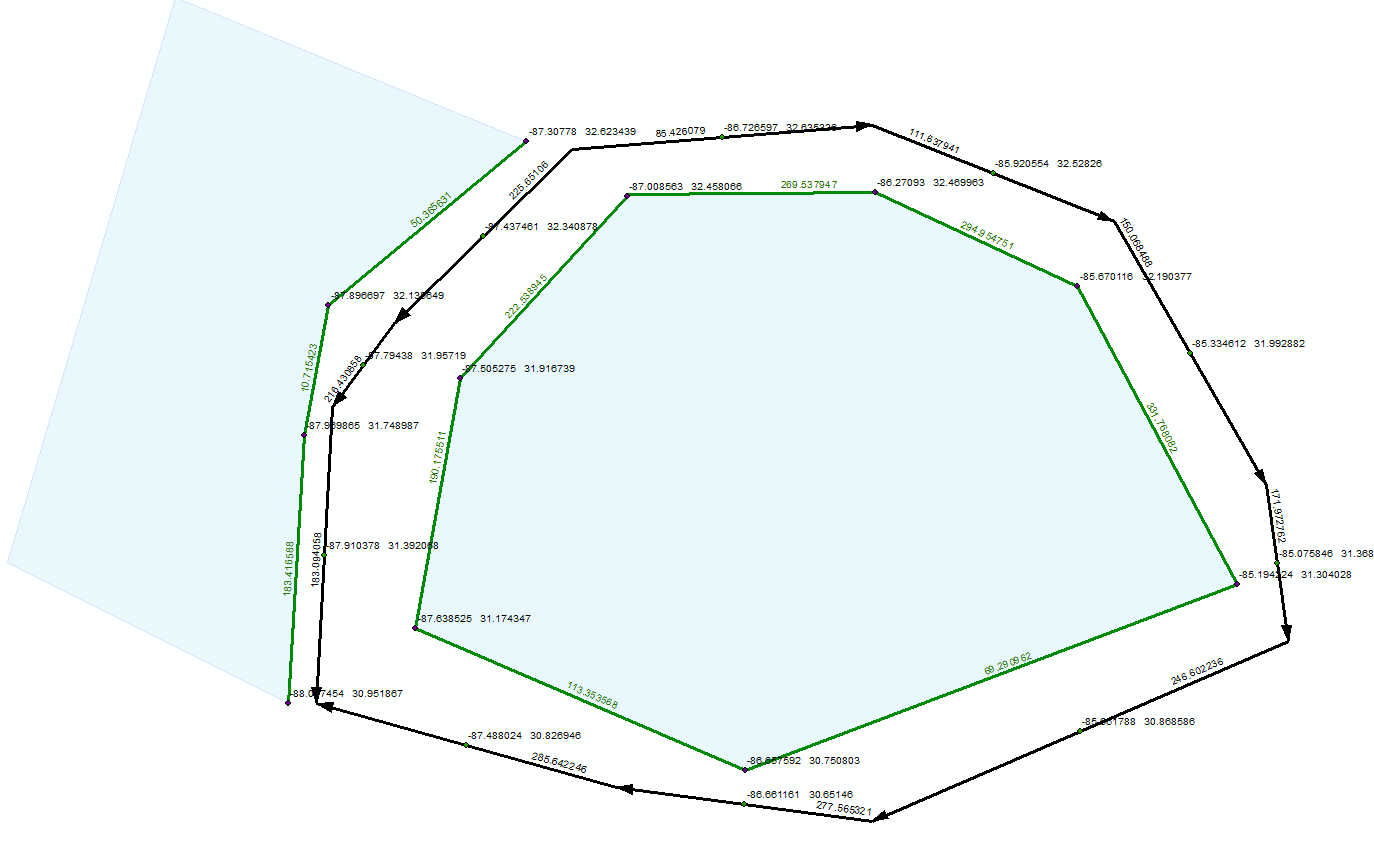 I've been using the formula (Bx - Ax) * (Cy - Ay) - (By - Ay) * (Cx - Ax) where A and B are line vertices of the green line and C is the midpoint vertex of the black line. This has created a positive or negative value signifying which side point C is on compared to the line but I do not know how to setup rules for how the black line should be orientated afterwards. I believe the answer lies within checking the black line's azimuth.

I've been calculating the azimuth of each line using:

Hopefully I understood correctly what you are asking, here is a method to determine if a point is on the left or right of a vector.

Given the a triangle created from the first and second point on the black line and the nearest point on the green line. 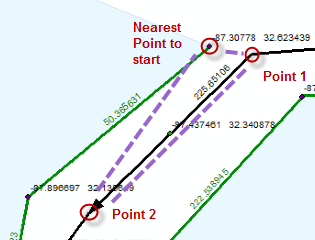 Determining if this is Clockwise or Anti Clockwise will indicate if the nearest point is on the left or the right side of the initial vector.

So if this returns a positive value you will need to reverse your line.

Depending on position of line segments this process might help: 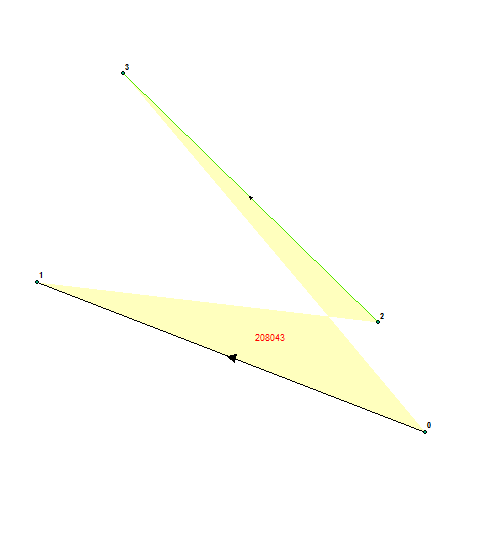 Not the answer you're looking for? Browse other questions tagged arcgis-desktop arcpy or ask your own question.

5
Convert polyline with Left ID and Right ID to polygons with ID
1
Filtering polyline features by direction using ArcGIS 10.2 (or ArcPy)
4
Snap Input Rules
9
“Greedy” clipping lines with polygon
0
Determine right or left side of polyline
4
Calculating distance from point to polyline
3
Selecting features in an ArcGIS attribute table based on values of other features in the same table using SQL
0
Pairing line segments that follow a similar path