I am attempting to warp a GTiff from a lat/lon projection to a higher (~2x) resolution Polar Stereographic grid.

In the output GTiff any cells north of 64 deg lat become NaN instead of their actual values.

I am using gdalwarp thusly:

What could be causing the output raster to have the blank area?

It's standard Polar Stereographic but with Central Meridian at -100 deg and latitude of origin at 60 deg.

The issue was caused by the large difference in coordinate systems. (The domain was self-intersecting in one of the coord systems). It was largely solved by explicitly entering the output extent instead of having GDAL attempt to guess it.

It works for me with a two-step-transformation:

A reason might be that your target extent crosses the 180° line, making the extent a self-intersecting polygon in the source srs WGS84: 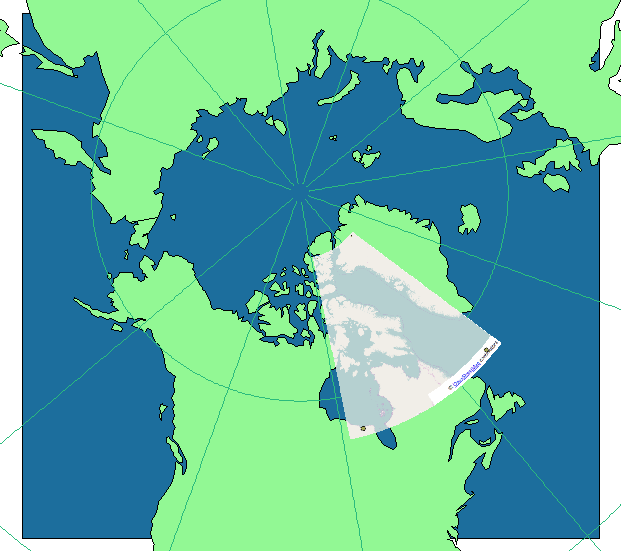 Try with larger number of sample steps -wo SAMPLE_STEPS=1000

Or with lower error threshold -et 0.01

Not the answer you're looking for? Browse other questions tagged raster gdal coordinate-system gdalwarp or ask your own question.