Is it possible to generate a boustrophedon pattern which fill a vector Region with GRASS?

Is it possible to generate a boustrophedon pattern which fill a vector Region with GRASS?

I have a vector region in GRASS. And I would like to generate a vector (a polyline) being the bostrophedon pattern which fill this region.

In the picture bellow, I have the "gray" area, and I would like to generate the red polyline automatically.

Is it possible with GRASS or another GIS tool ? 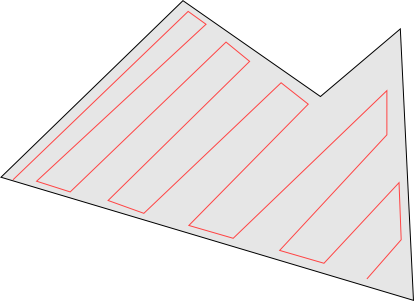 In a perfect world, the function will take the following argumets :

I have no idea about how to build such function, but the steps to perform might be 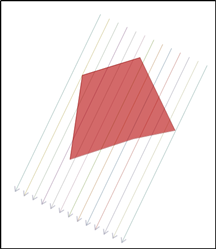 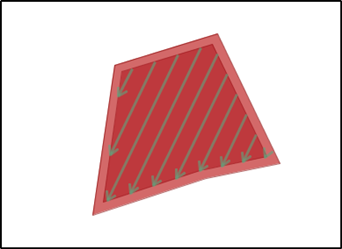 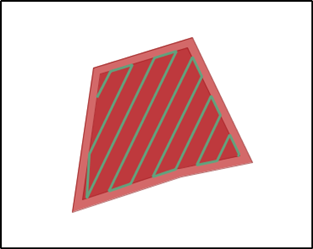 Not the answer you're looking for? Browse other questions tagged qgis grass vector or ask your own question.

4
How to access vector coordinates in GRASS GIS from python?
5
Create a new vector layer that fills space between other polygons in QGIS
2
How to iterate GRASS region definition?
4
Creating gradient hatching?
2
Cumulative distance along a raster stream network
1
Extract a line segment out of a polyline on the basis of numeric values (distances) defined as attributes [QGIS]?
2
QGIS Draw dynamically marker's heading from field in a postgres database
0
GRASS GIS: creating raster with a certain gradient and extent