I've found this map that shows the Pacific Ocean from http://www.transpacificproject.com: 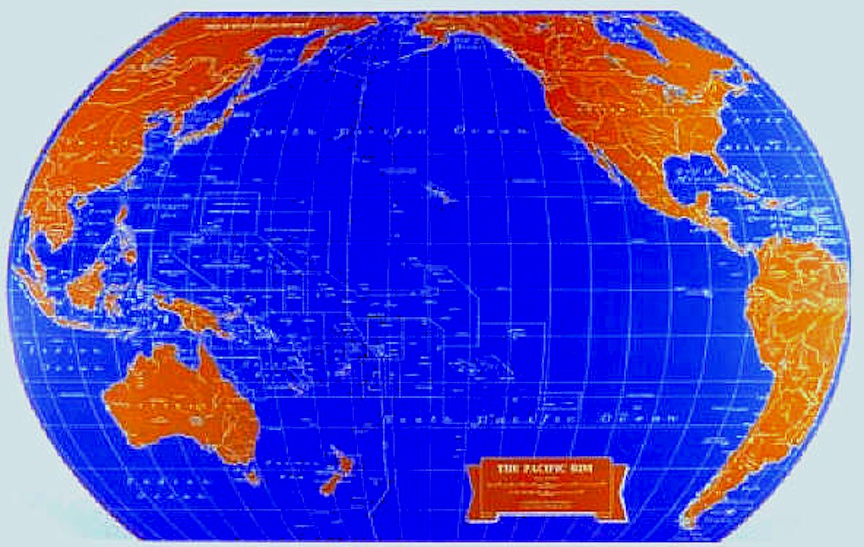 I'd like to produce a similar map, for the same region of the earth and I'd like to use the same projection as I think it illustrates well the distance between the continents.

I've searched for the name of this projection, but I don't think I know the answer yet. At first I thought it was Robison but according to Wikipedia:

The Robinson projection is a map projection of a world map which shows the entire world at once.

Which doesn't seem to be the case. (Can't see Europe and Africa here.)

So, my question is two-fold: what is the name of this projection? Should I use it to illustrate what I said earlier or should I use something else?

It appears to be a truncated Mollweide projection, centred on 160°W.

Googling the image gives http://odtmaps.com/detail.asp?product_id=WE-Pac-Rim-32x47rolled, which lists the projection as "Homolographic Equal Area", another name for Mollweide. Generating a Mollweide at 160W using http://kartograph.org/showcase/projections/#mollweide and overlaying gives an excellent fit:

As you can see, the map is truncated at approx. 60S, 70N, 55W and 95E. In addition, a blue border has been added, which could cause some confusion in the area of Brazil and the Alaskan/Canadian Arctic.

Mollweide is an excellent projection for full-Earth maps as it is equal-area and represents high latitudes accurately (not stretching the poles into lines), but given that it distorts significantly towards the edges and does not preserve distances, a distance-preserving projection such as two-point equidistant might be better if you want to show the distances between the continents bordering the Pacific.

Not as stylish, but you could use: 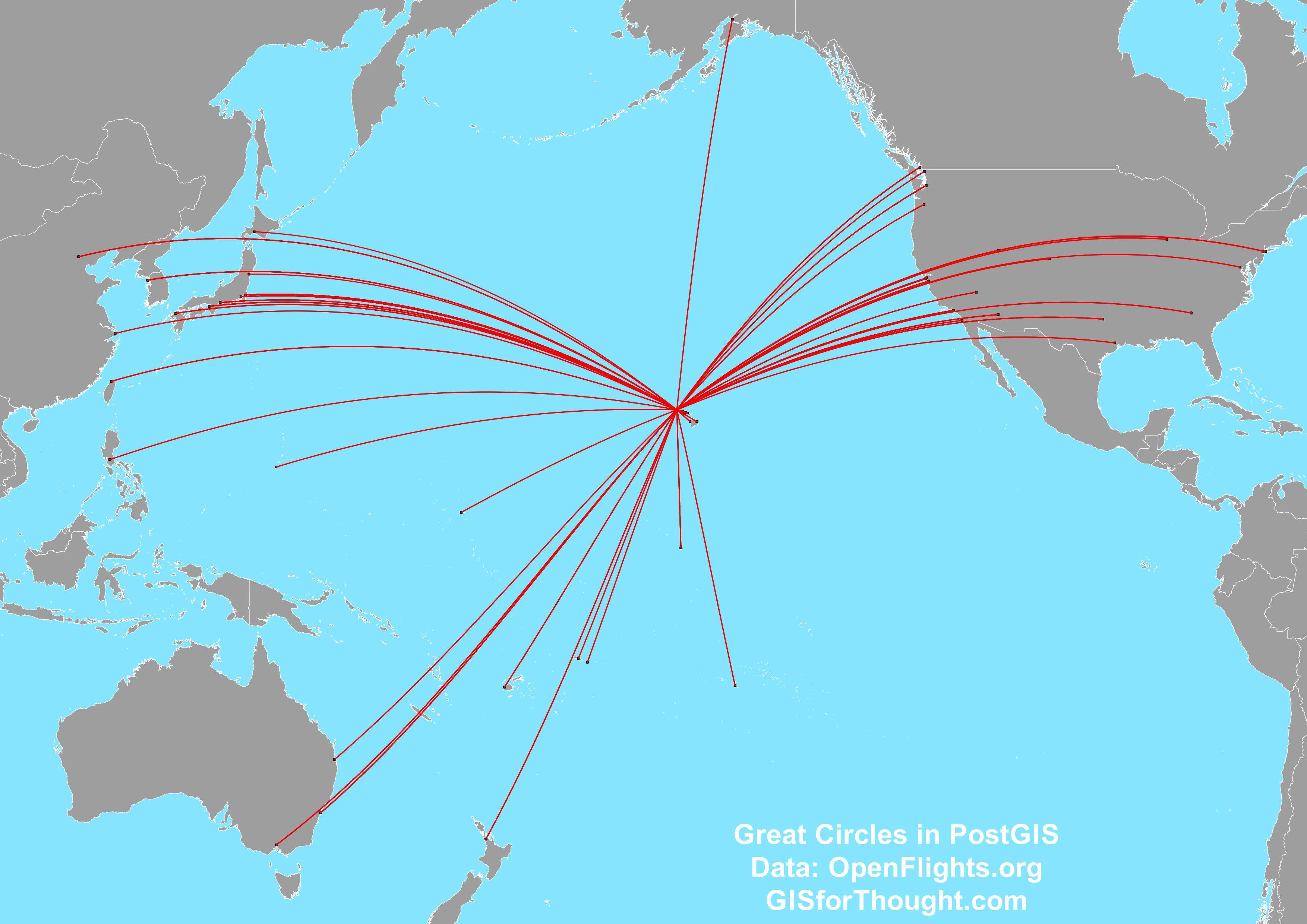 Although it is not exactly what you are asking for, you could have a look at World Vertical Perspective, which will not show the entire world, like a Robinson would, for instance.

You have not specified what software you are using, but I once made the following map in ArcGIS: 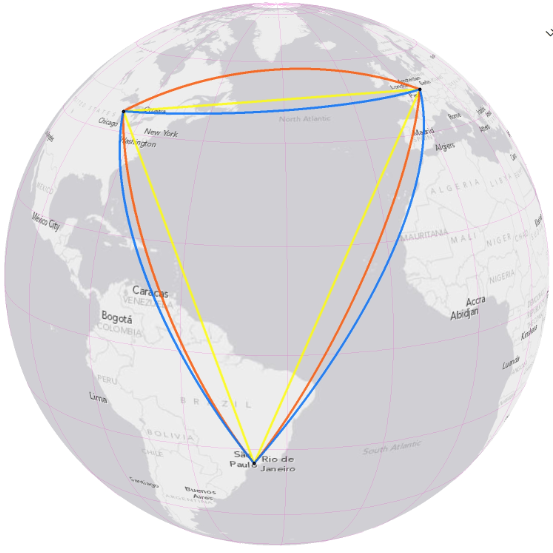 You would have to go into the projection parameters and change the standard meridian to make the globe spin to the area you want to show (i.e. specify a longitude value in the middle of the Pacific Ocean).


EDIT, March 18: Took me a few days to remember the name, but there is really cool software to work with projections. It is called Geocart. It is proprietary, but maybe you have access to it, or you can at least get the demo. This software supports a very large range of projections, including some obscure ones, and the projections themselves are grouped by their type, which is smart:

I do not know too many people who use it, but it is neat for projection geeks or for those who want to learn more about projections. Might also be a good starting point to find some of the more unusual ones, such as the Batman projection (OK, this one is officially called Hammer retroazimuthal, but look it up and you will get what I am talking about ;-) )...

In general any map centered on the Pacific is going to show how big it is. The Pacific is objectively large - 30% of Earth's surface.

Your map looks like it might be a cut-off Mollweide projection (notice that it not only cuts off Europe and Africa, but also doesn't show the poles or even the northern edges of the northern continents) - the cut-off latitudes cause the flat top and bottom edges (the poles on this projection are round), and the cut-off longitudes create the shallower curves, both of which are conventionally associated with the Robinson. The outline of a full Mollweide world map is a 2:1 ellipse.

I can't find a good example map centered on the Pacific, but here's the shape of a Mollweide map showing 120 degrees of latitude (centered on the Equator) and 180 degrees of longitude, compared with the whole world (EDIT: I misunderstood the projection - I am not sure exactly how much latitude my example image represents) 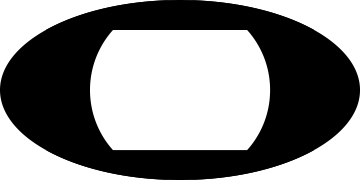 The image quality makes the map you posted very hard to read, so I haven't tried to determine what the exact cutoff latitudes and longitudes are.

It appears they borrowed the map from here. The projection is listed there as "Homolographic Equal Area".

0
Interpolation of CSV Data
0
Creating CRS of South West Pacific
3
Reprojecting over the Pacific Ocean with EPSG:3832 gives artefacts
1
How to have map project East Asia connecting to Atlanta?
1
Minimum cost path on the whole globe?

6
Is the Mercator projection or the Gall-Peters projection of the world more accurate?
6
Is there a name for map projections that produce two disks?
6
Map projection process for three-dimensional point cloud
2
Extent for Robinson projection?
6
Which coordinate system will prevent eastern Asia from splitting?
8
QGIS3 - Clipping polygons to a hemisphere for azimuthal orthographic projection
1
Lat/Long as X/Y value on a map image using Robinson projection