I want to simplify polygons using the "Simplify Polygon (Cartography)" tool in ArcGIS 10.2. Additionaly there is one point in each polygon and this condition should still be fulfilled after simplification. Therefore i created a topology, added the two feature classes and created a rule "Contains One Point".

When executing the simplify tool I selected "RESOLVE_ERRORS" (http://resources.arcgis.com/en/help/main/10.2/index.html#//007000000011000000), but the result isn't correct, there are polygons containing not exactly one point (as defined by topology). 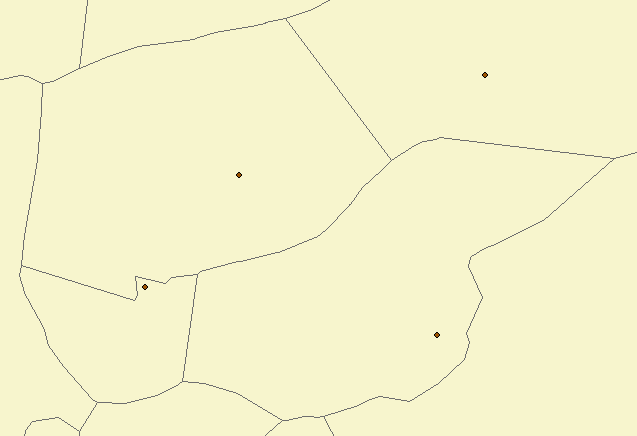 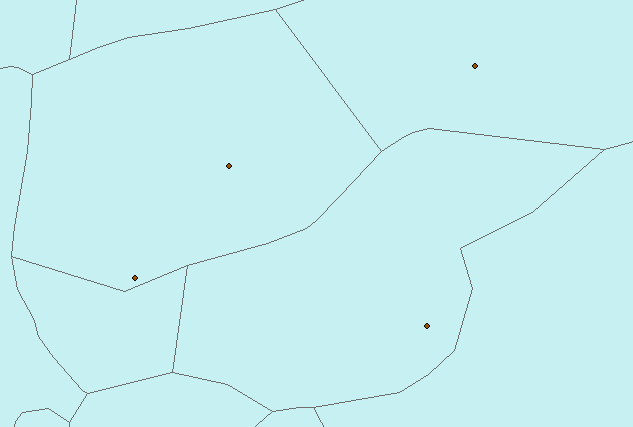 Have I done something wrong or is it a bug?

The topology referred to has nothing to do with custom topology rules that you set up. It applies to all polygons whether any topology rules set up by the user exist or not. The simplification errors that are checked include the creation of new self-intersections and the collapse of parts of the polygon down to lines or points. It is not a bug, since the tool does not represent itself as solving custom topology rules that are not actual errors for the standard creation of a polygon. In addition, with the Simplify tool you are creating a new feature class and that new feature class never participates in a custom topology. No tool exists out of the box that will do what you want.

Once you add the new feature class to your topology and apply the rule set up for the original feature class, you can identify the custom topology errors created by the Simplify tool when that topology rule is run using the topology toolbar tools, but beyond that you will have to resolve the errors it identifies. The simplify tool itself will not do that for you.

Not the answer you're looking for? Browse other questions tagged arcgis-desktop polygon topology simplify generalization or ask your own question.

7
Why do simplify polygon results differ between ArcGIS for Desktop and PostGIS?
3
Arcpy Update Cursor (arcpy.da.UpdateCursor()) not saving changes to 'SHAPE@LENGTH'
2
How to correct topology area boundary errors (slivers/gaps) on arcs in arcgis / arcsde
2
Generalizing (simplifying) polygon shapefile or feature class in ArcMap while preserving topology?
2
Simplify a shapefile/GeoJSON polygon without “uncovering” territory?
1
Polygons of different layers into one layer. ArcMap