How to erase polygon from another in QGIS 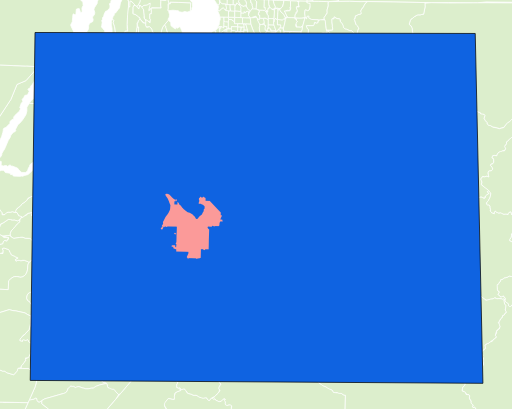 The problem was that the blue polygon was in another projection, and QGIS was projecting it on-the-fly. It seems QGIS geoprocessing tools perform operations in the defined projection rather than on-the-fly.

Difference is the right geoprocessing tool, but both the input and the difference layer had to be defined in the same projection.

I had the same problem with the CRS projection settings of the two layers that I wanted to difference.

Another requirement I found is that the two layers need to be of shapefile type. I had added a vector layer from gml input (qgis imports this as polygons) that would not difference with the blue square shape layer (drawn as shapefile). Saving the gml layer as shapefile layer (rightclick layer - save as) and then executing the differencing tool with that made it work for me.

This probably has to do with the fact that Qgis needs a projection file associated with the layer, this is only generated when saving the gml file as a shp file.

Not the answer you're looking for? Browse other questions tagged qgis geoprocessing differences or ask your own question.

2
Erase features from feature classes based on record ID?
6
How to select only polygons that overlap with another layer?
6
Can ogr2ogr “reverse clip” (or “clip out” or “erase” or “difference”) one shapefile from another?
1
Difference Tool (Polygon) Not Working
0
Processing Problems with the Difference (QGIS) and Erase (ArcGIS) Tool with big data
0
Splitting One Polygon By Boundary of Another using QGIS?
1
Subtract lines from lines in QGIS